How to Use Your Future Coffin as Furniture

Attendees at an eco-friendly workshop this fall will craft a piece of furniture meant to double as their own final resting place. 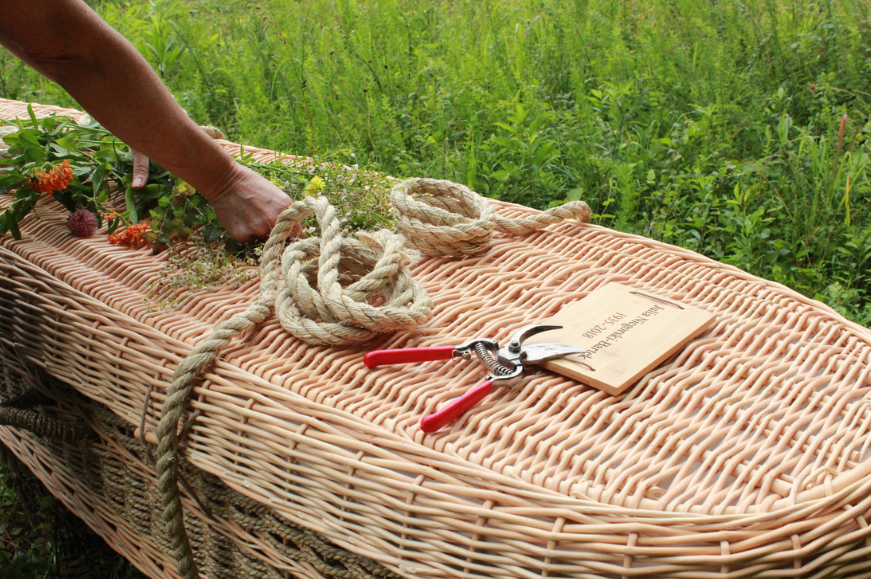 You’ve already heard of the pull-out couch — now get ready for the coffee table turned coffin.

The staff at Penn Forest Natural Burial Park in Penn Hills is offering a series of DIY workshops in which attendees can build a piece of simple furniture that can later be used as their own coffin.

The park staff will host the classes in Pittsburgh-area funeral homes certified by the Green Burial Council — an organization that seeks to care for the dead in an environmentally conscious way. The first two are set to take place at Hahn Funeral Home in Millvale and Burkett-Truby Funeral Home in Oakmont in early November. McQuilin says he’ll determine specific dates for the workshops based on the availability of the participants who sign up.

At the workshops, a maximum of eight people will craft a piece of furniture which can function as a coffee table or bookshelf during their lifetime, and then as their final resting place. Pete McQuillin, manager of Penn Forest, will bring the lumber, parts and tools, and attendees can either stay and build their piece with his instruction, or take the kit with them and assemble at home.

McQuillin says he decided to try the DIY coffin-making classes in Pittsburgh after hearing of their success with Green Burial’s Massachusetts chapter.

“We’ll keep doing it as long as people are interested,” McQuillin says. “I don’t know if it’s going to be a trend or a flash in the pan.” 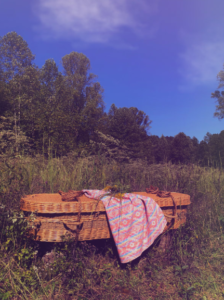 As he explains it, the benefits to making your own coffin are twofold — it’s both more sustainable and more cost-effective than the traditional funeral and burial process.

Thanks to the help of local woodworker Wade Caruso, the coffins will be 100% biodegradable and are gentler on the environment than the process of cremation, which emits pollutants such as carbon monoxide into the atmosphere.

The process is also less costly than a traditional funeral, as the DIY coffins are priced around $500 — compared to the modern casket price of about $5,000.

The custom-built coffins can also be personalized. McQuillin says families sometimes decorate the box with paint or handwritten notes before sending off a loved one — adding a personal, heartfelt touch to a typically somber affair.

“We’re trying to promote that as well as a better send-off,” he says.

McQuillin is gauging interest for future workshops on the Green Burial Pittsburgh Facebook page. Proceeds from the classes will go towards public events, including goat yoga and nature tours, as well as contributing to a larger forest restoration effort.