How to Celebrate a Leap Year Wedding Anniversary

Shannon Lewis and Grant Moss said “I Do” on Saturday, Feb. 29., and plan to celebrate future anniversaries in style. 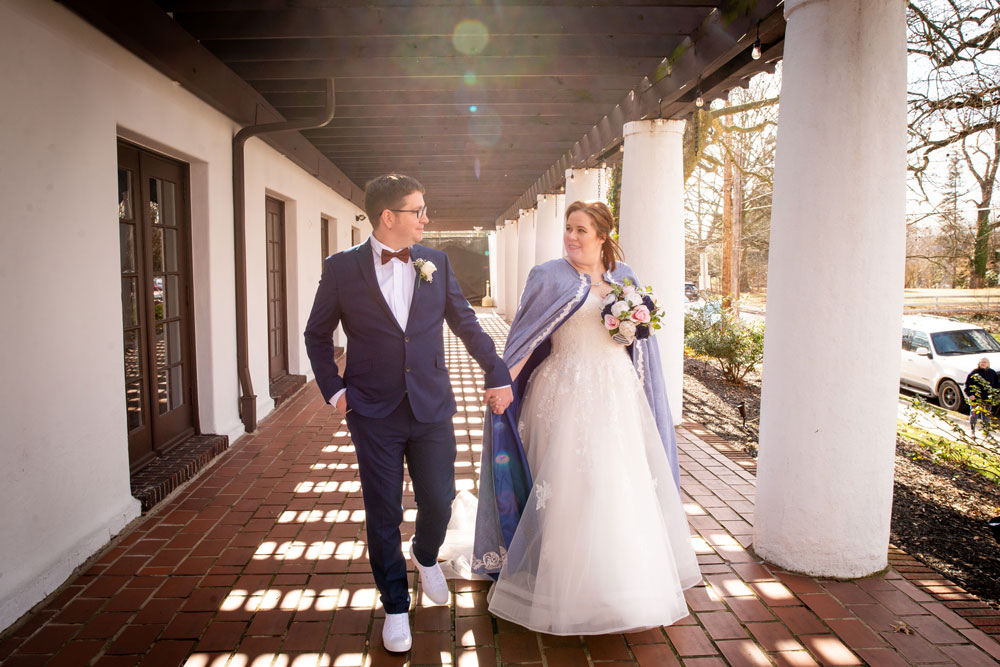 PHOTOS BY WITH JOY PHOTOGRAPHY

Shannon Lewis and Grant Moss became Mr. and Mrs. on Leap Day 2020. Although they tied the knot on a day that will only come around once every four years, they say it fits their personalities perfectly.

“Our first date was on Friday, Oct. 13, and it was the 13th when I proposed to her so when we were talking about doing something on the 13th, we looked and saw that March 13th was a Friday,” Grant says. “Then Feb. 29 was brought up and we said, ‘Done.’ We are a little quirky, and it really fits us.”

In regards to the holiday, many cultures have different superstitions or traditions. In Ireland, it is known as Bachelor’s Day, allowing women to propose to the men; if the man says no, he has to buy her a silk gown. The Greeks, however, believe it to be unlucky to marry on the holiday.

“At first, I was thinking, ‘How does the world feel about it?’ Many cultures believe it is bad luck to do it on the 29th so I thought, ‘Well, crap,’” says Shannon. “Then I remembered our first date was on Friday, Oct. 13. So we just said forget about it.” 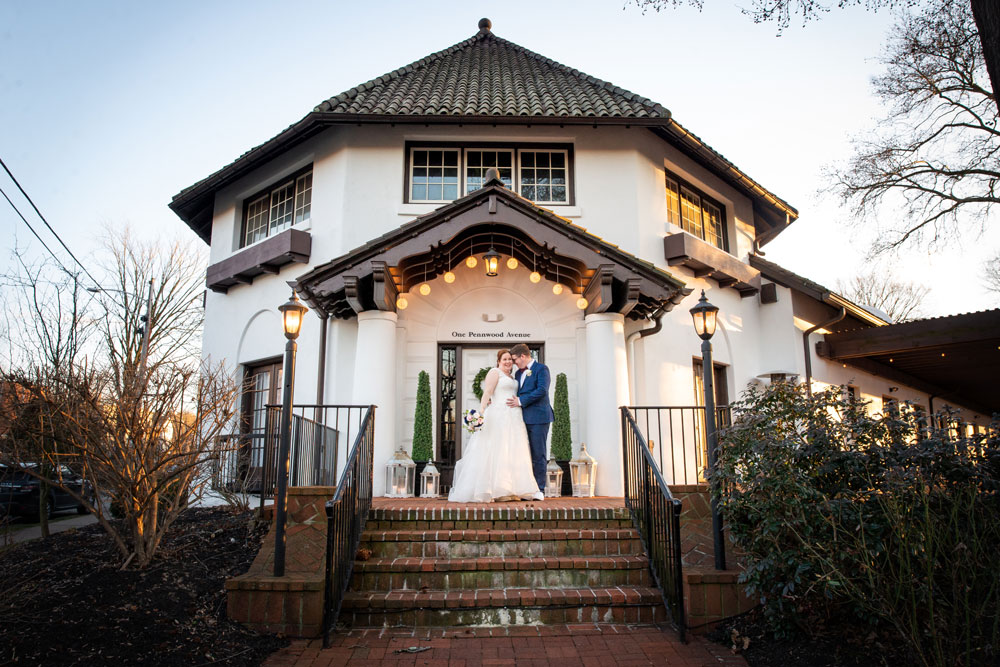 Feeling confident about their decision, Shannon checked with the venue they wanted, the Edgewood Club, and their officiant, the Rev. Canon Natalie L.G. Hall, and both were available.

“We thought it was perfect. I said, ‘Let’s get married on the impossible date. We will confuse people for the rest of our lives,’” says Shannon.

At the wedding, the couple and guests joked they were “taking a leap” and won’t be able to find their wedding day on a calendar.

They incorporated numerous personal details in their day. The Pixar movie “Wall-E” has special meaning for the couple — they have Wall-E and Eve tattoos and when Grant proposed he did so with a Wall-E themed box with the inscription, “It only takes a moment to be loved a whole life long.” Shannon gave him a pocket watch on their wedding day with the same inscription, and their first dance at their reception was to “La Vie En Rose.” They also had Wall-E figurines as cake toppers.

Shannon and Grant also planned some surprises for each other during the day: Grant appeared in a large dinosaur costume on the dance floor, and Shannon selected the song she would walk down the aisle to (“The Luckiest” by Ben Folds) without telling Grant. 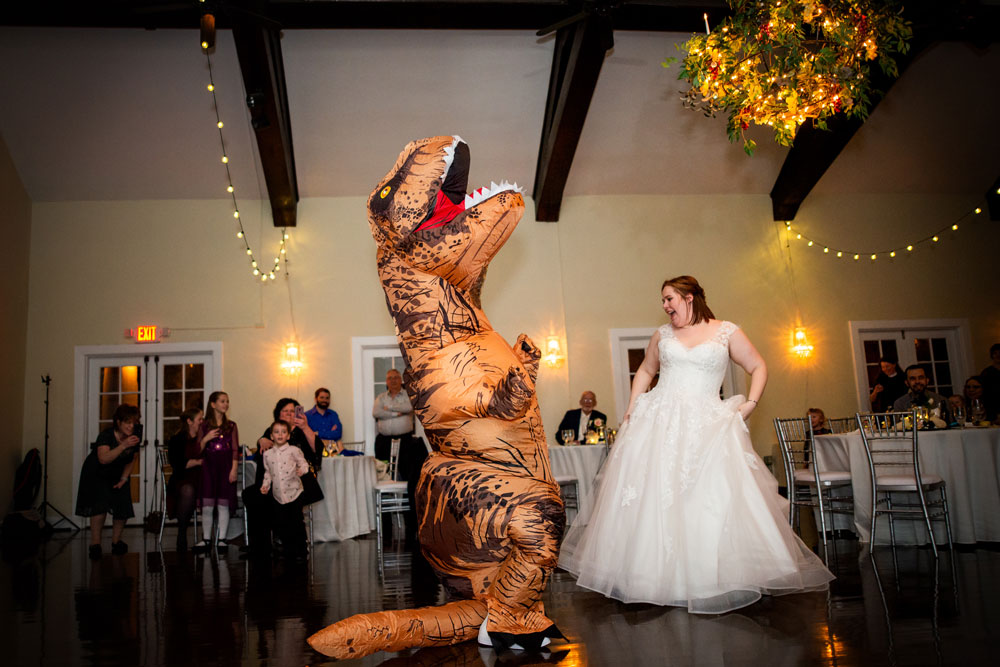 They also had a nod to the Pittsburgh parking chair, using chair die-cut cards for placeholders “since that’s the only way Pittsburghers know how to save a spot,” Shannon says.

They also selected two local charities to donate to and received $430 toward Humane Animal Rescue and the Greater Pittsburgh Community Food Bank.

Looking into the future, the newlyweds plan to celebrate their anniversary on Feb. 28 one year and March 1 the next. Then, every four years on their official anniversary, they plan to do something big with a trip or a special day.

“I said I was doing it right because I only had to remember [our anniversary] once every four years,” Grant says.