Two Pittsburgh brides weigh in on what size bridal party ended up being perfect for their special days. 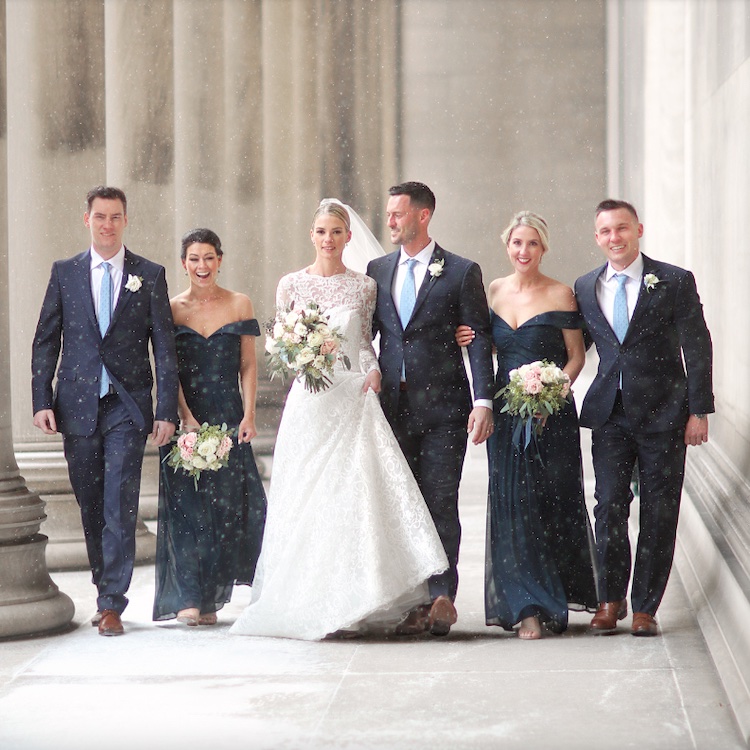 Whether it’s two people or 20, couples want the most important people in their lives standing by their side when they say ‘I do.’

When Jillian McCollum married Ryan Joyce on March 13, 2022, they held an intimate ceremony and reception with their closest friends and family only. Jillian chose to have her sister and Ryan’s sister as her bridesmaids, while he had his brother and Jillian’s brother as his groomsmen.

“I really wanted an intimate wedding, so I just wanted to include direct, immediate family in our party,” Jillian says. 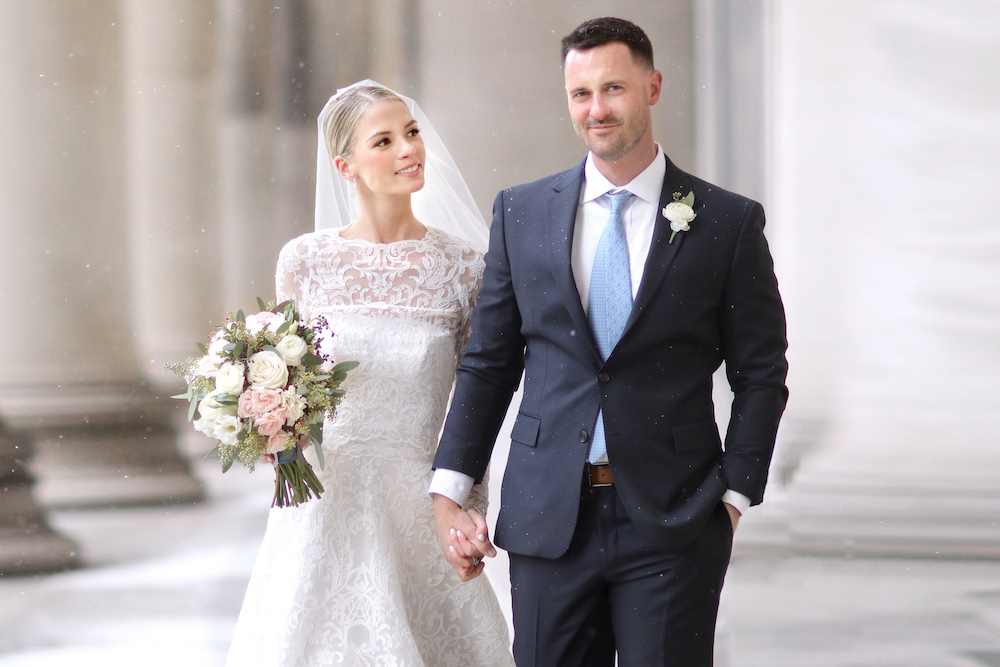 She notes that having a small bridal party made decision-making a lot easier. For example, when choosing bridesmaid dresses, she asked both women what they were comfortable wearing and provided them with a few options.

“It was very simple,” says Jillian. “It took a lot of stress off the table to have two people, especially those two people being your sisters.”

Involving family is among Jill’s top recommendations for brides-to-be.  She says she’s seen plenty of weddings where brides have a huge party full of girlfriends they eventually drift away from.

“Your family will always be your family, no matter what,” she says. 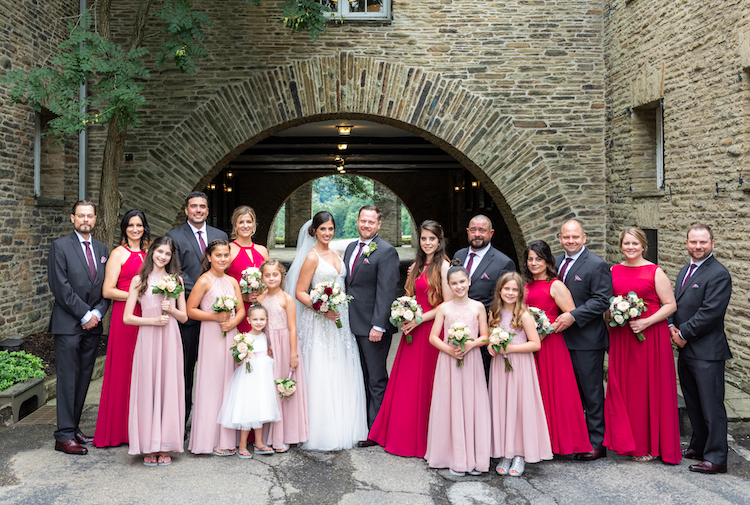 When Cathy Caggiano was preparing for her July 9, 2021 wedding to Jacob Baker, she also made sure to keep family in mind. However, that manifested itself in a bridal party with one matron of honor, four bridesmaids, five junior bridesmaids and one flower girl.

“Both my husband and I are very big on family, and it was important to both of us to include our family in our bridal party,” says Cathy.

Jacob chose to have his four brothers and Cathy’s brother serve as groomsmen, while Cathy included her cousin as her matron of honor and Jacob’s three sisters as bridesmaids. Additionally, she asked her cousin’s daughters and her four nieces to be junior bridesmaids and flower girl. 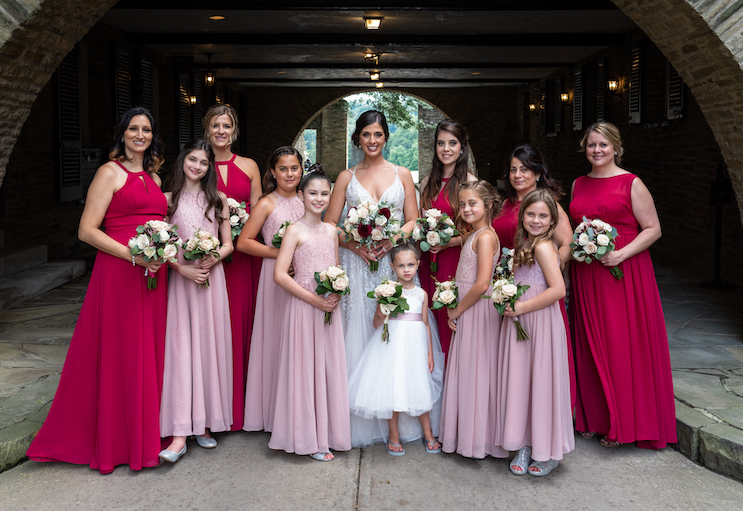 Cathy admits a large bridal party was a lot to coordinate at times.

“There is nothing wrong with a large bridal party,” she says. “Just be very organized and plan accordingly.”

During the planning process, she prioritized choosing people for her wedding party who had always loved and supported her, rather than people who she felt obligated to choose. Just because you were a part of a friend’s wedding four years ago doesn’t mean you have to ask them to be in yours,” she says.

Cathy also recommends that brides be understanding if someone isn’t able to be in their wedding party, as it’s a big commitment. Another piece of simple, yet effective, advice? “Go with your gut,” she says.