How Scratch & Co. Is Embracing Flexibility

Owner Don Mahaney is navigating the COVID-19 pandemic by putting the health of his workers first. 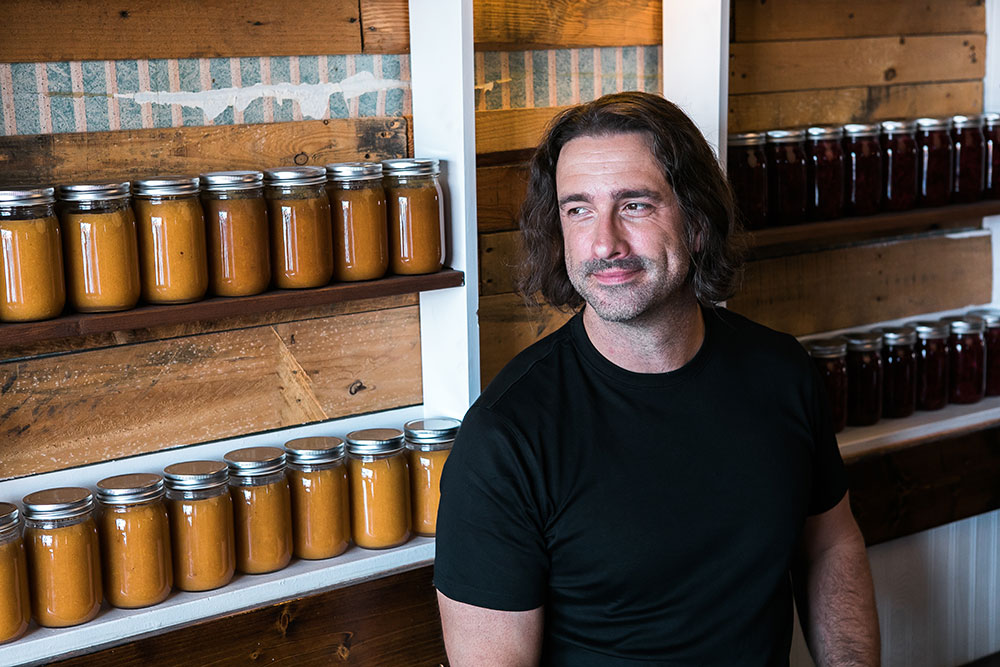 On a warm Tuesday night in late September, Froman Street in Troy Hill is a mellow buzz of diners eating and drinking in the newish outdoor dining space of Scratch Food & Beverage, an establishment that in its five years has straddled the line of destination dining restaurant and neighborhood pub. A Tuesday at Scratch used to mean crowds gathered for weekly trivia night. This year, it means ordering a meal on your phone for contactless payment and eating at physically distant tables. But the energy is still high, as is the level of hospitality that’s become a signature of the establishment.

“With so many external uncertainties, we have to look right in front of us for opportunities we can control and make the best with those circumstances,” says Scratch’s owner, Don Mahaney. 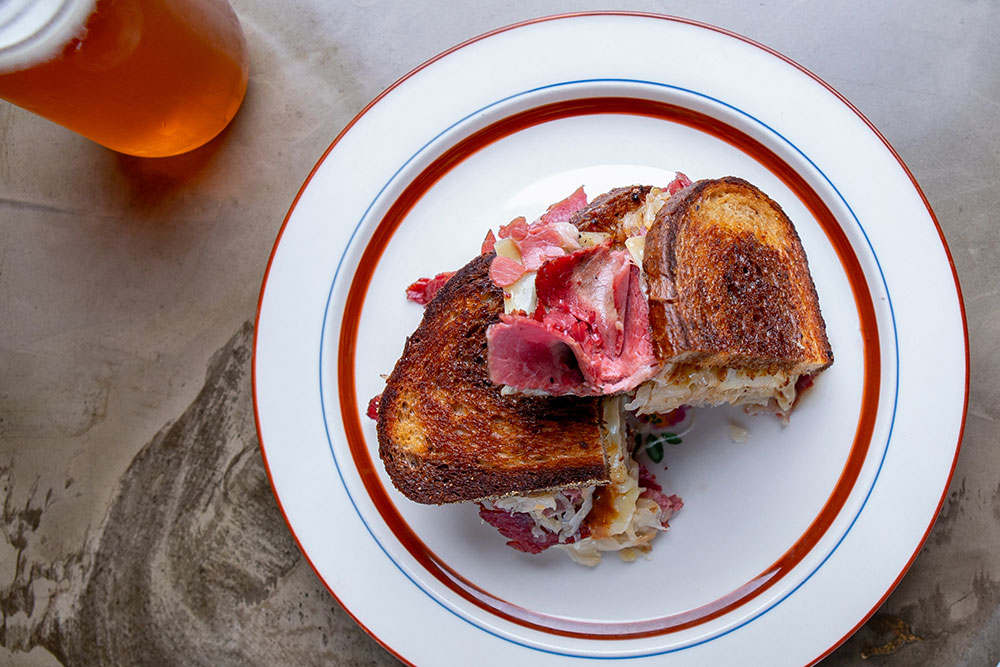 CHEF ANDREW SZUMINSKY AND SCRATCH OWNER DON MAHANEY ARE EMPHASIZING A MENU OF FEEL-GOOD ITEM, SUCH AS THE REUBEN SANDWICH WITH HOUSEMADE SAUERKRAUT THAT CAN BE ASSEMBLED SAFELY BY THE STAFF.

As the COVID-19 crisis stretches into its seventh month, Scratch has emerged as a model of flexibility in navigating its consequences and uncertainty. Mahaney and his team have embraced changes as they happen and have managed to maintain a neighborhood- and worth-driving-to dining experience while emerging as a hub for food access in a challenging time.

“Every change is guided by how we can create a situation where our staff is gainfully and safely employed, and we are contributing to the overall benefit of the community,” Mahaney says. “A lot of things can happen when you’re working within the framework of those criteria.” 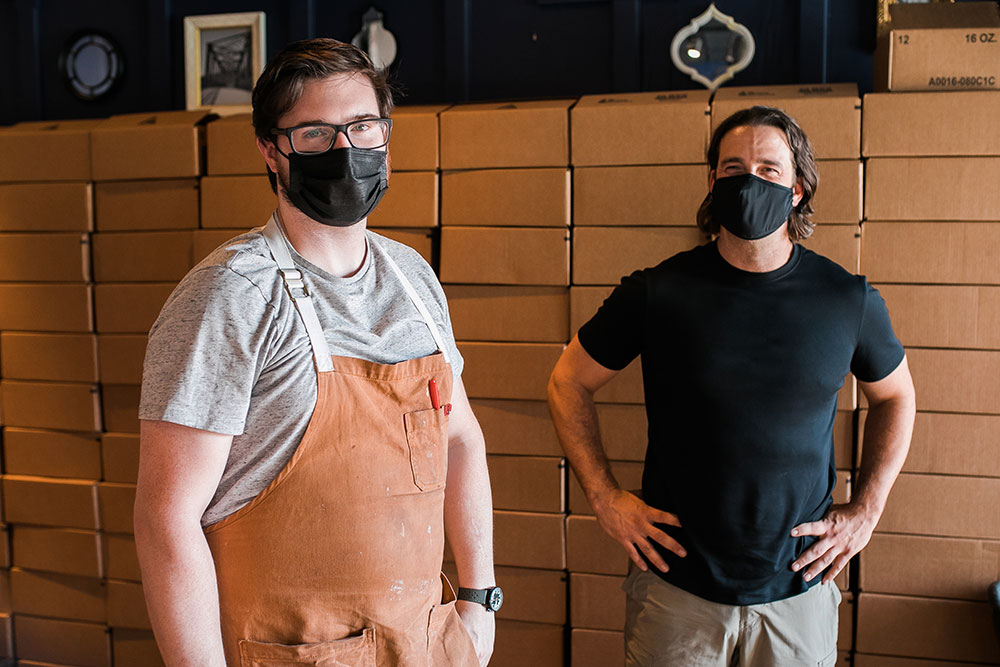 Over the summer, Scratch’s chef Andrew Szuminsky put together a dynamic menu of dishes that includes feel-good items such as layered, mostly vegan, grain and vegetable bowls popping with flavor; comforting slow-pot dishes such as gumbo; decadent cannelloni variations; and a smattering of sandwiches. The offerings are easy-to-enjoy crowd-pleasers, ready to be consumed on the premises yet able to hold their quality if transported home or as part of a picnic.

More importantly, Mahaney says, the menu is designed to minimize his staff’s risk of exposure to COVID-19. When a cook tested positive for COVID in July, Mahaney immediately shut down the restaurant. Although everyone else tested negative, he decided that the one positive test was enough of a prompt to change the way his kitchen operated. “There was an identified weakness with everyone in our kitchen standing so close to each other, even if we were wearing masks,” he says.

So rather than run a more traditional cooking system in the restaurant’s pocket-sized kitchen, Szuminsky and Mahaney designed a menu that can be prepared and assembled in component stages, which allows the kitchen staff to remain separated from one another. The move followed in line with Mahaney’s drive to keep his team employed throughout the pandemic. He also instituted a no-tip model for his front of house staff, operating under the logic that with restaurant sales rollercoastering for an uncertain time, it would be a thoughtful decision to pay his staff a single, steady wage. 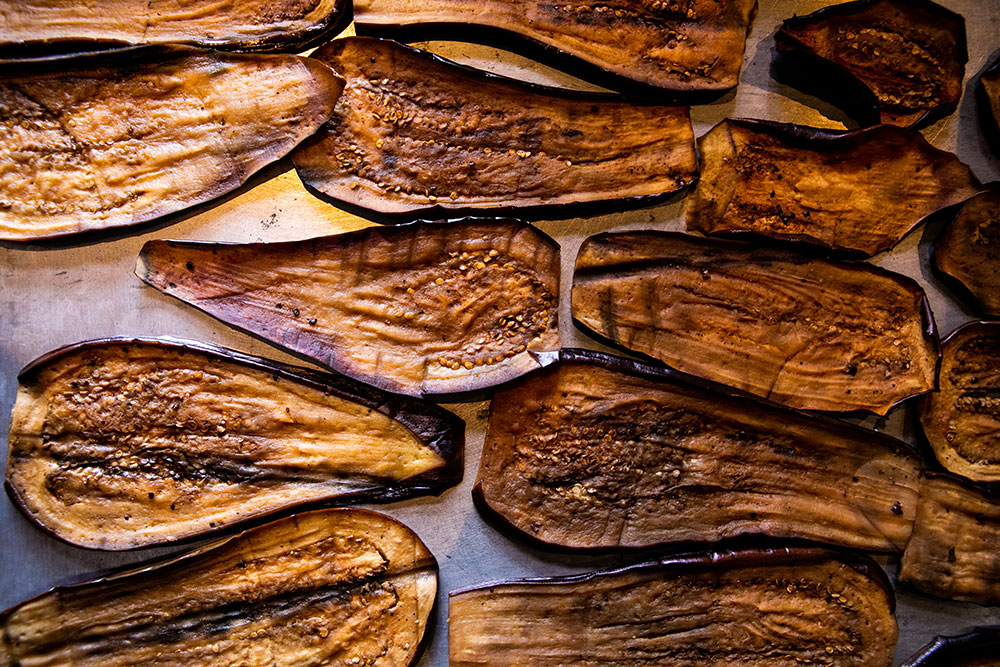 SCRATCH’S OWNER DON MAHANEY IS SPINNING OFF A PROVISIONING COMPANY, SCRATCH & CO. MADE BRAND, WITH AN ARRAY OF LOCALLY GROWN AND MADE PRODUCTS SUCH AS SAUERKRAUT, DELI MEATS, FRUIT BUTTERS AND PICKLES.

Among the other kitchen changes were converting the restaurant to a neighborhood market that included everyday household items in late March; that initial market concept is mostly phased out, but some items still are available. In April, Scratch introduced crockpot kits, a smart solution for weekly meal planning. To help parents navigate the challenges of teaching and working from home, there now is a subscription service for school lunch boxes that includes a weekly supply of housemade deli meats, cheeses, dips such as hummus and baba ganoush, sandwich bread, grain and vegetable bowls and soup; a dinner box is also available. “Whatever happens, we want a menu that people can enjoy just as easily at home as they can in the restaurant,” Mahaney says. 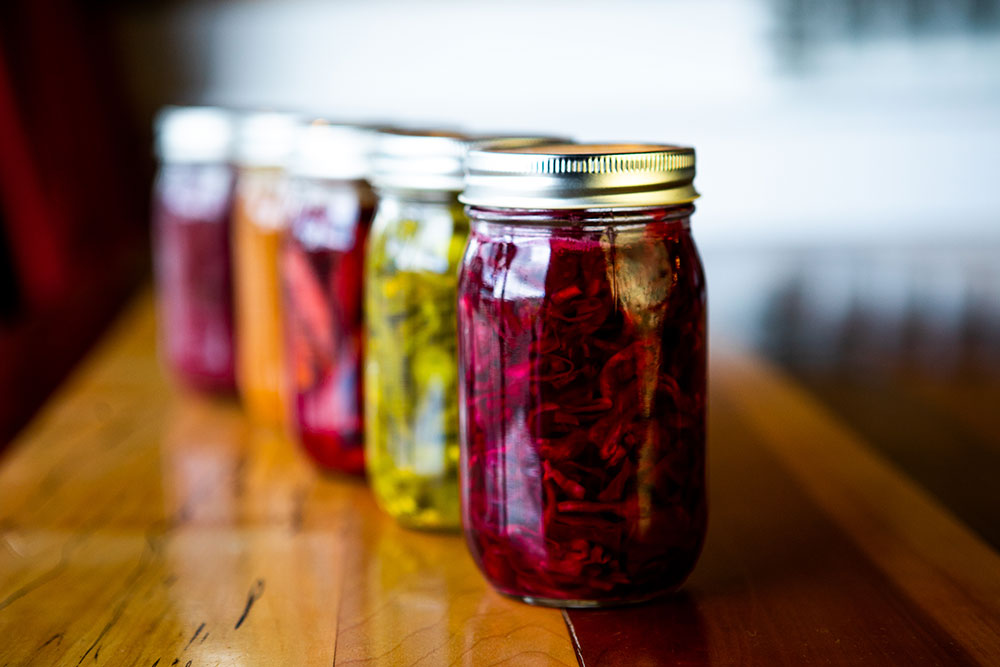 Mahaney’s efforts have extended beyond staff and customers, too. In March, he introduced a temporary pay-what-you-can meal to help people during a period of financial uncertainty. During the depths of the crisis, his community work also included acting as a hub for free distribution of donated produce and joining other Pittsburgh restaurant owners in preparing free meals for out-of-work restaurant industry members. On top of that, he has since April delivered grocery and sundry packages to seniors as part of a partnership with Wesley Family Services and the United Way.

Mahaney just made his next pivot, rebranding his business as Scratch & Co. to better represent the community aspects — including farmers, collaborators and customers — that encompass the business. He’s spinning off a provisioning company, Scratch & Co. Made Brand, with Kevin Klingensmith running the culinary operations. The idea is to offer an array of locally grown and made products such as sauerkraut, deli meats, fruit butters, and pickles at the same price as those from the global supply chain. By cutting all of the steps in the middle of the supply chain and working with local food retail businesses such as Wild Purveyors, Mahaney believes he can pay his employees a fair wage and reduce the carbon footprint of his business while offering tasty things for his customers at an affordable price. 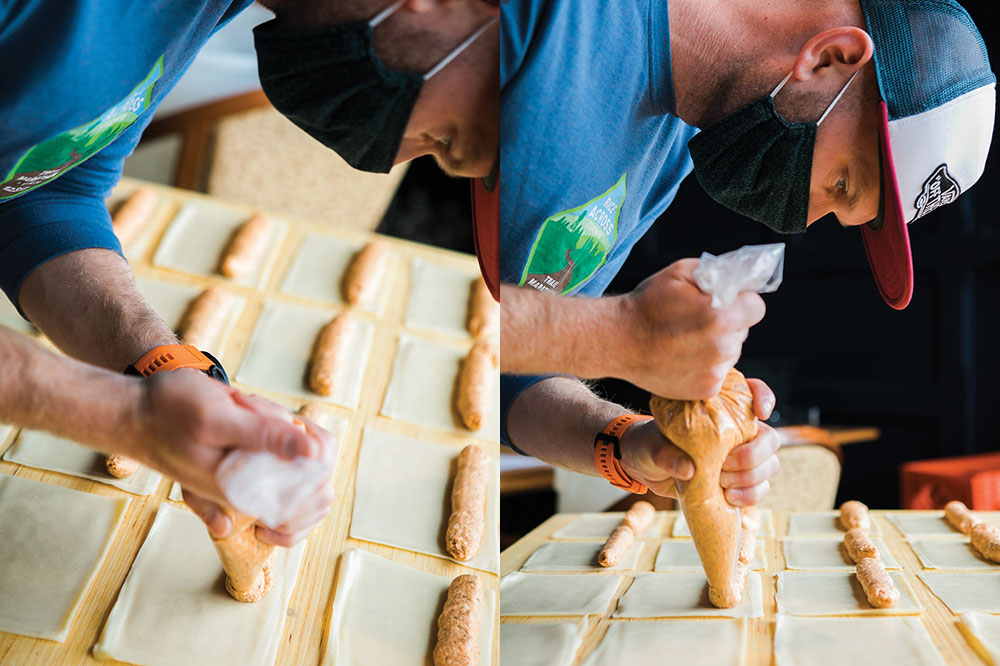 “I believe there is a great opportunity to create a systems-level change for how we get our food. The social good that comes from it is a definite driver for us,” he says.

Mahaney says the plan is to sell Scratch’s Made products at the restaurant and online, and he hopes to be on the shelf at delicatessens, grocers and small market shops throughout the region. On top of that, Scratch will continue its charitable work through an initiative called Share, and Mahaney has also launched an events and catering component.

As for the restaurant, Mahaney says he’ll continue to embrace fluidity with the way it’s run. Indoor dining returned in late September, with temperature checks and contact tracing measures in place, as well as a service model that limits staff exposure to guests.

“We’ve been blessed with gracious guests coming into the space and being flexible with modified menus and service models. But we don’t know what’s going to happen with cases. We’re determined to assure our safety and guests safety through all the best practices we can implement,” he says.

This article appears in the October 2020 issue of Pittsburgh Magazine.
Categories: Eat + Drink Features, From the Magazine, Hot Reads

The 12 Best Vegan and Vegetarian Eateries in Pittsburgh