The MLK Mural Project is recruiting both professional artists and young people to help with its latest endeavor. 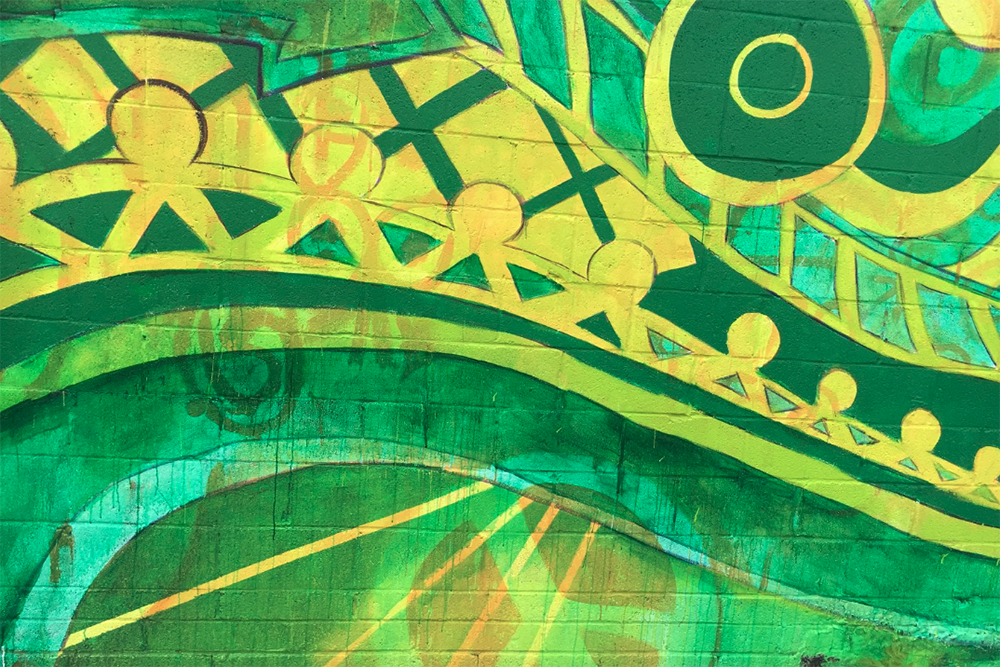 It’s being billed as the largest mural in Pittsburgh history, and you can help paint it.

Moving Lives of Kids, also known as the MLK Mural Project, released a request for qualifications as part of its search for artists to take part in its newest project — a series of murals on the facade of the new Salem’s grocery store at 1850 Centre Ave. in the Hill District. The market, selected to open in the old Shop ’n Save location, has provided three out of the four sides of its building for the public art project, called PGH Art Park, which organizers say will be completed in phases.

Phase 1, scheduled to begin on July 17, will consist of two murals designed by artist Kyle Holbrook, a prolific muralist who has led similar projects with kids, such as the Liberation Wall in Homewood that chronicles Black history (currently the largest mural in Pittsburgh, completed in 2021) and the portrait of Roberto Clemente on the side of the Clemente Museum in Lawrenceville.

The first mural in the latest project, titled “Welcome to the Hill District,” will showcase the rich history of the neighborhood, and the second, “Roses Grow Out of Concrete,” will highlight historical figures in Black history. Each will have a QR code that folks can scan to learn more about each figure, as well as access links to local organizations within the community.

The second phase, starting Sept. 17, will feature murals by Holbrook as well as 15 local, national and international artists, and the third and fourth phases — dates still TBA — will eventually feature seating, sculptures, mosaics and digital art like NFTs, or non-fungible tokens.

The goal, according to the MLK Mural Project, is to have 1,000 youth participate in the painting of the community murals as part of Phase 1. Dance groups, musicians, arts organizations or other groups are also welcome to perform, paint or have a booth at a community event slated for July 17 from 1 to 6 p.m. Additional community events are planned for Aug. 21 and Sept. 17, too.

Anyone interested in participating is invited to email PGHArtPark@MLKmural.com with a cover letter, short biography, portfolio of relevant work samples, a curriculum vitae including the last 10 years of relevant exhibition or work experience. Documents should be submitted as a PDF.

The RFQ is for professional artists or performers; youth interested in participating can fill out a form here.

The project stems from the recent uptick in gun violence both in Pittsburgh and throughout the U.S. Holbrook has lost 46 childhood friends to gun violence, according to the MLK Mural Project.

“The increased amount of shootings, mass shootings and the ages of the victims being so young, the importance of this project is greater than ever,” Holbrook said in a statement. “Art can be a powerful tool to inspire, educate and symbolize peace.”

Started in 2002, the MLK Mural Project is celebrating its 20th anniversary this year. To date, more than 7,000 young people and hundreds of professional artists have helped to create public art designed to reach local children during the summer months, when they’re not in school. The organization has created more than 320 murals in Western Pennsylvania to date.