The WQED host has spent the past two decades educating and entertaining Pittsburgh's home cooks. 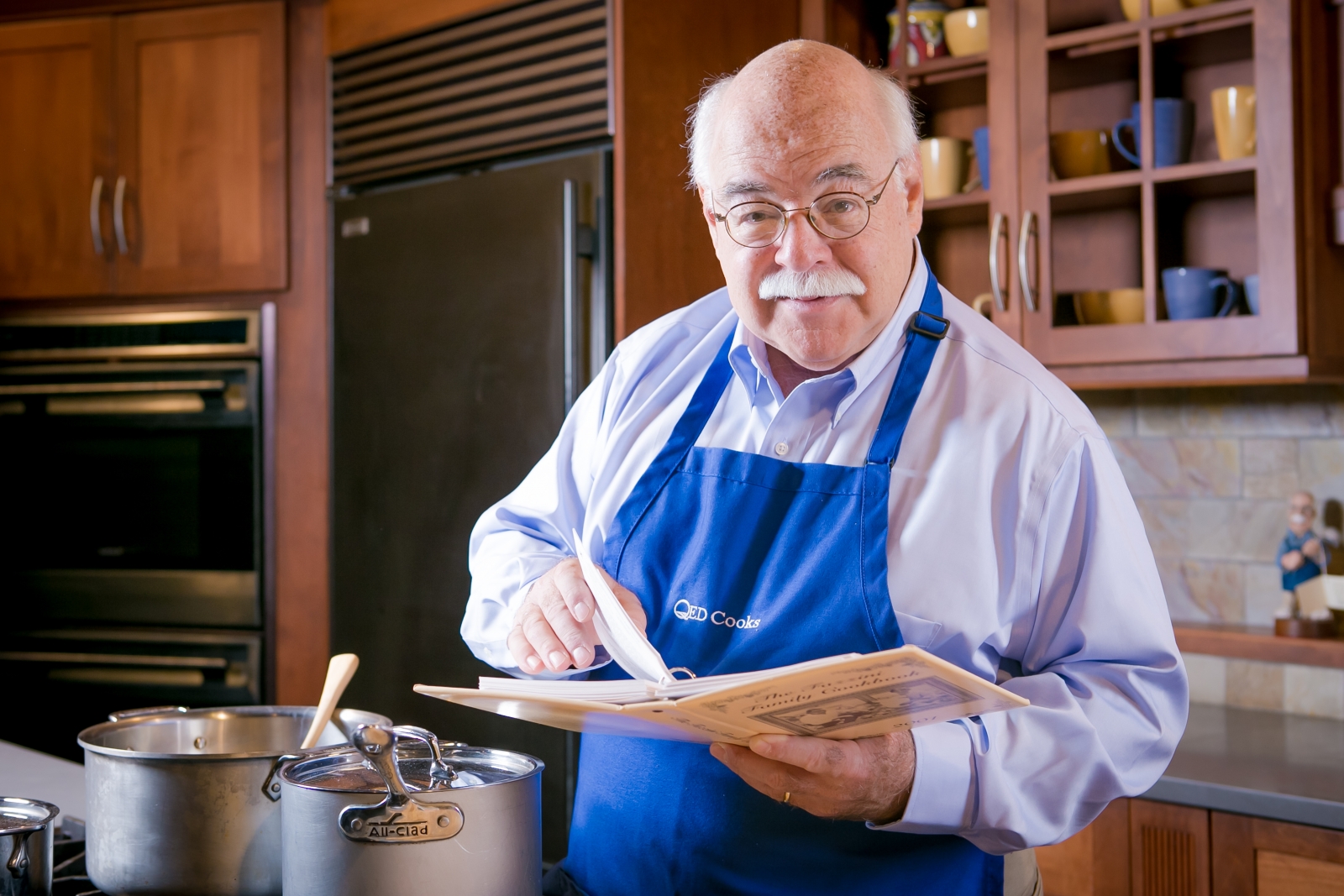 Chris Fennimore’s two decades of Saturday-morning cooking shows on WQED began with a crush on a woman named Laura. And way too much zucchini.

The retired director of programming for the country’s original public broadcasting station met Laura Formella in the church choir, and he soon volunteered to help with her community garden plot. “I put in zucchini, peppers and tomatoes — things an Italian would put in a garden,” he says.

Fennimore was born in 1947 to an Italian-American family in Brooklyn. His grandmother ran the weekly Sunday dinner, which regularly had 30 people eating from a spread of 10 or more dishes. Fennimore says because there was so much food, “You got started [prepping] as soon as you were old enough to do anything.”

Even with that childhood of Italian cookery, he was stuck for ideas when faced with a bumper crop of zucchini in summer 1993. So he produced a quick promo asking viewers to share their favorite recipes. They poured in.

Fennimore turned those recipes into a cookbook offered as a thank-you gift for contributing to the station. He and colleague Nancy Polinsky demonstrated some of those recipes on-air in a show WQED staffer and Pittsburgh Magazine columnist Rick Sebak named “Zucchini Cheesecake and Other Ways to Prepare Summer’s Most Abundant Vegetable.” In the pre-Food Network era, it was a pretty big deal. 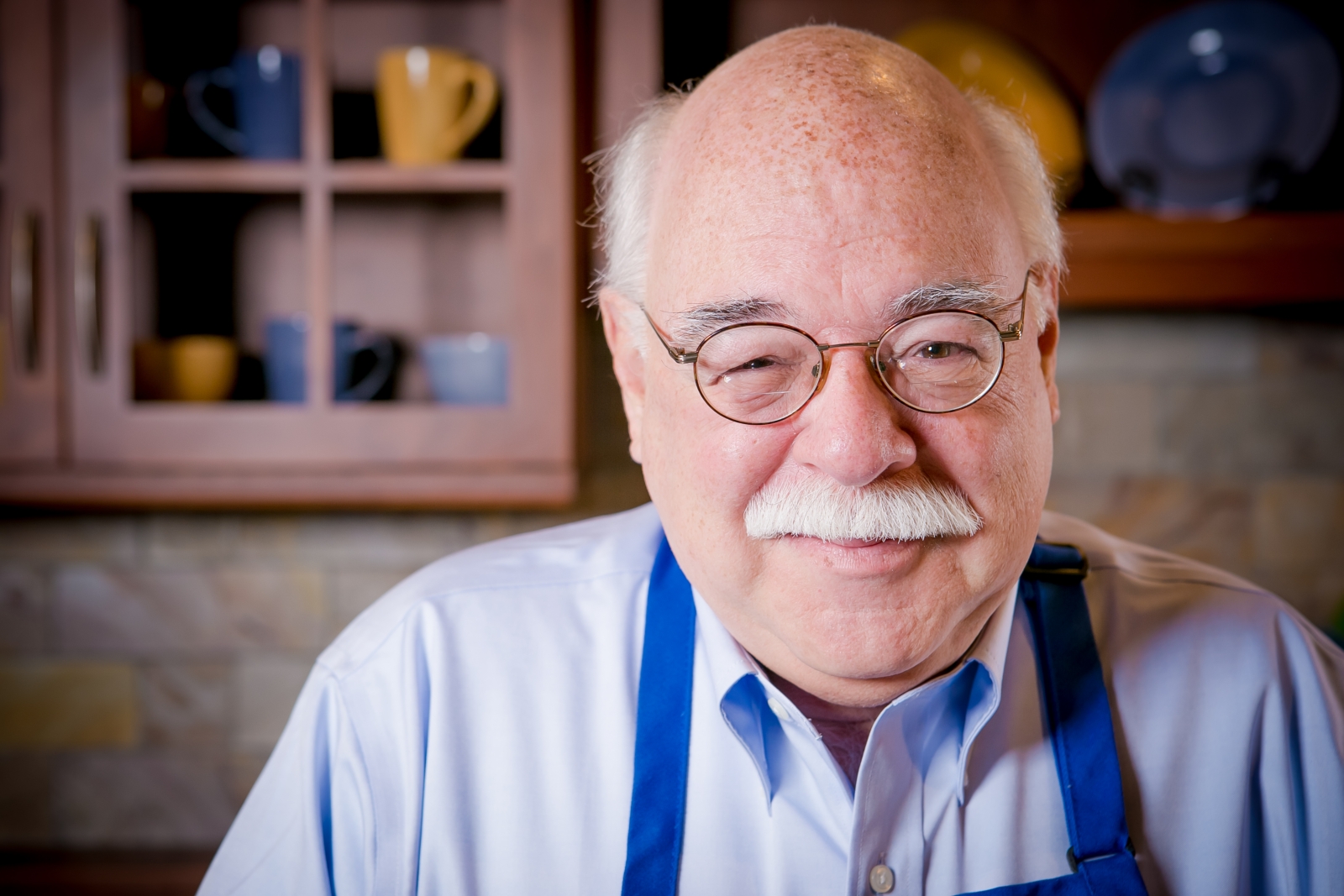 “We weren’t actually cooking,” Fennimore confesses. “We’d say ‘chop like this, then do this,’ and then we’d show them what the finished dish looked like.”

Nevertheless, it was a hit. “The phones went crazy,” he says.

The station quickly scheduled a second show, ‘”C is for Cookie,” which aired on Dec. 4, 1993. “I know that date because that’s the date I married the girl from the garden. We did the show in the morning, and I got married in the afternoon.”

Since then, he's cooked with Pittsburgh through the rest of the alphabet and beyond; more than 120 shows, each with its own cookbook.

Fennimore says that in the older cookbooks, "recipes could be three ingredients and two of them were processed foods like cream of mushroom soup," but now home cooks are more sophisticated. He also says cooks are more likely to fully embrace their ethnic heritage rather than try to smooth it over with Americanized edges.

What hasn't changed though, is the importance of collecting and sharing the stories and recipes of home cooks. "Family recipes are not just cooking instructions. They're about history: family history, cultural and ethnic history, social history. These [first] recipes, they weren't just a list of instructions on how to prepare zucchini. They were the stories of the people who sent them in," he says.

Fennimore Family Manicotti
Manicotti was a treat for our family, not because it was so difficult but because it was labor-intensive. We would all gather around the table to help fill and roll the crepes.

This article appears in the January 2016 issue of Pittsburgh Magazine.
Categories: Eat + Drink Features, From the Magazine, Hot Reads