Have you ever considered adding dinosaur bones to your rings? You might now. 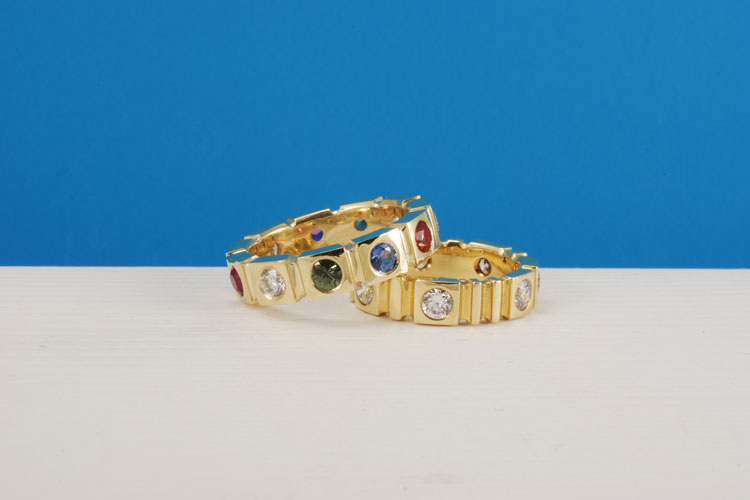 Every couple has a unique love story that reflects how they first fell in love. If they want their wedding rings to reflect their love story, they might consider customization.

Meghan Sanders, a sales associate at Henne Jewelers, says birthstones are a great way to personalize and brighten up a ring for couples who want to move away from the traditional platinum or gold and incorporate color. If a couple has children or wants to honor other beloved family members, they can even put their birthstones in.

Robert Hallett, owner of Robert Hallett Goldsmith, says diamonds and sapphires come in almost every color of the rainbow so they’re a reliable — and beautiful — way to get both color and durability. 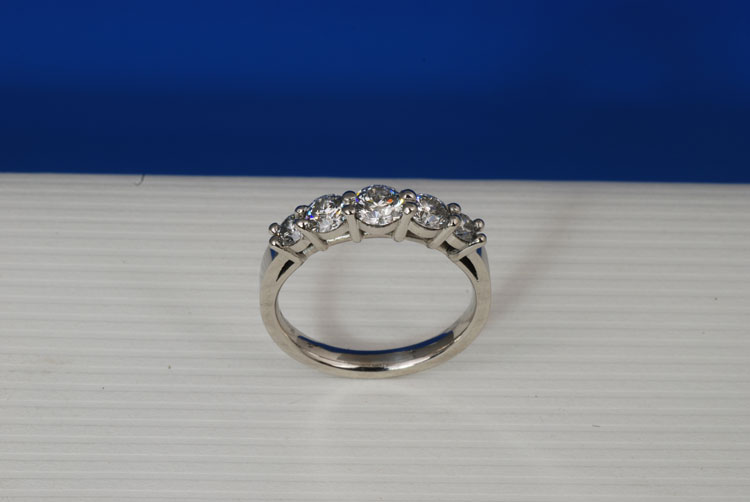 “In the men’s wedding bands, we can really, really customize those to fit his personality,” Sanders says. “In some cases, we can add an inlay of different types of wood. We could do a whiskey barrel. I’ve added dinosaur bone to rings before.”

While dinosaur bones might not be the right choice for every couple, bringing your passions into a wedding ring is a great way to tell a personal love story.

Hallett says he once made a ring that looked like two waves crashing into each other for a couple that dreamed of sailing the world. For another couple, he made a ring designed to look like a Peruvian wall they had visited while traveling abroad. 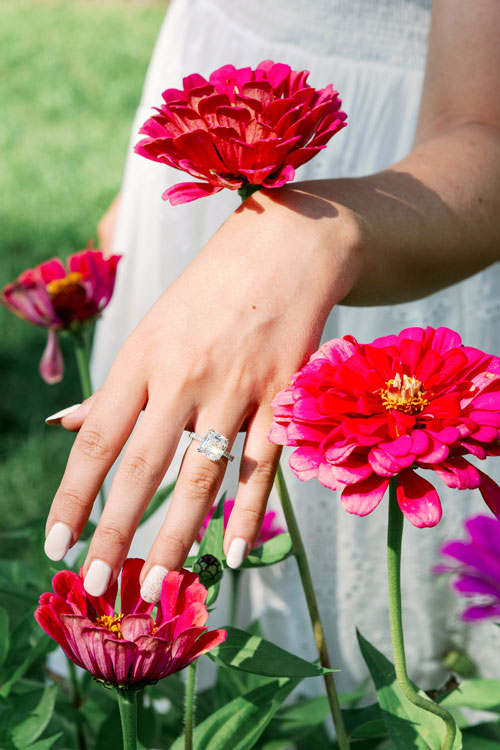 For personalizing on a budget, couples can always put a family stone into a wedding band — the only concern is making sure that it looks good sitting alongside an engagement ring.

“We look at the proportion of the diamonds to make sure that they would line up, and you don’t want it to overshadow her engagement ring — you want it to look great together as a set,” Sanders says.

If a couple prefers to keep a classic look for their rings, one way to customize them is by engraving the inside. Hallett says he has heard of a couple doing Morse code engravings. Sanders suggests couples consider writing a message and having their handwriting engraved into each other’s rings.

Hallett says he’s also heard of a man with a perfectly plain wedding band with an engraving on the inside that read: “Put me back on.”

“So, you know, there are all kinds of ways you can take a perfectly plain band and engrave something,” he says.