How a Question Led to Carefully Curated Musicals 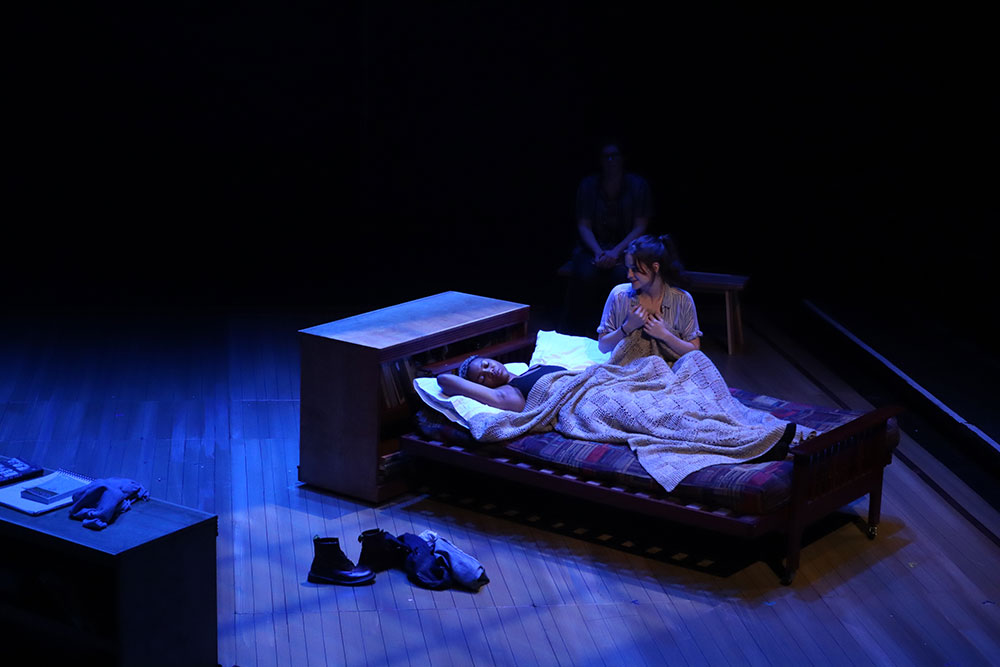 Most theater companies aren’t born fully formed with mission statements and a board of directors. In many cases, circumstance or happenstance leads to the dawn of a new troupe. For Front Porch Theatricals, it was a chance question between neighbors.

“It started in Sewickley, where I live now,” says Front Porch co-founder and President Bruce E.G. Smith. “A neighbor approached me about producing a show she had written … I looked at it and said, ‘I don’t know how to produce musicals … but [my friend Leon] is an actor and a lawyer, so maybe he could help us out.”

Leon S. Zionts, the co-founder of Front Porch (frontporchpgh.org), knew more than enough to get the ball rolling when Smith approached him in 2008. Zionts, who died in 2019 (this year’s first production will be presented in tribute to Zionts), began working with Smith to assemble the pieces. That first show — “Only Me,” by Doris Esteban, Marjorie Stewart and David Michael Ed — was performed at the Kelly Strayhorn Theater in 2009. On-and-off activity followed for the next few years; regular programming began with a 2014 production at New Hazlett Theater of “Parade” and two annual shows every year since.

The transition into annual shows coincided with the addition of Nancy Zionts, Leon’s wife, as a producer and vice president. She says the company’s focus is “meaningful musicals” that aren’t produced as often as more popular titles. “We often have to tell the audience what the musical is and what its theme is,” she says. Initially, this required some leaps of faith on the part of the audience; the company encouraged patrons to “trust us even if you don’t recognize the production.” Past productions have included lauded shows such as “Fun Home,” “Big Fish” and “In the Heights.”

Front Porch plans to present “A Man of No Importance” and “Grand Hotel” in 2020, pending adjustments as a result of the COVID-19 pandemic. The former show has taken on more weight in the light of the virus; its book was written by Terrence McNally, who died in March of complications related to the coronavirus.

“If circumstances mean we cannot do one of these shows this year, they’ll be on the list [of possibilities] for next year,” Zionts says.

Smith and Zionts agree that Front Porch is able to thrive by putting its artists first. “Actors feel like they’re someone in our company,” Smith says, noting that several artists have told him they’ve passed on other opportunities to join or return to Front Porch.

“We have people who have been associated with us for one show or 10, and they still feel like part of the Front Porch family,” Zionts says.

This article appears in the May 2020 issue of Pittsburgh Magazine.
Categories: Arts & Entertainment, Things To Do