Hot Property: It’s Still a Hot Pittsburgh Market — But There are Signs of Slowing

This Fall HOME edition takes a look at local housing trends — and explores the latest neighborhood offerings from Eddy Homes. 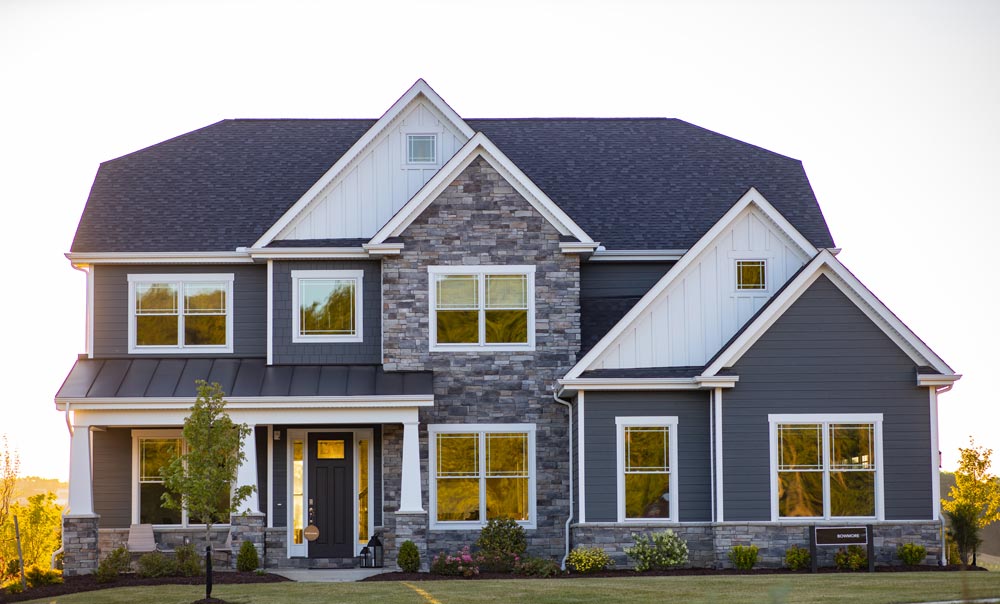 The Pittsburgh real estate housing market is still hot, but there are signs showing that you can shop and not get burned.

Housing prices around the area are starting to drop — and the housing supply is slowly growing. In August, national real estate brokerage firm Redfin reported a five-month, record-setting price streak had ended. Prices are up 18% year-over-year, but those numbers look to have finally plateaued.

In good news for sellers, Redfin also noted in its market analysis, which featured key housing takeaways from more than 400 metro areas, that 54% of homes are selling above list price, and about half are under contract within two weeks.

The other piece of good news is that mortgage rates are still under 3%, giving buyers a little breathing room to make a more informed housing decision. Because most houses are still selling for near or over asking price, if a deal looks too good to be true, it probably is.

Historically, Pittsburgh has not fallen into the same housing boom/bust cycle that has affected other markets — until now. Driving around the East End, I saw a lot of “for sale” signs go up and stay up for a lot longer than I expected. Is it because of overzealous pricing?

“Not necessarily,” says Racheallee Lacek of Piatt Sotheby’s International Realty in Pittsburgh. “A lot of it is tied to job hiring. When I see stories about local hiring in business journals, an influx of buyers always follows.”

She says that out-of-town buyers with children will be swayed by an area’s school district, local taxes and overall livability, while empty-nesters and new college graduates are on the hunt for neighborhoods with more social activities.

In the end, the house has to be the right fit for a buyer — and the frenzy to overlook deficiencies isn’t as prevalent in Pittsburgh as in upstate New York, for example. 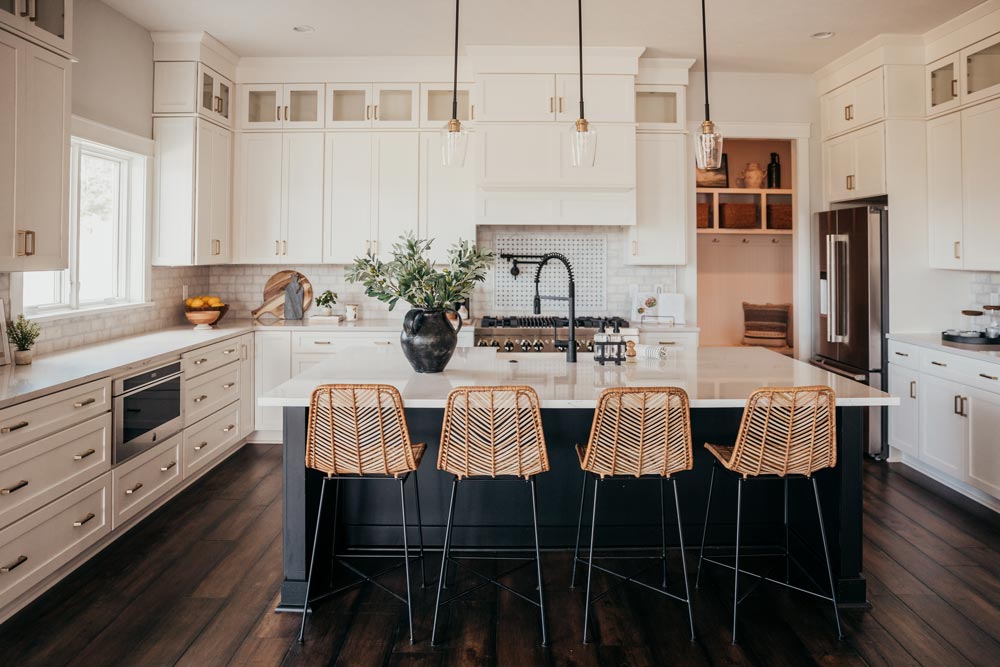 Anyone currently building or renovating a home is aware of the supply-chain shortages caused by the COVID-19 pandemic. In the midst of this, those builders able to keep the train moving are practically award-worthy.

One such business is Eddy Homes, which won Best Home Builder in Pittsburgh Magazine’s 2021 “Best of the ‘Burgh” readers poll. Founded in 1971 by Edward Moritz, the company specializes in custom, luxury and patio homes north and south of Pittsburgh. It’s pretty cool to land on its website and cruise through photos of the various communities, homes and floor plans being developed.

“Our design collections were created to simplify and streamline the building process for anyone who is looking for new construction in a shorter time frame with turnkey and effortless design,” says Ashley Fullerton, sales and design director of Eddy Homes. 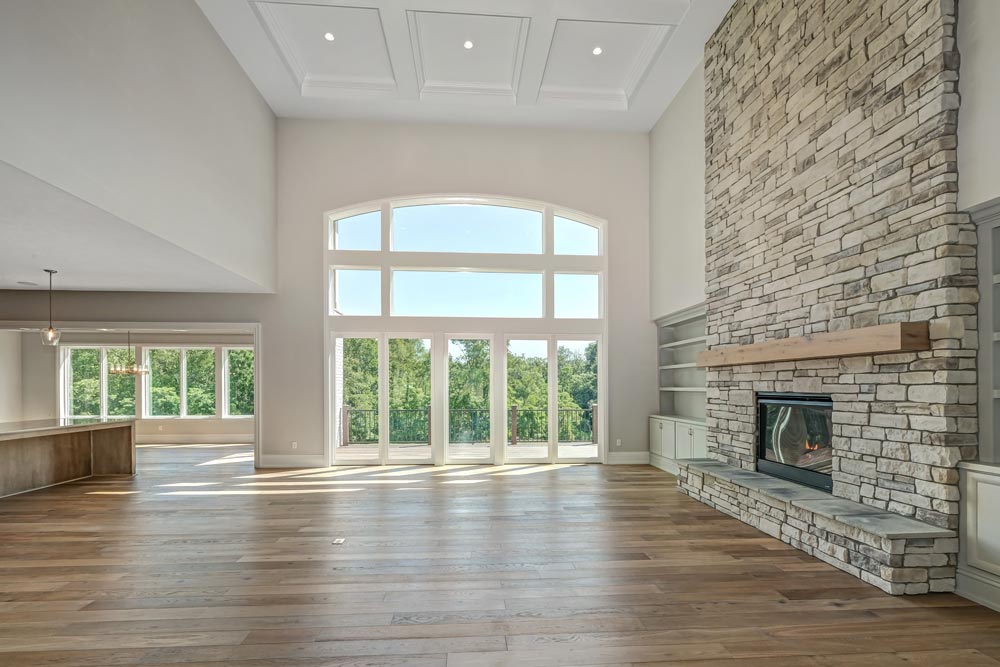 Through the years, living styles have changed — including the evolution of home offices, which became particularly essential as people worked from home during the pandemic. Fullerton says Eddy offers flexible floorplans and several home-office configurations that have proven to be winners with buyers. Expanded living options in finished lower levels, which offer entertainment and game areas, are also popular.

In Pine, Eddy’s Brookfield Estates neighborhood features craftsman-style patio homes with prices starting at $463,000. Situated just down the road from the Village of Pine shopping center, the location is spectacular. In Marshall, Allman Acres has custom homes with pricing starting at $740,000. Besides 3,000-plus square feet of living space, home buyers can expect walls of windows, large fireplaces and exciting upgrades such as wooden Chevron ceilings and spa-worthy primary bedroom and bathroom suites. 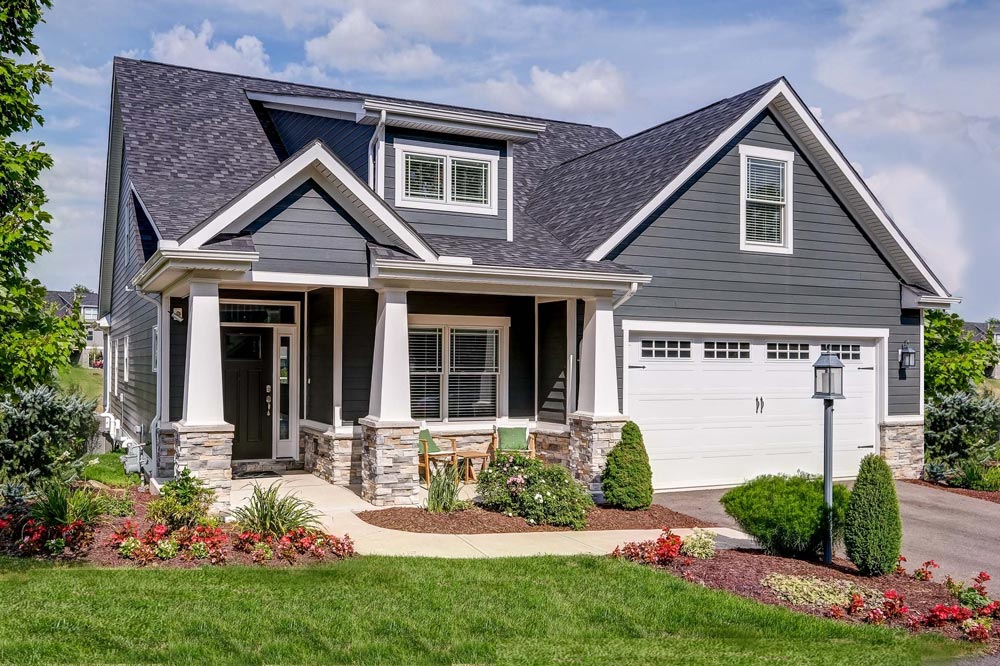 Single-family homes with 1,790 square feet of living space and beyond are available at Wexford Station in Pine. Pricing starts at $540,000 for these family-friendly, craftsman-style homes. Heading south, the Justabout Farms community in Peters has been booming for many builders, and Eddy Homes is no exception. The developer is now selling homes in its second building phase; as of press time, only 17 homes are still available from its original 48-home first phase.

Peters Township School District, which ranks high in Pennsylvania in academic performance, is certainly a draw for these buyers, as is the developer’s wide range of floor plan options. If you are looking for something a little smaller in the same school district, Sherwood Pond is a nice option. Farther out, Cherry Valley Estates, located in McDonald, features a nice pond and has a little bit more of that rural lifestyle feel.