Tucked away on a cul-de-sac in Squirrel Hill, the split-entry home has three bedrooms — and a fun black-and-pink tiled kitchen. 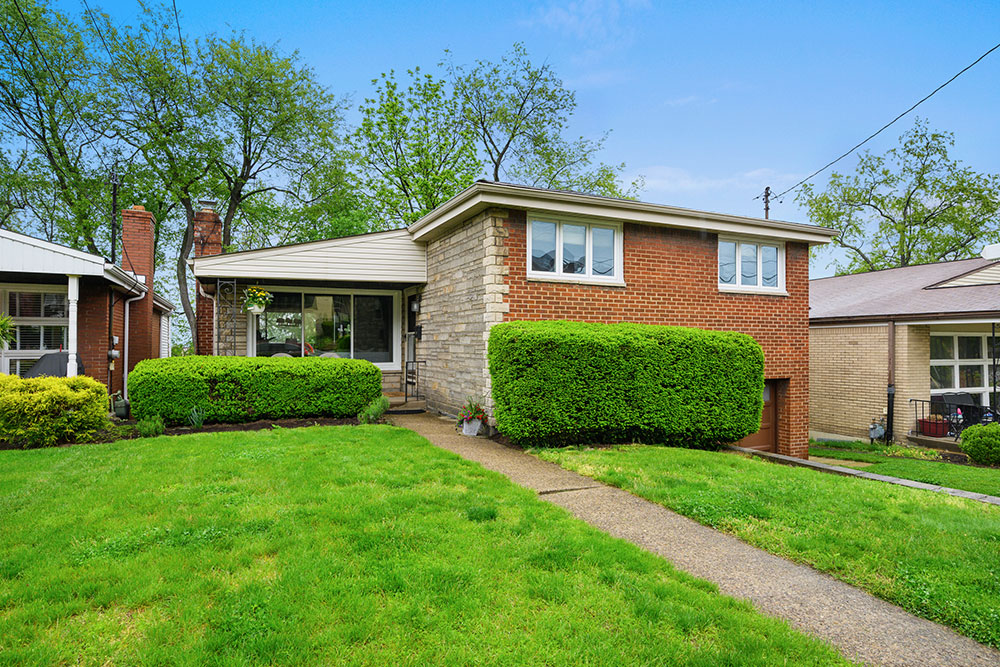 Sometimes, you just fall into a lucky find of a house on a great street.

That’s what happened when Marcie Solomon and her husband were house hunting back in 2007. They landed in a Mid-Century Modern gem on 6581 Rosemoor Street, a little-known cul-de-sac in Squirrel Hill.

“The house has some super-cool features — and it was just such a great street,” Solomon says. 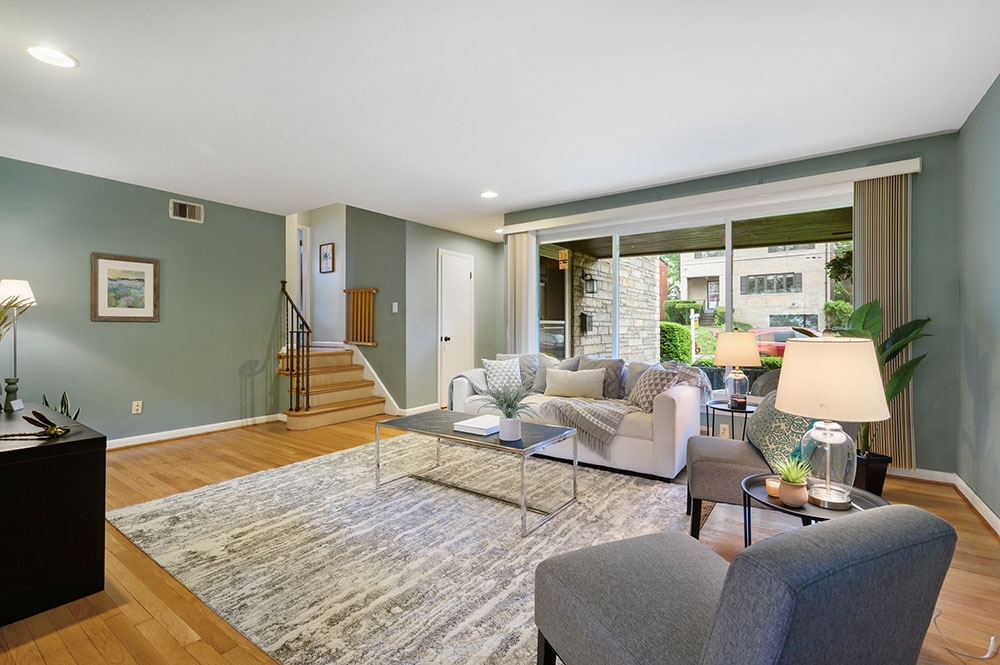 The split-entry home features three bedrooms, two-and-one-half bathrooms and lots of Pinterest-worthy features that give it a fresh and kicky vibe.

The couple, who only are moving a few blocks away, say they decided to sell because they needed more home office space. They’ve listed the Rosemoor St. home for $399,000 (MLS# 1499397, Sherri Mayer, Howard Hanna Real Estate,  howardhanna.com). It is under agreement. 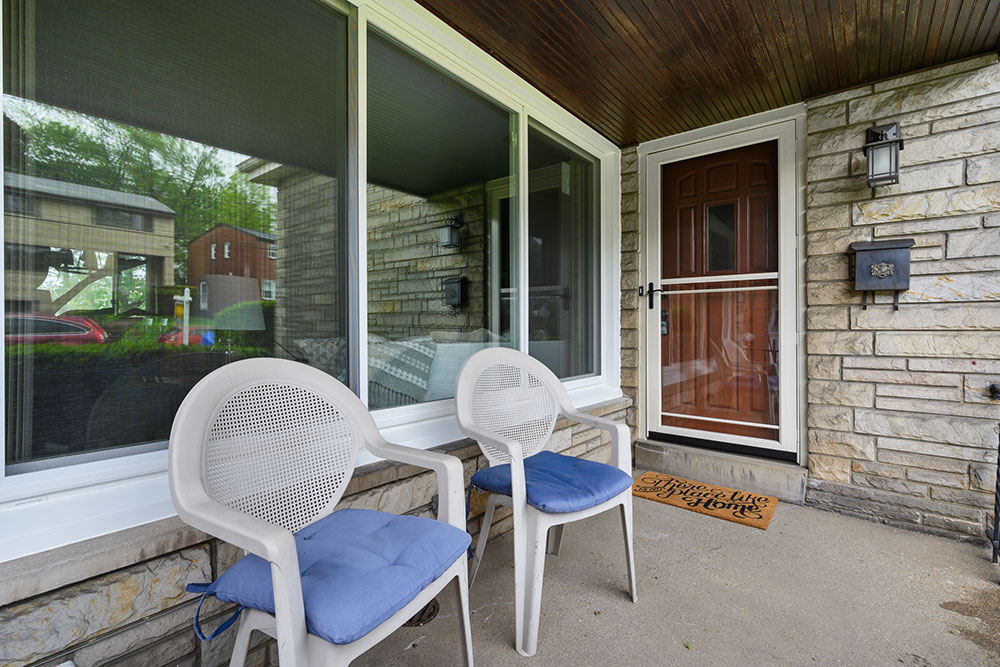 Built in 1956, one of the first things you notice about the home is a great bank of windows by the front door. It previously had a solid nine-pane grid, but the couple replaced it with three sliding window panels that let in lots of light and air.

The layout features living and dining rooms, a kitchen and powder room on the main level. A small flight of stairs leads to three bedrooms and a full bathroom, while four steps down take you to a mezzanine level room, and another four steps lead you to the full basement.

When they bought the house, Solomon says it was visually busy.

“The wallpaper [in the kitchen] was extra classic 80’s,” she says. “It had pink splashes. There was a white floral wallpaper in the dining room and the living room also had wallpaper.” 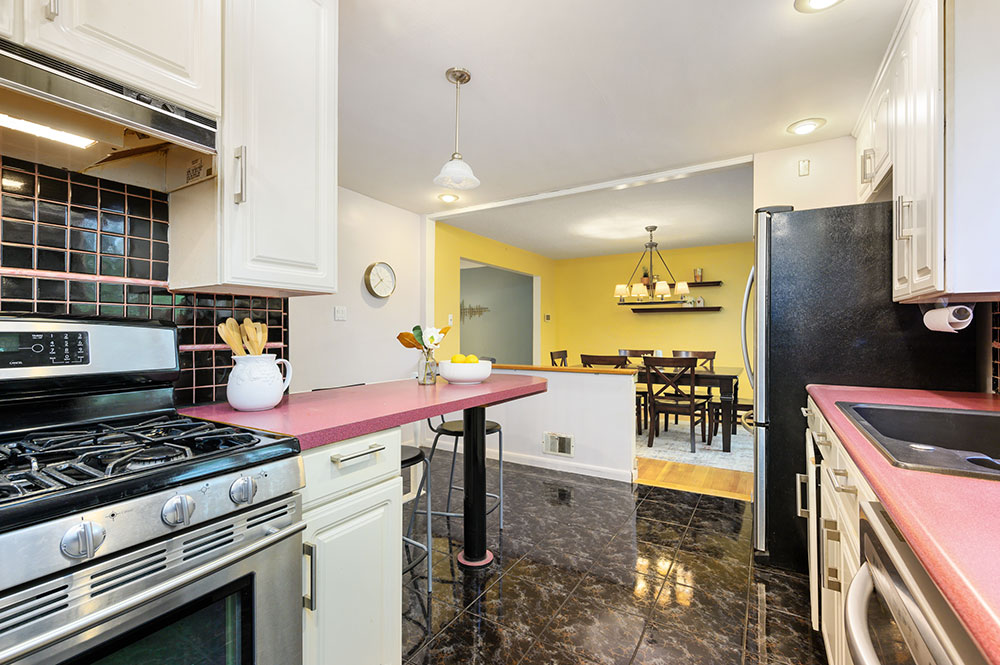 The couple removed the wallpaper, painted and unearthed the home’s original hardwood floors. In the kitchen, they opted to keep the pink countertops, which matched the black-and-pink backsplashes and floor. A chrome leg supports the cantilevered countertop. The custom top has a sliding section for extra space. Black-and-chrome barstools, along with stainless appliances, add a crisp touch. 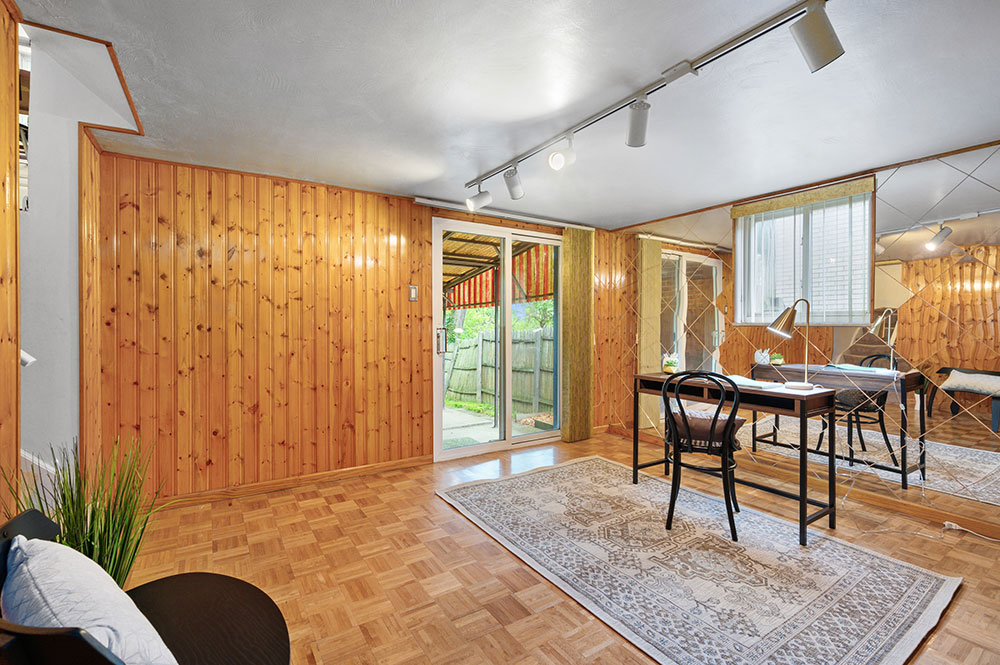 The dining room is painted an energetic yellow. Down on the mezzanine floor, the real pine walls and a parquet wood floor speak to the home’s history. The space opens to a covered patio in the rear of the home, where a fenced-in yard is perfect for the family dog.

The basement received a nice renovation, and the space now functions as a small family room or guest suite.

“The basement bathroom was in really good shape,” Solomon says. “We added a Murphy Bed for when guests are here.” 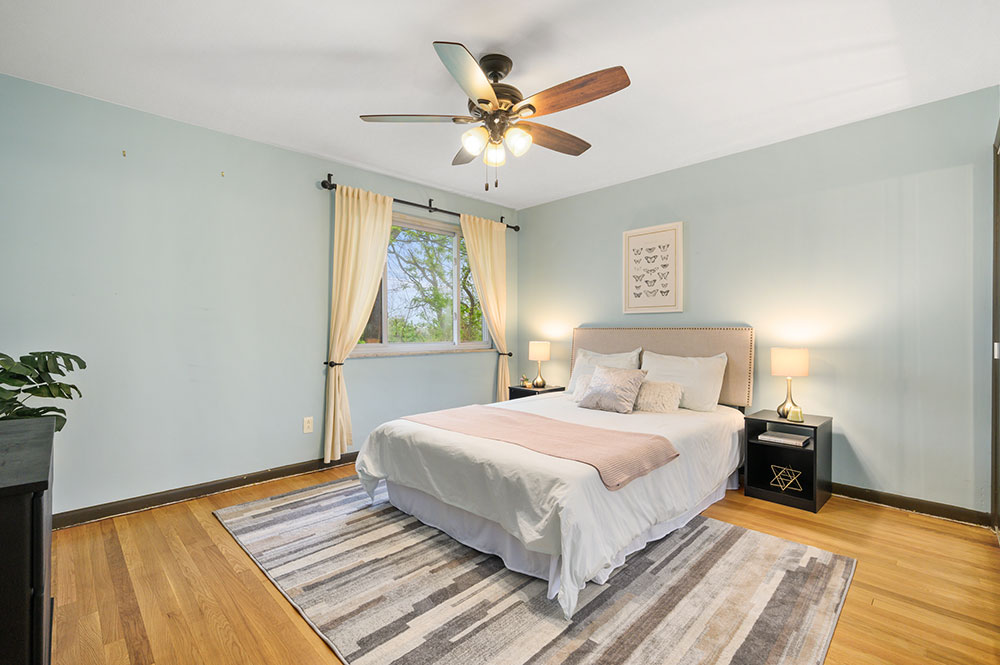 Painted a light gray hue, the master bedroom features a wall of generous closets and a ceiling fan. The room used by the Solomons’ daughter still has a charming decal of a tree with owls on the wall. As for the third bedroom, it came with a surprise view.

“We unearthed an extra window in the house,” Solomon says.

The window previously was covered with wallboard. The couple’s savvy contractor opened it back up, and, when he installed a new window, also found a vintage marble window ledge for it to match the rest of the house. Now, the room is filled with light.

The other hidden gem is a small laundry chute, well-known by the home’s smaller inhabitants.

“It is so tiny, we used it as the pacifier dumping ground,” Solomon says. “Down the chute they went when the time came to say goodbye to them.” 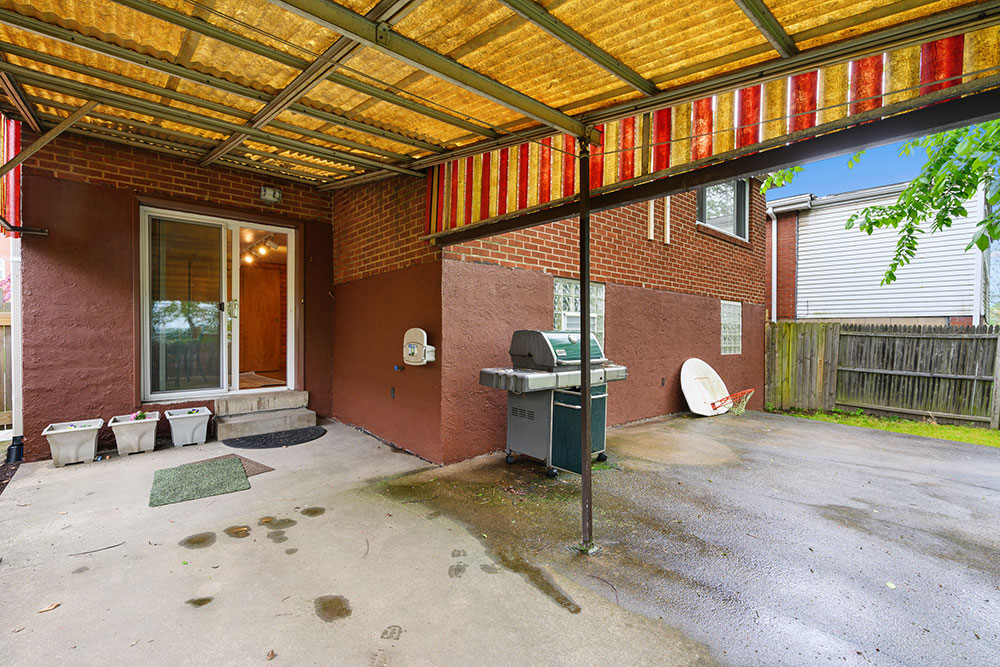 Other improvements include a new roof, gutters and fascia boards. The couple also painted all of the trim and recently refinished the floors on the main level.

Solomon has nothing but good things to say about her time on Rosemoor Street.

“It is a little bit like a hidden gem. It is safe for kids,” she says. “There is no traffic and it is convenient to a lot of places. It was a great street for trick-or-treating.”

Drawing on her years of experience covering the region’s real estate industry, Rosa Colucci’s Hot Property offers an inside look into unique and historic homes currently on the market. Each week, Hot Property goes behind the For Sale sign to share the story of a special Pittsburgh area home. And four times a year, Hot Property gives an in-depth look at the region’s real estate market in Pittsburgh Magazine HOME, tracks housing prices and sales and details where the hot properties can be found. Rosa can be reached at onecordovaroad@gmail.com

About: Squirrel Hill
Population: 11,363
Planes, Trains & Automobiles: A 30-minute commute to the airport. Daily transport via Port Authority, rideshare and Healthy Bike Network. Street parking.
Schools: City of Pittsburgh, features extensive magnet programming including the award-winning CAPA in the heart of downtown. (pittsburghschools.org)
Neighborhood: Historic, eclectic and vibrant, Squirrel Hill’s city landmarks include Frick Park, Schenley Park, The Bob O’Connor Golf Course and parts of Chatham and Carnegie Mellon universities. The business district meets at the apex of Forbes and Murray avenues. Restaurants, tea houses and a movie theater are on tap for an evening of fun. When it comes to real estate, some of the city’s oldest and most interesting houses are found within its borders. The neighborhood has been home to notable Pittsburghers, including Fred Rogers, director Rob Marshall and several of the city’s mayors.