Whether your taste is trendy, classic or funky, World of Rugs likely carries something to suit your style. 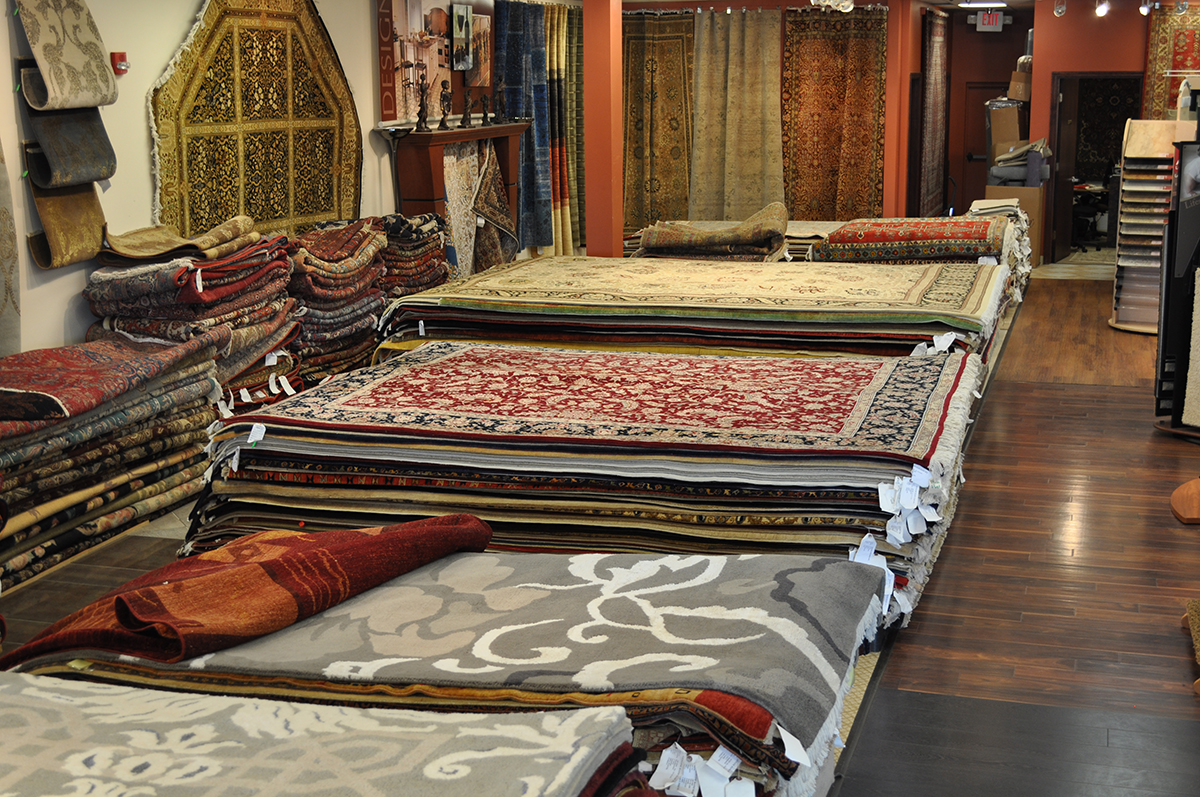 Adam Razipour was supposed to be in Pittsburgh for only a week, but then he fell in love.

The Iranian native, representing the fourth generation of his family to be involved in the rug business, came to town to consider opening a rug department at an established Pittsburgh furniture store.

While there, he met his future wife, Dana, who was working part-time at the store while attending The Art Institute of Pittsburgh to study interior design.
“I was supposed to stay for five days. Now, here we are 11 years later,” Adam says.

In 2009, after operating a furniture store in Oregon, the Razipours returned to Pittsburgh to be closer to family and launched a new business, World of Rugs, in Robinson Town Centre.

Despite the recession at that time, the Razipours found success, which Dana partially credits to being a direct importer of rugs. That allows World of Rugs to keep prices lower and the quality and selection of rugs high, the Razipours say.

“I think a big part of this growth is really due to the pride we take in our selection,” Adam says. “We have, combined, close to 9,000 pieces of in-stock rugs, which I’ve accumulated over a long time.”

World of Rugs imports from many of the “weaving” countries, including Turkey, India, China and Nepal, he says. There also are a number of American-made rugs at the store.
Twice a year, Adam travels overseas on buying trips. While he gravitates toward classic rugs with history and authenticity, he says his interior-designer wife tends to pick trendier pieces.

The pair also works in the stores and offers design tips and suggestions to customers.

In August, the couple opened a second World of Rugs store inside Monroeville Mall. The business also offers rug-cleaning services and repairs.

Adam says they hope to open a third location north of the city.

“We have had amazing growth,” he says.

This article appears in the February 2015 issue of Pittsburgh Magazine.
Categories: HOME + Design