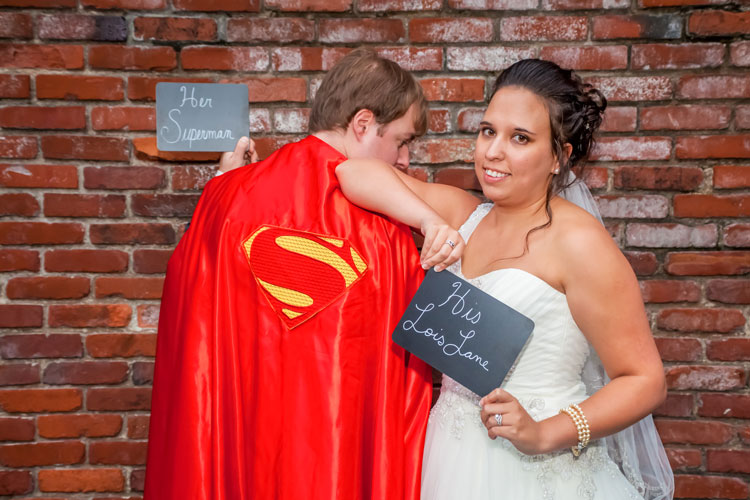 When a groom’s love of DC comics meets a bride full of resolve, something super can happen. When Ashley Bodnar married Michael Temple on Oct. 3, they wanted to make sure the day was an out-of-this-world treat.

It all started when Ashley saw a photo online of groomsmen opening their shirts to reveal superhero T-shirts. She loved the idea, and so the concept of a superhero wedding was born.

“My husband is a huge comic book guy,” she says. “He likes DC better than Marvel, so we made sure it was DC-centric.” 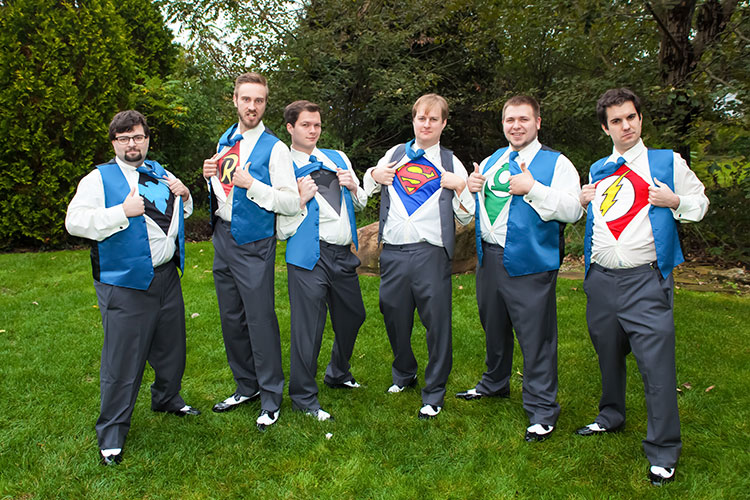 Michael and Ashley centered on the iconic relationship of Superman and Lois Lane, while his groomsmen assumed the roles of other heroes such as the Flash, the Green Lantern and Batman. Ashley and Michael used real comic books to amp up their venue and their accessories.

The bridesmaids’ shoes were decoupaged with comic books matching the superhero persona of the groomsman walking them down the aisle — Ashley used Superman comics to match her groom — and the bridesmaids also donned Superman-blue dresses.

“Our main colors were that specific blue, and we added red and yellow accents wherever we could,” Ashley says.

The DIY projects didn’t end there. 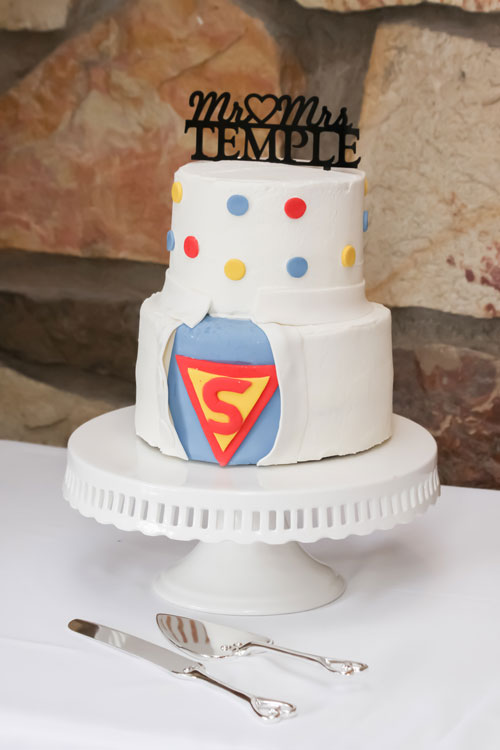 “Our card box [had] all decoupaged comic books on it,” she says. “I murdered many comic books.”

They also carved pumpkins with the emblems of superheroes and wrapped their silverware in blue, yellow and red, perfectly complementing the table numbers, which were crafted from miniature Superman comic books. Ashley used Mod Podge to enhance her garter with a Superman symbol, ribbons and charms.

Although the couple took a moment to nod to some other favorite fandoms — Ashley walked down the aisle to “Hedwig’s Theme” from the Harry Potter movies and Michael entered to the “Imperial March” from “Star Wars” — the superhero theme carried on into the night. The atmosphere was a hit with guests, who gave the couple many compliments throughout the day. 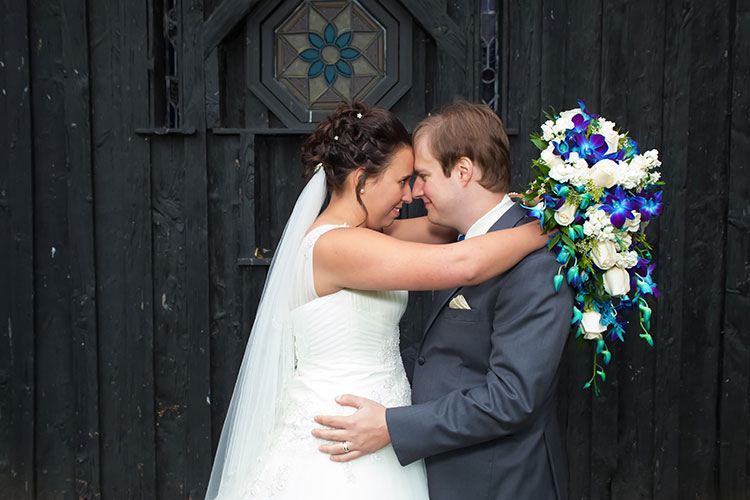 “They said it was one of the most fun weddings they’ve been to,” Ashley says. “They really enjoyed it.”

The bride says she couldn’t have pulled off the theme alone.

“It was in big part to our DJ and photographer,” she says. “They were very willing to work with us to do some crazy stuff.”

Ashley encourages couples to go all out with a wedding theme they’re passionate about.