The Carlyle is among the most beautifully renovated condos in the city of Pittsburgh.

With its curved edge corner at the intersection of Fourth and Wood streets, Downtown, the neoclassical, gray granite building still cuts a striking figure more than 100 years after it was built in 1906. Designed by noted architect Benno Janssen of MacClure & Spahr for Union National Bank, the building originally was one of the anchor institutions of what was then Pittsburgh’s Financial District. 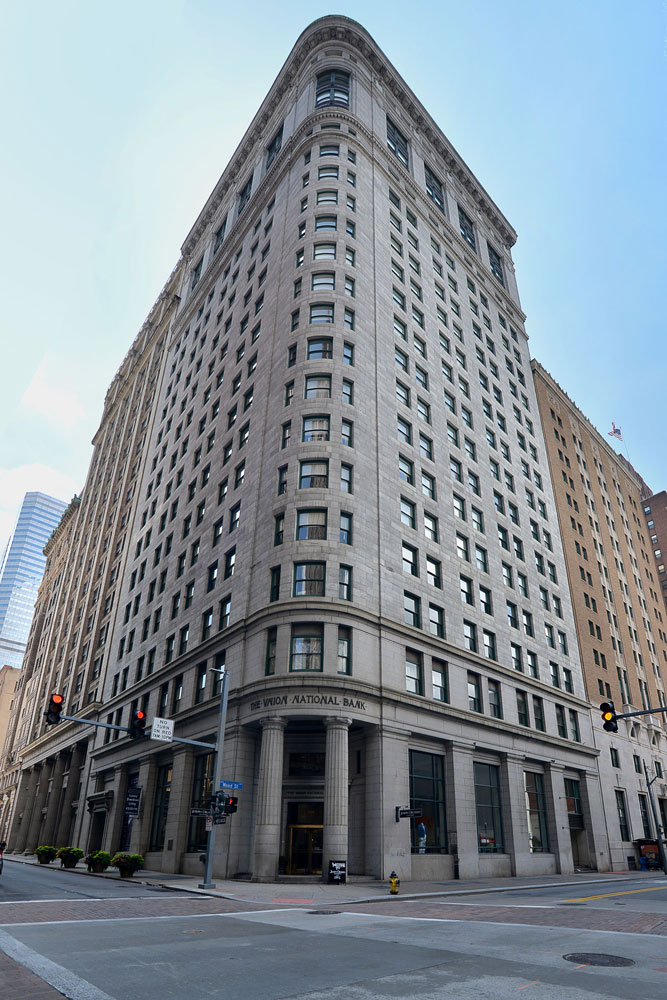 Janssen was also the visionary behind several other Pittsburgh iconic buildings, including the Omni William Penn Hotel and the Twentieth Century Club.

In 2006, E.V. Bishoff Company converted The Carlyle into condominiums. Located across 22 floors, the 60 units have 14-foot-high ceilings and many original details. The building has been part of Downtown’s Fourth Avenue Historic District since 1985. 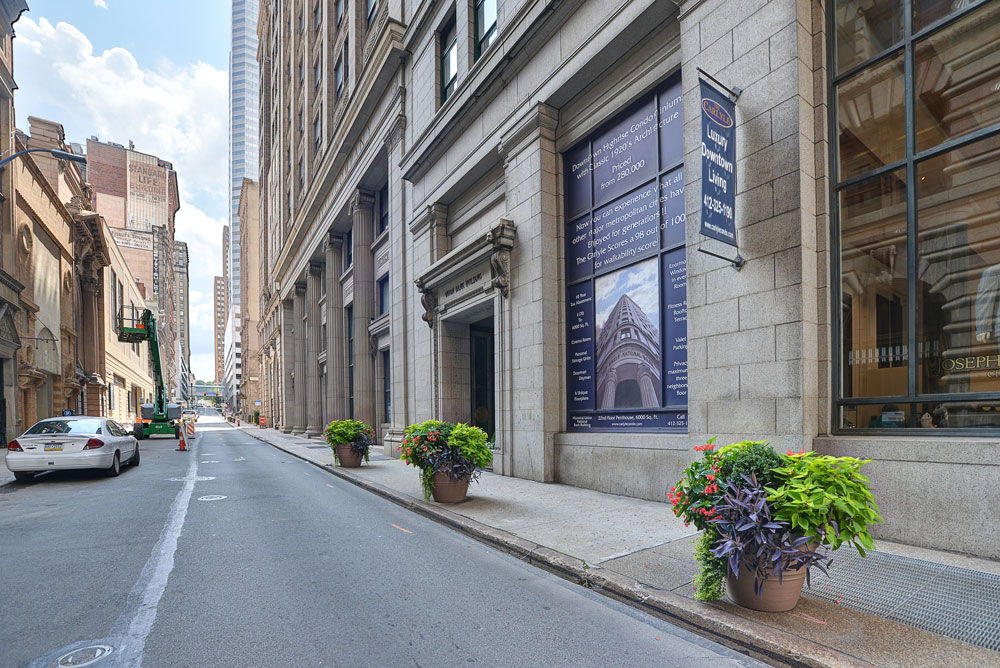 Lacek says that the building itself flies under the radar on many levels.

“The best kept secret about The Carlyle is you get the most square footage for the lowest price tag in the city,” she says. 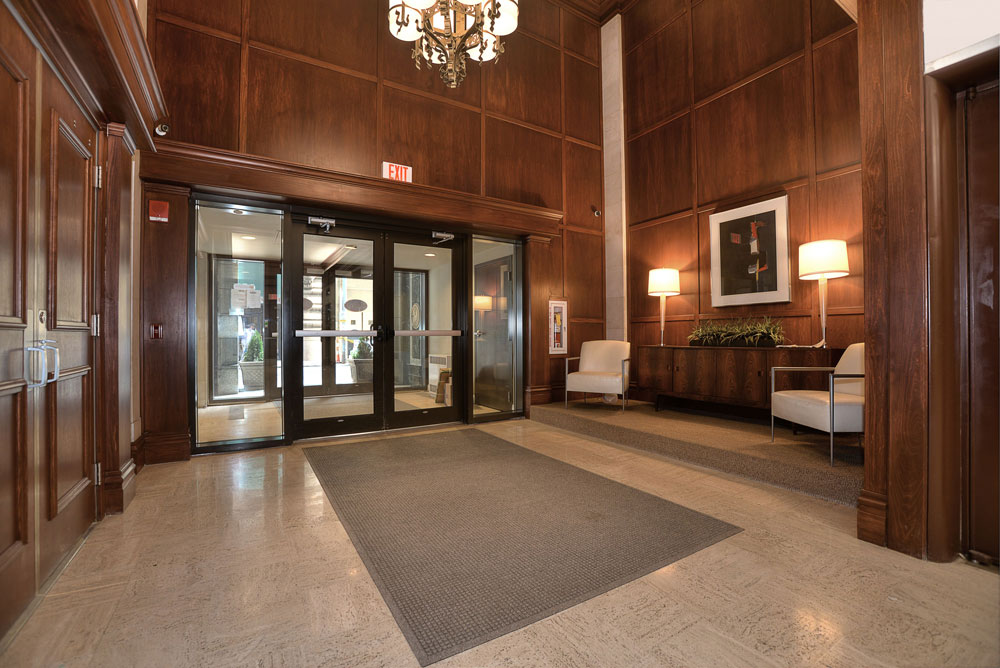 The building also features more than 20 inches of concrete between floor levels, making it super quiet. Another rarity is the building’s layout.

“There are only two units on each floor from floors 17 and above; Below, the floors only have three units on each floor, so that affords the owner a lot of privacy and very few people to engage with,” Lacek says. “Other popular condo residences have anywhere from six to 24 units per floor.”

Janssen’s original design features extra-tall windows, which now fill each unit with spectacular light. In Unit 2022, the entry opens right into the space, with an expansive kitchen to the left and dining straight ahead. The large living room features multiple seating areas. 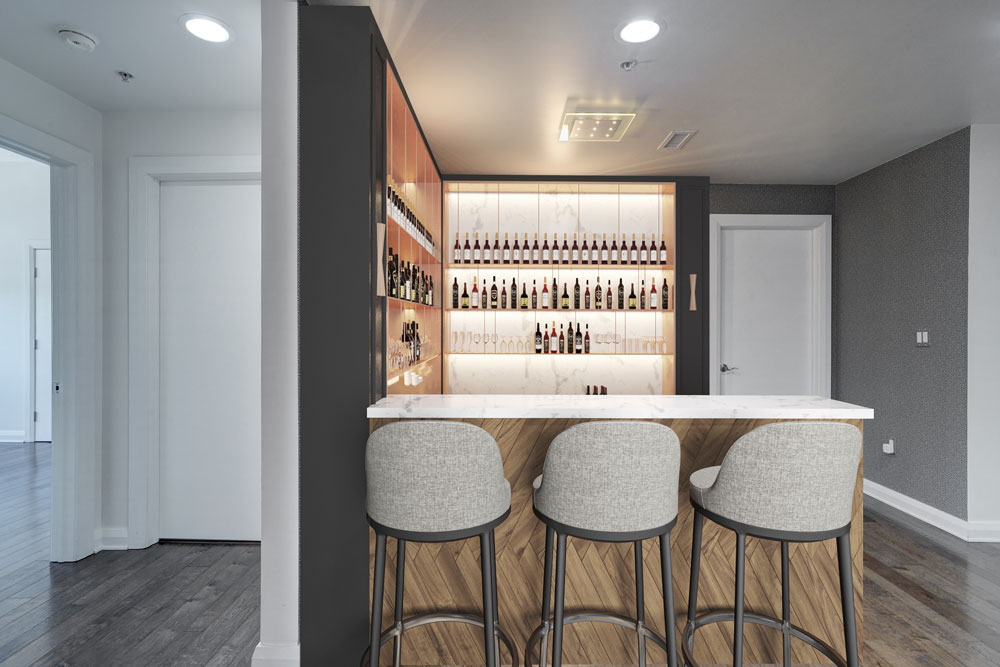 The kitchen’s U-shaped layout has soft gray cabinets, a white-and-gray backsplash and neutral-hued granite countertops. It opens to the living room, where there are dazzling views of Downtown.

The two bedrooms are on opposite sides of the unit, affording privacy for the owner and any guest. In the primary suite, a large walk-in closet is the gateway to the ensuite bathroom, where there’s a double vanity, soaking tub and walk-in shower. 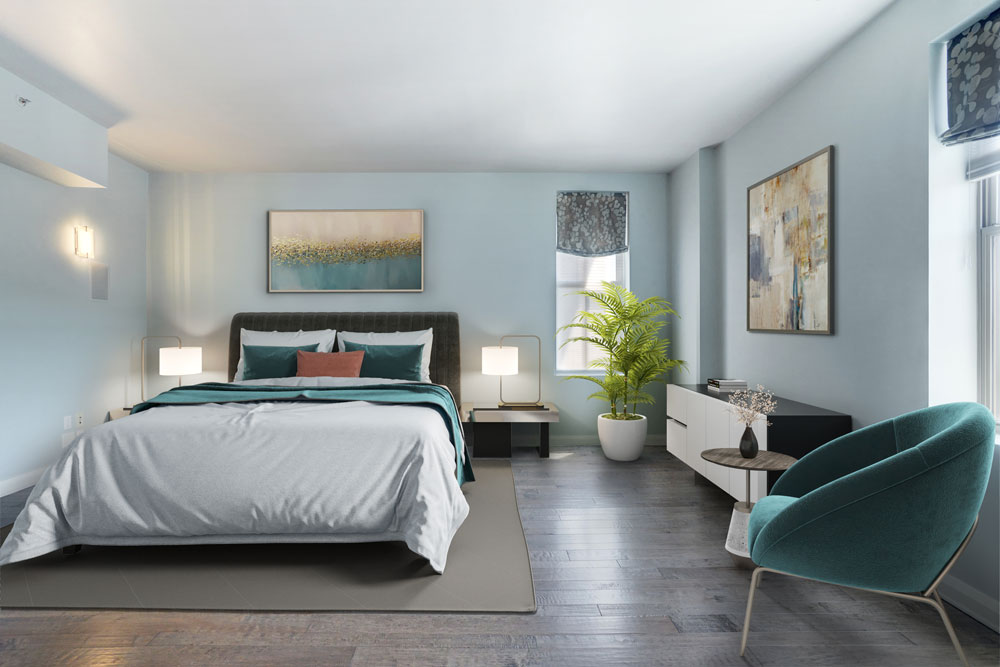 Serviced by a full bathroom with a tub/shower combination and single bowl vanity sink, the second bedroom features a pull-down Murphy Bed.

“The space is so large it is like owning a home in the sky,” Lacek says. “Your utilities are very low because the envelope of the building is solid marble and limestone, something you would not find anywhere else in the city.” 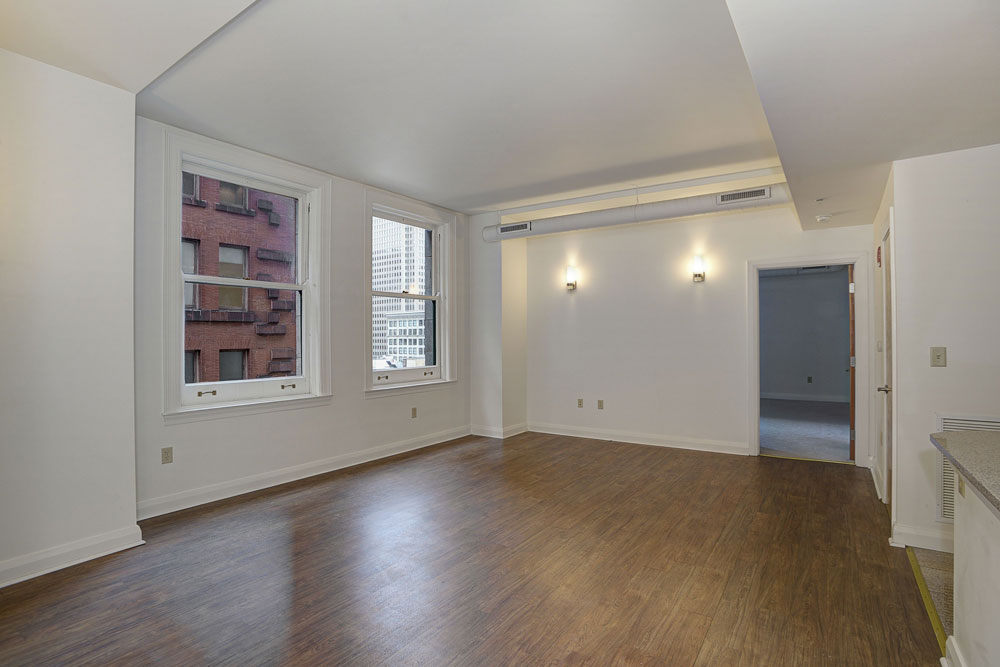 Unit 1201 has its own version of luxury and convenience, but for a much smaller price tag — and half the space.

Here, the layout is great for cohabiting or house sharing, thanks to bedrooms located on opposite ends of the unit’s wings. The main living space houses the living room and kitchen, which has oak cabinets. There’s also a dedicated laundry space.

“The owner’s suite has a bathroom ensuite and the second bathroom is dedicated to the second bedroom on the other side of the condo, with a common meeting area in the middle,” Lacek says. “The doors are solid core so the sound is minimal.” 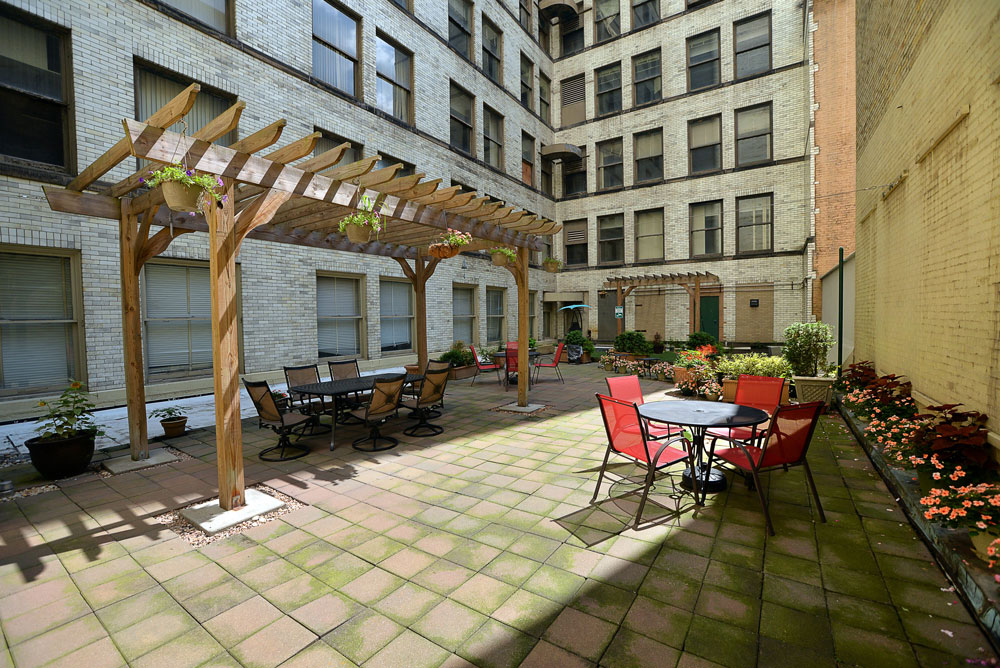 The building’s hallways feature deep crown molding and rich wood trim. There is a small workout area and parking is available at a discounted rate at the nearby Third Avenue garage. The Carlyle’s HOA fee varies based on the size of the unit and covers cleaning and maintenance of the common areas as well as trash removal.

“Many residents love this building because it is convenient to the riverwalks, Station Square and Downtown amenities while still providing a classic luxury feel,” Lacek says.

About: Downtown (downtownpittsburgh.com)
Population: 5,201 (Golden Triangle only)
Planes, Trains & Automobiles: A 25-minute commute to the airport. Daily transport via Pittsburgh Regional Transport. Rideshare available. Street parking.
Schools:  City of Pittsburgh Public Schools.
Neighborhoods: The heart of Pittsburgh, Downtown features a variety of theaters, restaurants and bars. Point State Park and the Great Allegheny Passage also run along the riverbanks. The city’s 7,000 Downtown residents is growing and a Target store that opened over summer is expected to strengthen the city’s residential appeal.