Six words that amount to the understatement of the year in hockey. 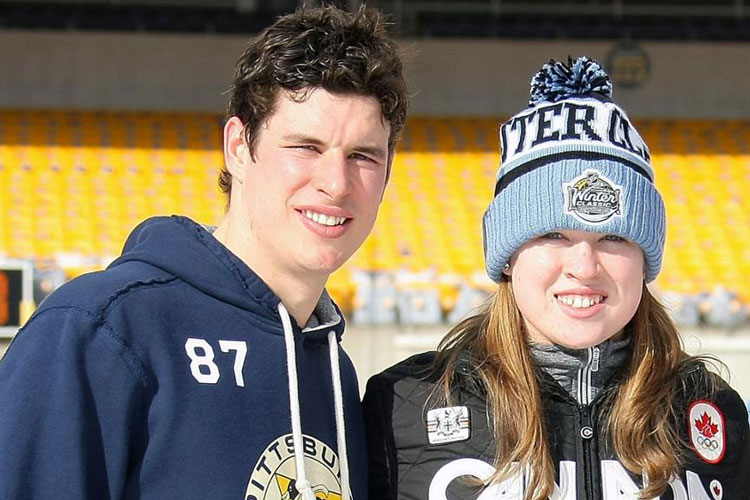 Not surprisingly, hockey is a family affair for Sidney Crosby. His 21-year-old sister, Taylor, is a junior goalie at St. Cloud State University in Minnesota. 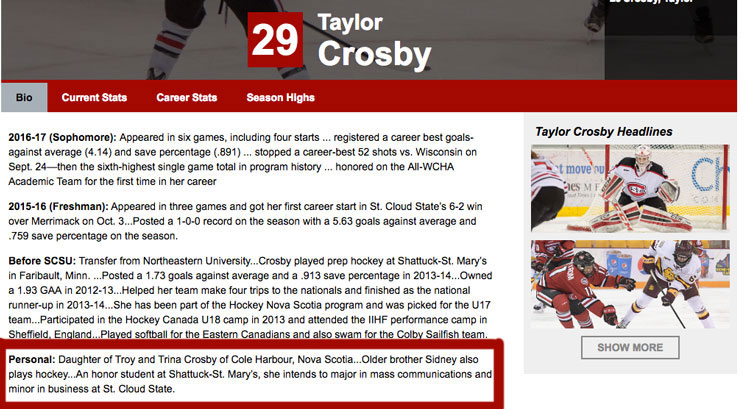 It's not clear whether Taylor, one of her teammates or the athletic department is responsible –– but a hat tip to all involved.