Hidden Figures Is a Feel-Good Flick, Whatever That Means

Reviews of "Hidden Figures" and "A Monster Calls," plus local movie news and notes. 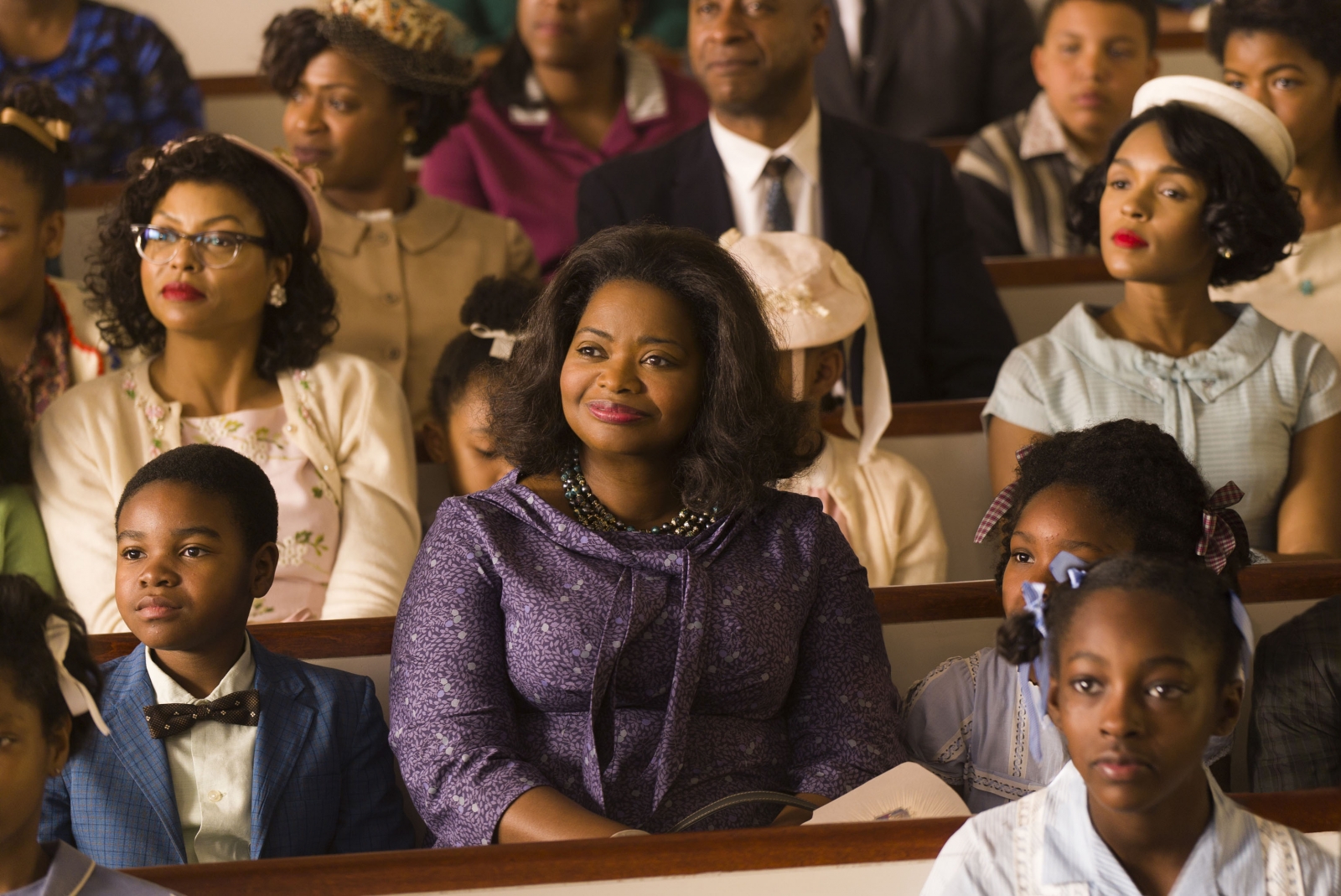 Among the many movie terms that have been reduced to meaningless fluff — “blockbuster,” “award-worthy,” even the word “cinematic” itself — few are so reductive as the peculiar hyphenate “feel-good.”

What meaning is even implied by that adjective? Is it that a film leaves the viewer feeling affirmed, positive and warm? Is it simply a spoiler-averse way of implying that a movie has a happy ending? Is it a meaningless label affixed to milquetoast dramas?

In any case, the term is a somewhat hokey signifier. Most critics are likely to roll their eyes when someone describes this or that picture as a feel-good flick, internally sneering at the essential meaninglessness of the phrase.

It’s the sort of historical narrative that rarely makes it to the big screen, telling the story of three African-American women — Katherine Johnson (Taraji P. Henson), Dorothy Vaughn (Octavia Spencer) and Mary Jackson (Janelle Monáe) — whose contributions to NASA research in the 1950s and ’60s were vital to the success of early American space exploration, particularly John Glenn’s 1962 orbit of Earth.

Henson, Spencer and Monáe are as strong a leading trio as one is likely to find; Henson is unimpeachable as always, and Monáe is emerging as a powerful onscreen presence after her work here and in “Moonlight.” The plot is more than a bit formulaic, but the goal here is not to keep the audience guessing — it is to enlighten and educate in the form of entertainment, bringing an underrepresented group of scientists narrative recognition for their contributions to American history.

Is it essential viewing, though? Probably not; while it’s quite good in most regards (especially those laudable performances), “Hidden Figures” errs slightly on the side of schmaltz, delivering an easily affirming tale and little more. Anyone who chooses to go will be better for having heard the tale; anyone who doesn’t will miss out on the lovely history lesson, but not on top-tier cinema.

But it is definitely a feel-good movie. Whatever that means.

Another late-2016 release finally making its way to Pittsburgh this weekend is destined, I think, to become more of a footnote — albeit one that is likely to gain devotees among lovers of fantasy. “A Monster Calls,” based on the young-adult novel by Patrick Ness (himself working off of an idea from the late novelist Siobhan Dowd), concerns the emotional journey of Conor O’Malley (Lewis MacDougall) as his mother (Felicity Jones) struggles with terminal illness. The roster here are mostly stock characters from the YA well — the absent parent, the domineering relative, the neighborhood bully — with the exception of The Monster, a gigantic tree-creature that appears to Conor at night to relay parables. The Monster demands that Conor deliver his own story after receiving three in exchange, a request that confounds the young man as his more earthbound pressures begin to increase. MacDougall gives a moving, raw performance, and Jones — who will be watched by many more moviegoers this weekend in “Rogue One” — continues to demonstrate her considerable range. (The motion-capture performance of Liam Neeson as The Monster leaves more to be desired; his voice and general affect are simply too recognizable to allow the viewer to forget who’s behind the digital curtain.) It’s a good film, if not a great one, and worth a look for lovers of the genre.

The Montage: It’s a bit hard to keep track of what’s coming and going at this point in the year, but in addition to “Hidden Figures” and “A Monster Calls,” the latest film in the “Underworld” franchise, “Blood Wars,” opens on a few local screens this weekend. Kate Beckinsale stars in the paranormal thriller … It’s Italian Cinema week at Row House Cinema, featuring Fellini’s “Amarcord,” Antonioni’s “La Notte,” the 2000 comedy/romance “Bread and Tulips” and Paolo Sorrentino’s 2015 Oscar winner “The Great Beauty.” Showtimes and tickets here … The Lawrenceville theater also announced it will in February host a Harry Potter Film and Cultural Festival, with revivals of all eight Potter films, special events and offerings at both the theater and companion bottle shop Bierport and much more. Details forthcoming, but the event page is here. (As a very-late-to-the-game Potter fan and proud Hufflepuff, I must admit I'm excited.)