Scenes in the trailer look like they’re straight out of an Edgar Allan Poe poem. 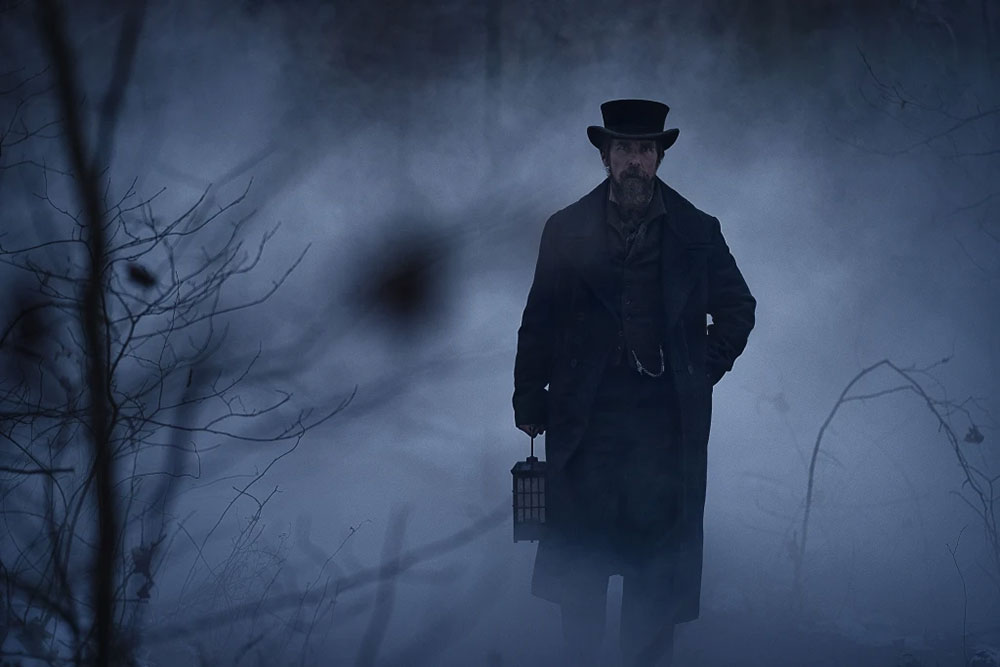 It’s fitting that Netflix has dropped the trailer for “The Pale Blue Eye” right before Halloween.

It’s an eerie introduction to this filmed-in-Pittsburgh mystery thriller based on Louis Bayard’s 2006 novel of the same name that follows a detective named Augustus Landor (played by Christian Bale) called in to hunt a deadly killer on the grounds of the U.S. Military Academy at West Point during the 1830s. A cadet is dead, his heart ripped from his chest and the school is desperate for answers. Along the way Landor becomes embroiled in the fate of a young cadet: a young poet named Edgar Allan Poe, according to a Netflix release.

And yes, there are ravens.

While there are no recognizable Western Pennsylvania landmarks in the trailer, scenes were filmed in late 2021 and early 2022 at Allegheny Cemetery in Lawrenceville, the Ligonier Valley Historical Society’s Compass Inn Museum, Westminster College in New Wilmington, Moraine State Park and McConnells Mill State Park.

Director Scott Cooper, who came to Pittsburgh to direct Bale in the 2013 movie “Out of the Furnace,” told the Tribune-Review in 2021 that the region’s landscape was an ideal stand-in for 1830s Hudson Valley.