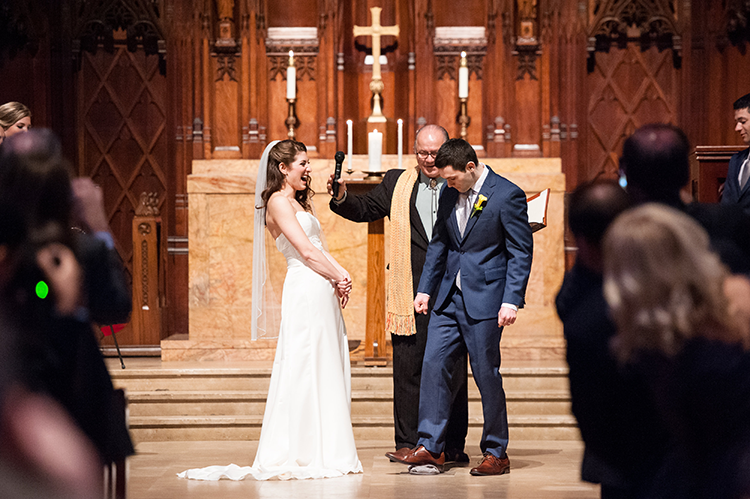 photos by the leeann marie collective

Heather Nayhouse had her heart set on a ceremony in Heinz Memorial Chapel in Oakland for her wedding to her college sweetheart, Zachery Jones.

“One of my biggest fears was the time slot because they have only so many weddings a day,” says Heather, a University of Pittsburgh graduate. “We had booked Soldiers & Sailors [Memorial Hall & Museum] before we were able to book Heinz Chapel, so we had to get that day.”

Then she realized if they opted for an early ceremony, they could have a nontraditional brunch wedding. 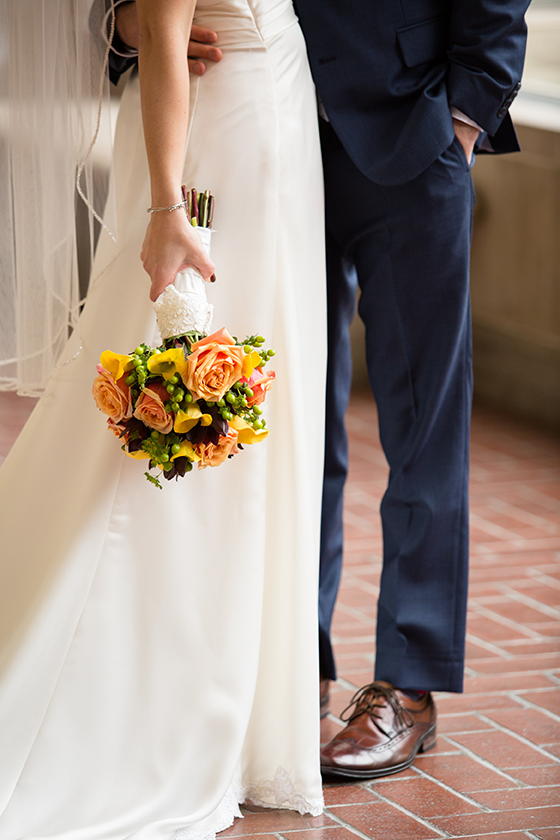 “We thought it would be cool to do something different, and we both love brunch food. And I feel like it’s a crowd pleaser,” she says.

The Squirrel Hill couple scheduled their wedding for 10:30 a.m. Brunch included a coffee bar, mimosas, bloody Marys, a fall sangria, a waffle station, an omelet bar, a carving station and a buffet with eggs, sausage, breakfast potatoes, roasted vegetables and bacon. Instead of placing bread baskets on the tables, they offered muffins, doughnuts and bagels. 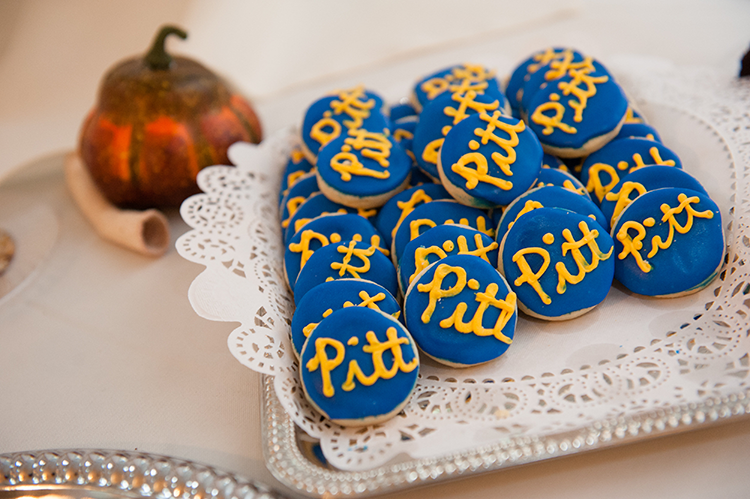 Heather, 28, who works at Allegheny Fence, and Zach, 29, who works as a supply planning manager at the H. J. Heinz Co., met during their junior year while studying engineering at Pitt. They were merely acquaintances until a teacher paired them up for a project. A few months later, many of their friends decided to go on a Pitt-sponsored spring break trip to Panama City, Fla. Heather and Zach signed up, too.

“Some of my friends [said], ‘It’s only a matter of time before you fall in love on this trip,’” she says. “And sure enough, when we got back, we were dating.”

After college, Heather accepted a job in Washington, D.C. She planned to return to Pittsburgh for Easter 2013, and Zach had invited her to dinner with his sister and her boyfriend.
When Heather arrived at his apartment on the South Side, she found candles and flowers spread throughout his apartment. An Easter basket full of chocolate and treats — and a small ring box in the center — awaited her on the kitchen table.

“I totally froze,” Heather says. “I was really surprised and caught off guard at the timing. I was just crying and really excited.” 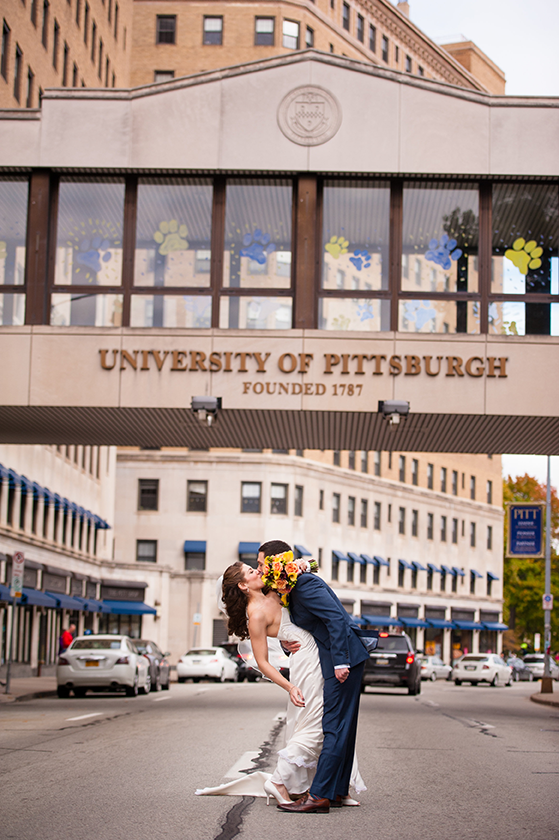 Caterer
All The Best Catering