Have You Ever Heard of The Pittsburgher's Creed?

The words were written more than a century ago by a Pittsburgh paper company executive. 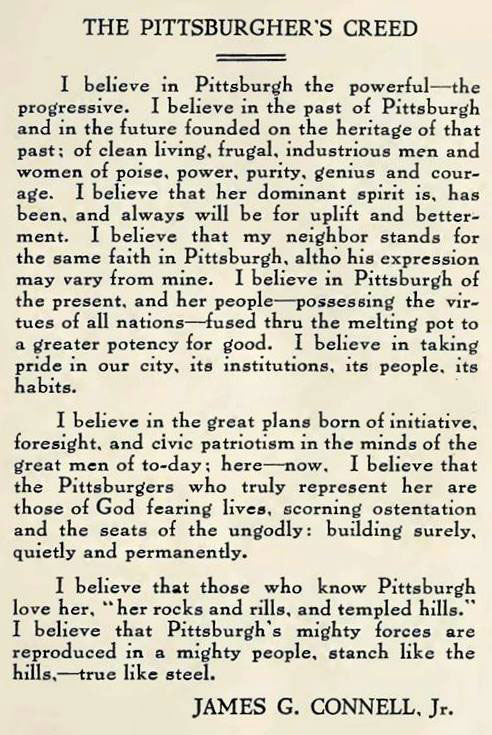 Much of James G. Connell Jr.'s words, written sometime before his death in 1914, are as relevant today as they were then.

Connell, a Beaver County native, was vice president and general manager of the West Penn Paper Company. He was just 33 years old when he died of an apparent heart attack in 1914. According to his obituary, he was a member of several civic organizations and left behind a wife, four daughters and a son.

h/t to The Odd, Mysterious & Fascinating History of Pittsburgh.