Reviews of "Hands of Stone" and "Don't Breathe," plus local movie news and notes. 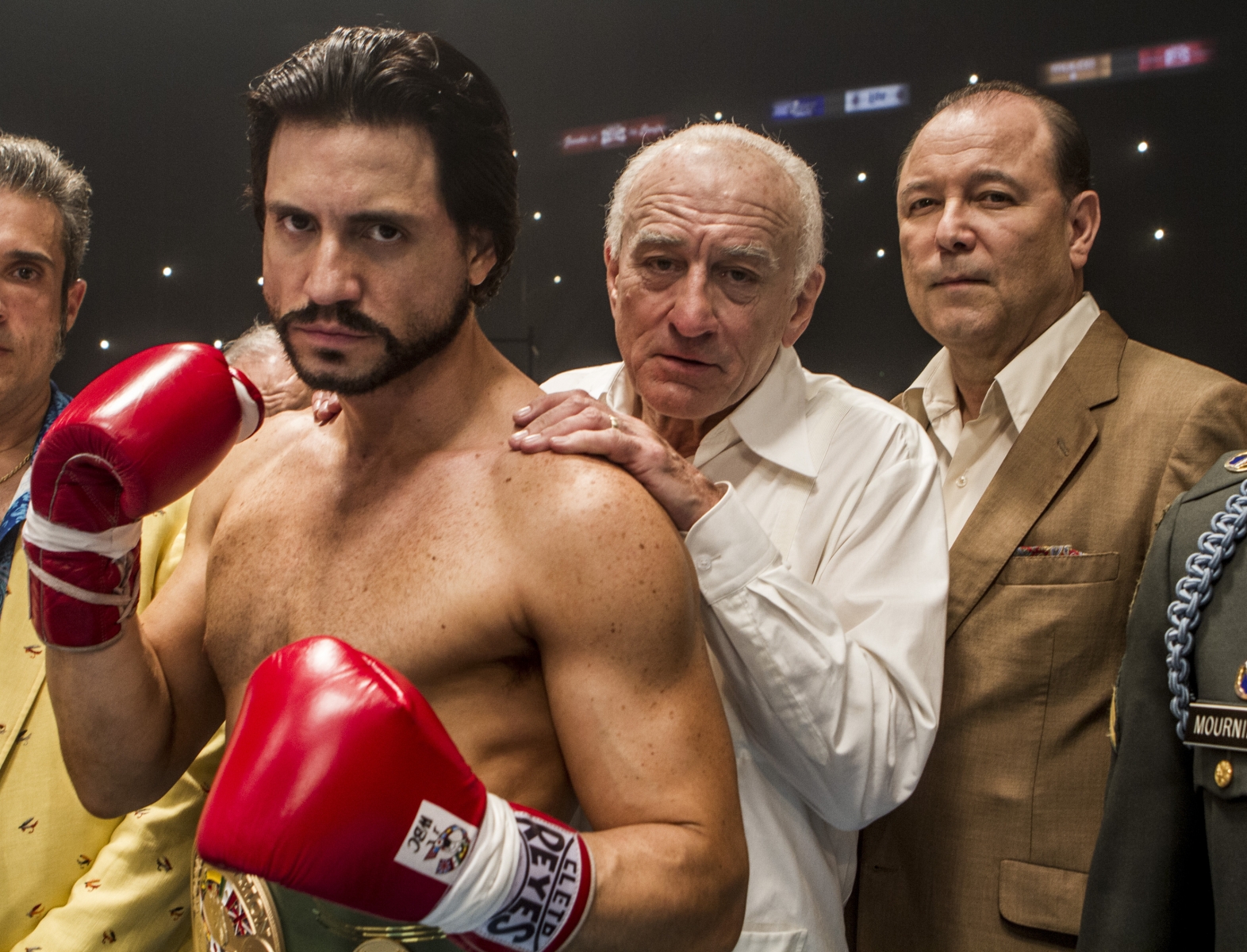 In the future, there will probably won’t be much boxing in the world.

The sport will never fully disappear. But as concerns over long-term damage from concussions and CTE rise, and the popularity of the sport in the face of mixed martial arts continues to wane, the odds of another Muhammad Ali capturing the attention of the world will grow slim.

I’m convinced, however, there will always be boxing movies. Whether fictional or biographical, stories of the sweet science are just too cinematic — the one-on-one conflicts, the effects of brutal violence on the minds and hearts of fighters, the tales of the days when the sport's (often mafia-tied) promoters ruled the world. The opportunity for compelling narratives with thrilling, in-ring climaxes is simply too great.

This week, the life of Panamanian boxer Roberto Durán gets a long-overdue cinematic treatment. Édgar Ramírez stars in “Hands of Stone,” written and directed by Panamanian filmmaker Jonathan Jakubowicz; it’s based on a book by Christian Giudice.
​
Ramírez plays Durán with swagger, passion and anger, giving as much life to the iconic fighter outside of the ring as he does in battle. Durán, who came up from poverty via his successes in the sport, rode a wave of victories and hype to several championship reigns; by the time of his legendary 1980 showdown with Sugar Ray Leonard (played here by Usher, in an impressive performance), he had compiled a 71-1 record.

Durán handed Leonard one of the only three losses of his career in that fight (and the only one before the waning years of Leonard’s career). But as much as “Hands of Stone” is about the course of Durán’s journey through the sport, it is also about the fighter's conflicted feelings about his native land and the United States, feelings that mirror the tensions between the two nations over the Panama canal.

Unfortunately, Jakubowicz made the decision to hand much of the narrative to Durán’s longtime trainer, Ray Arcel. Arcel is a legendary and fascinating figure in his own right, and could certainly be the subject of a biopic; played here by Robert De Niro, he’s compelling, if stereotypical (oh, for a boxing flick without a wise, elderly trainer). But allowing an old white guy to tell a story this concerned with national and racial identity is troubling, particularly when Durán — as a subject and a performance — is so very captivating.

Beyond that gaffe, the filmmaking is superb; the sweep of the story is irresistible, and the cinematography and sound especially are remarkable. “Hands of Stone” is not a film likely to capture many awards at the end of the year, but it should be ranked among the better pugilist biopics.

When I saw a poster for the horror film “Don’t Breathe,” my curiosity was piqued by a review quote from Filmmaker Magazine: “The best American horror film of the past 20 years.” High praise, sure, but I was curious because that is almost exactly what I said last year about “It Follows.” Could this new thriller match the lofty regard I hold for last year’s horror gem? Not quite — but it’s still worth a look. A trio of teens from some of Detroit’s worst neighborhoods pull off small-time burglaries, thanks to an in with a security company. When they learn about a huge potential score in an otherwise abandoned neighborhood, they decide to give it a shot, even though the owner never leaves the house; he’s blind, so how will they be in any danger? Unfortunately for the young crooks, the old man in the house is no easy target — and he has much more than money to fight for. “Don’t Breathe” plays with normal protagonist/antagonist roles in a fascinating way; the teens, while nominally the heroes, are committing a somewhat indefensible crime, and the villain is more sympathetic (if ruthless). The film ultimately goes a little haywire in its third act, and the endless twists and surprises gradually decay from shocking to unintentionally playful. But the film is genuinely suspenseful and does a lot of things right. Horror fans will enjoy it, and even non-fans will get swept up in the tension.

Also in theaters this weekend: “Mechanic: Resurrection” is an unexpected sequel to 2011’s underperforming actioner “The Mechanic.” Jason Statham returns, and the additions of Jessica Alba and Tommy Lee Jones make the second installment considerably more high-profile than the original. Whether there’s an audience for it remains to be seen. Elsewhere, Anna Gunn stars in financial thriller “Equity.”

The Montage: “Southside With You,” about the romance of a young Barack and Michelle Obama, also enters limited release and should be found on a few local screens. It wasn’t previewed for Pittsburgh critics, but reviews from elsewhere have been positive … The career of acclaimed, Pittsburgh-born actor F. Murray Abraham is celebrated this week at Row House Cinema. The Lawrenceville theater will screen the director’s cut of “Amadeus,” for which Abraham won a Best Actor Oscar, as well as “Scarface,” “Last Action Hero” and “The Grand Budapest Hotel” … I’m not sure how I missed this, but the former Carmike Maxi Saver in West Mifflin re-opened earlier this summer as the Century Square Luxury Cinemas. The new theater boasts reclining, faux-leather seats among its amenities; I’ll be investigating soon for a forthcoming item in the print version of Pittsburgh Magazine.