The KDKA Radio and TV host embraced the bonds she formed with the kids on her block and beyond. 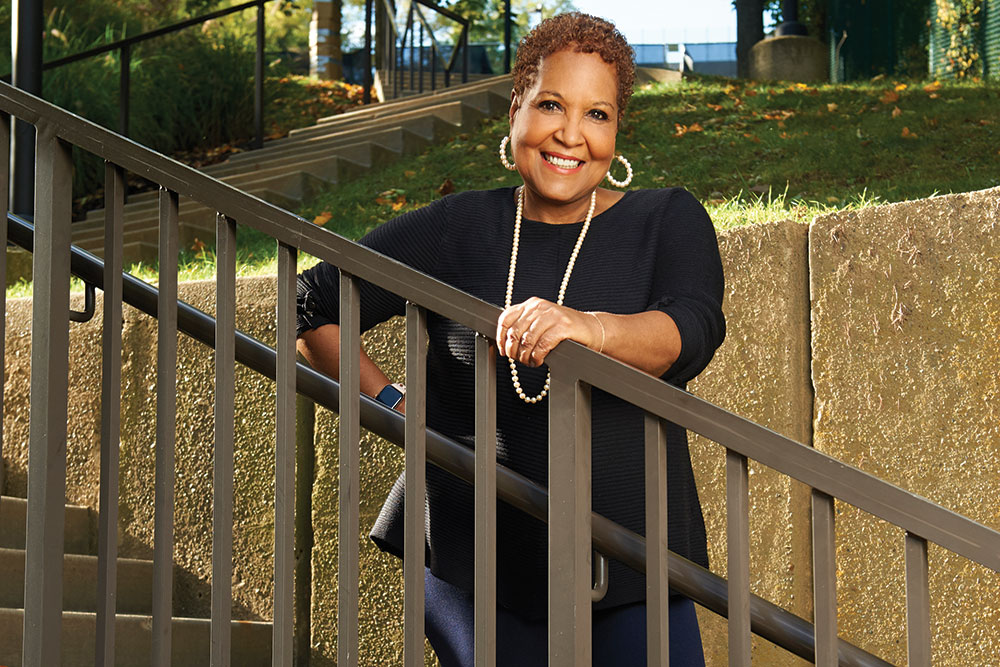 To say Schenley Heights was a tight-knit neighborhood to grow up in when Lynn Hayes-Freeland was a girl would be an understatement.

“Those were fun times, when I think back on them, because we did everything together,” the KDKA Radio host says. (She also is the producer/host of “The Lynne Hayes-Freeland Show” on KDKA-TV, where she has worked for decades.)

That neighborhood bond grew during a daily walk to the former Henry Clay Frick school.

“It was a significant walk. All the kids, we all walked together in a group. So there were probably 12 to 15 of us. I was probably the youngest in that group, but I got to walk with them because my older sister [Shelley] was in the group.

“There were some kids who lived a block or two beyond us and they would come down and we would be at the corner of our street and we’d go another block and there would be another group of kids.”

Together, they would make the hike down a set of city steps into Oakland.

“It seemed that there were hundreds of these steps. I would never walk up these steps today. But that’s what we did. We walked up and down those steps every day.

“Then in the winter because there was grass next to the steps, that’s where we would go sled riding when there was snow. That was some of the best sled riding around.”

If life sounds idyllic in the predominantly African American neighborhood tucked between Oakland and the Hill District during the early 1960s, that’s because it was, Hayes-Freeland says.

While Schenley Heights is a stone’s throw from Oakland, she and her neighborhood friends didn’t hang out there.

“We went straight to school and we came straight home,” she says. “The most we did is linger on the steps coming home, but we were not allowed to deviate from that route at all. … If you deviated from that, you would have been by yourself. We all had to hold each other accountable.”

There was one rare exception.

“Every now and then we might sneak and go into Gus Miller’s,” she says. The newsstand at the corner of Forbes and Atwood was a neighborhood institution for decades.

Hayes-Freeland’s biggest break from her neighborhood happened when she went to St. Paul’s Cathedral (now part of Oakland Catholic) for high school, unlike her classmates and sister, who attended the original Schenley High School.

“I was kind of a wild child. The principal at Frick called my mother in and said, ‘Lynn’s a really bright girl but she’s easily distracted. She needs a little more discipline,’” Hayes-Freeland says.

Presented with the option of attending the all-girls’ school or Taylor Allderdice, where her mom taught, Hayes-Freeland opted for the Catholic school and remains a proponent of single-sex education to this day.

“It was the best thing that my parents could have done for me. At that point, there were not many African American students at St. Paul’s. There were nine Black girls in my class. It gave me a different perspective and a different understanding of being a minority.”

Hayes-Freeland, who graduated in 1973, left the neighborhood for college and to start her family, but returned to her family home — like many others — to take care of her aging parents. Her father, who is 95, still lives with her.