Growing Up in Cranberry: Lorin Meeder 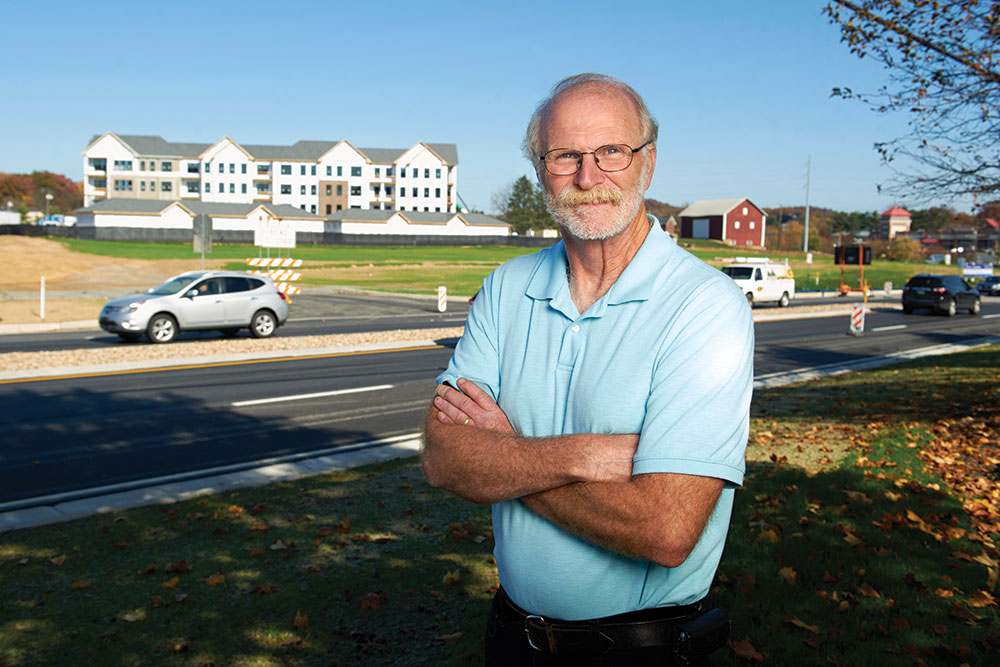 It’s hard to imagine there ever was a time Route 19 in Cranberry Township wasn’t packed with cars, but when Lorin Meeder was growing up, one of his father’s favorite things to do was sit on the front porch — which overlooked the highway — and wave to drivers as they sporadically came up and down the four-lane road.

“We would know all the people going up and down Route 19,” he says.

Meeder, 66, grew up in Cranberry at a time when it was still mostly farmland. Formerly the township’s environmental program coordinator, Meeder — who retired in 2020 — can tick off the neighborhood farms. There was Goehring, Hutchinson and Milbert, just to name a few. Nearly everyone, he says, lived on a farm — although by that time some had already become fields.

“It was fantastic,” he says of growing up in a rural area. “I highly recommend it.”

The Meeder family is a fixture in the area. Meeder’s father was raised in the brick farmhouse that still stands at the intersection of two of Cranberry’s main thoroughfares, Rochester Road and Route 19. Built in the 1860s, the home housed generations of Meeders who tended the farm’s 60 acres, growing corn, pumpkins, strawberries and other crops.

Up until the 2010s, the family sold its goods at a roadside stand, where Meeder says everyone was familiar with his Aunt Nina, affectionately known as “the corn lady.”

One of four brothers, Meeder, whose father raised cows, lived just down the road from the family homestead in a Cape Cod-style house. The building later became the Cranberry Creamery and then Meadows Frozen Custard.

As a boy, Meeder says he could bike down Route 19 to his elementary school. He and his brothers also hunted and trapped all over the area, catching raccoons, mink and muskrats.

“When you get four brothers together, you could do a lot of damage, too,” he says with a chuckle.

At age 10, Meeder recalls saving up enough money from picking 1,000 quarts of strawberries to buy his first rifle at a Butler County general store. When he was a teen, he took a job as a dishwasher at The Golden Rooster, now the North Park Lounge.

But even then, there were signs of impending development. The Turnpike interchange was already in the area, and Meeder remembers several neighborhoods being built. When I-279 opened in the late 1980s, providing a direct route to Downtown, the population swelled.

As the area grew, Meeder — who took a job with the township in 1973 digging ditches for water taps — went on to run and oversee the expansion of the community’s sewer and water systems before becoming the township’s environmental programs coordinator. “The hardest work I ever did was with a pencil,” he says.

His office was located in the Cranberry Municipal Center, directly across from the family’s farm. Today, the property is being developed by Charter Homes & Neighborhoods into a collection of single-family homes, townhouses, condos and small businesses. In honor of the family, it’s called “Meeder, the Great American Neighborhood.”

It makes this Meeder a bit melancholy.

“I’m glad I’m retired so I don’t have to watch it every day,” he says, adding the family sold the property after they were unable to buy each other out.

The developers, however, agreed to preserve the family home, as well as the original red barn, which these days is emblazoned with the words “Meeder, the Great American Neighborhood.”