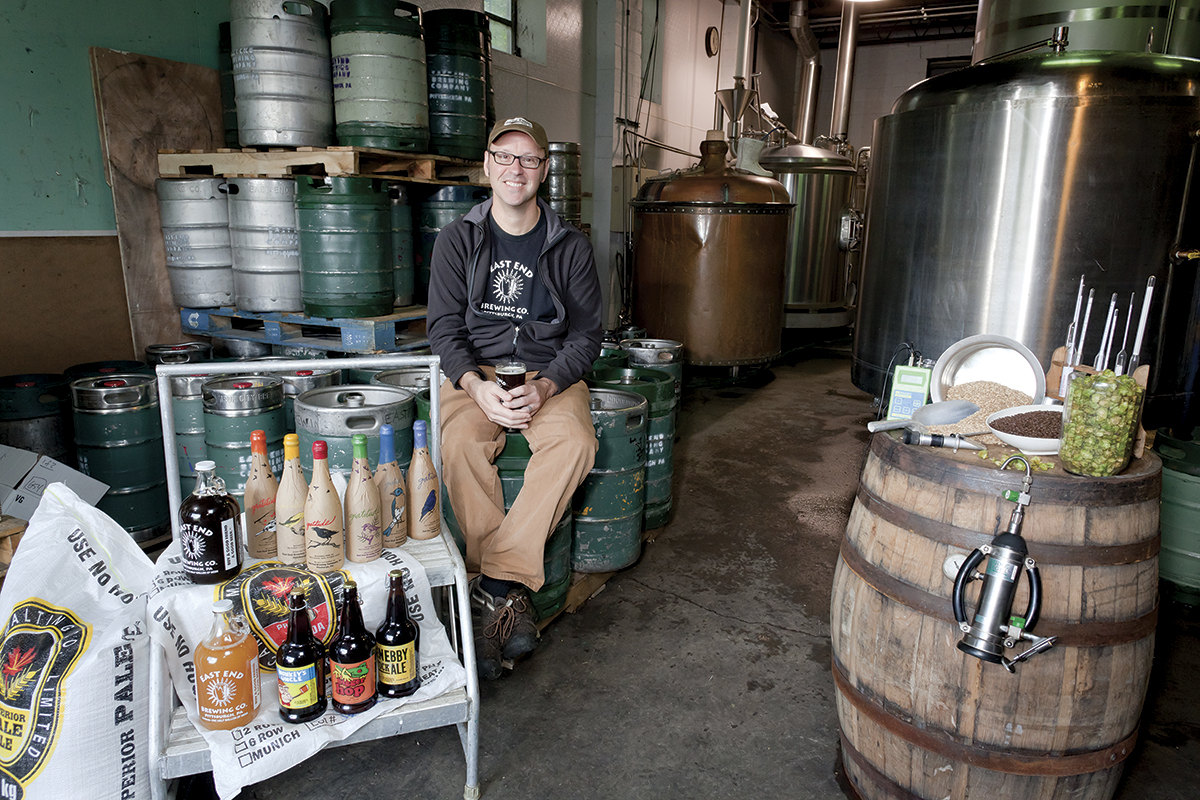 It’s a great time to be a beer drinker in Pittsburgh,” says Scott Smith, owner of East End Brewing Company. He’s sitting in the newly opened brewpub at his production facility in Larimer. The pub is the latest development in his 10-year-old business, one that he’s slowly molded into the most-celebrated local craft brewery. “It only took us 10 years to figure out that the most sound business is to put beer in a glass and serve it across a bar,” he jokes.

Smith left his job as an engineer at a Fortune 500 company to open EEBC in 2004. If someone had told him then that he’d one day rise to eminence in an emergent Pittsburgh craft-beer scene, he says he would have laughed.

“I was creating all the beer recipes, doing all the brewing, the keg washing, the website . . .” he says. In fact, he had to go bar to bar to convince business owners to stock a locally brewed craft beer at a time when national microbrews (think Sam Adams or Sierra Nevada) and imported beers were the popular choices.

Smith thinks of Vecenie’s Distribution Co. as his “first employee,” even though the company was paying him.

“It was a magical day when they came, picked up kegs from the loading dock and handed me a check for the beer. I felt two inches taller that day,” Smith says.

He’s grown significantly since then. EEBC expanded in 2012, moving from a 4,000-square-foot warehouse in Homewood to its current 17,000-square-foot building. And he’s no longer a one-man show: Smith now has five full-time and five part-time employees.

He has received inquiries from distributors to sell East End’s beer elsewhere, but he says he believes the ethical thing to do is to link his company’s future with the city that brought him to where he is today.

“Why would I abandon that local market to chase money elsewhere when there are more mouths to feed here in our backyard?” he says.

Ever the engineer, Smith now is focusing on the small details.

“It’s about being as consistent as we can be,” he says. For example, he recently installed a temperature-controlled water tank that ensures each new brew will be cooled in a specific amount of time, regardless of the season. Indeed, Smith’s focus on detail can be downright microscopic; he’s using a hemocytometer, a gadget that allows his brewers to know the precise amount of living yeast cells in each batch.

“If the beer isn’t getting better every year, we’re not doing it right. We’re missing the boat,” Smith says. In Pittsburgh, Smith isn’t just riding the boat — he’s captain of the ship. 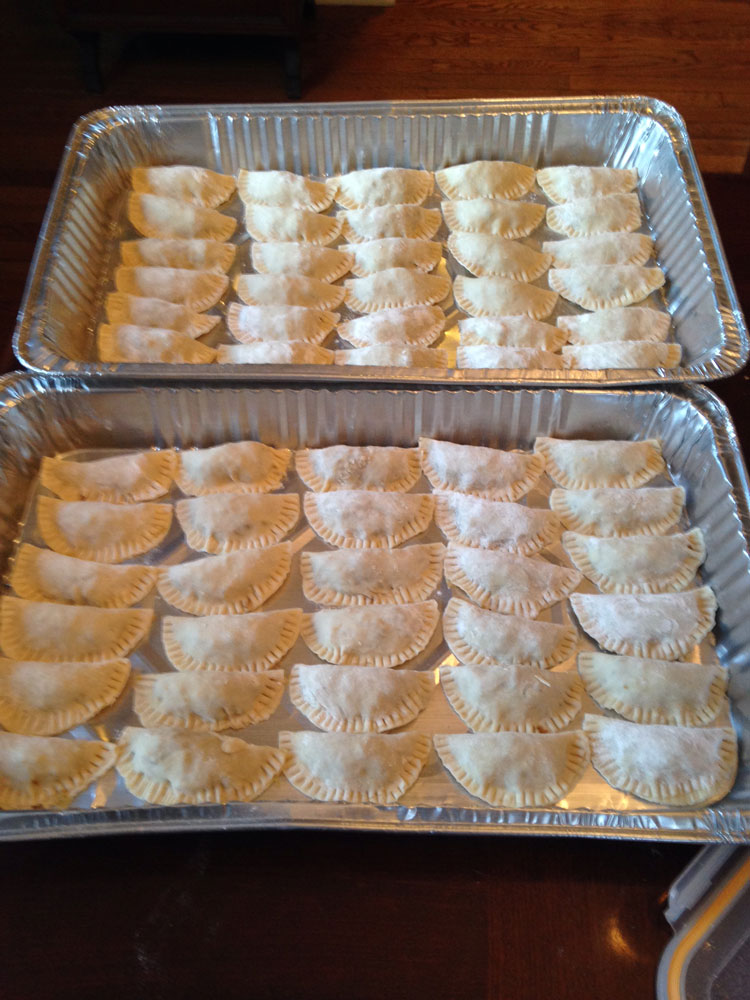 Every year, right around Christmas, we have a big extended family get-together that at some point came to be known as Pierogiepalooza. Just sometimes, if I promise not to get too bossy, my wife, Julie, lets me help a little. (I’m sorry to report that all family positions have been filled for next year’s Pierogiepalooza. But I’ll let you know if we have any cancelations.)

*Fillings: This can really be whatever you like: chopped cabbage with some butter, salt and pepper; potatoes are just mashed with cooked onions added; apples are chopped very fine and sweetened with a little sugar (not precooked); prunes are even easier — add two per pierogie.