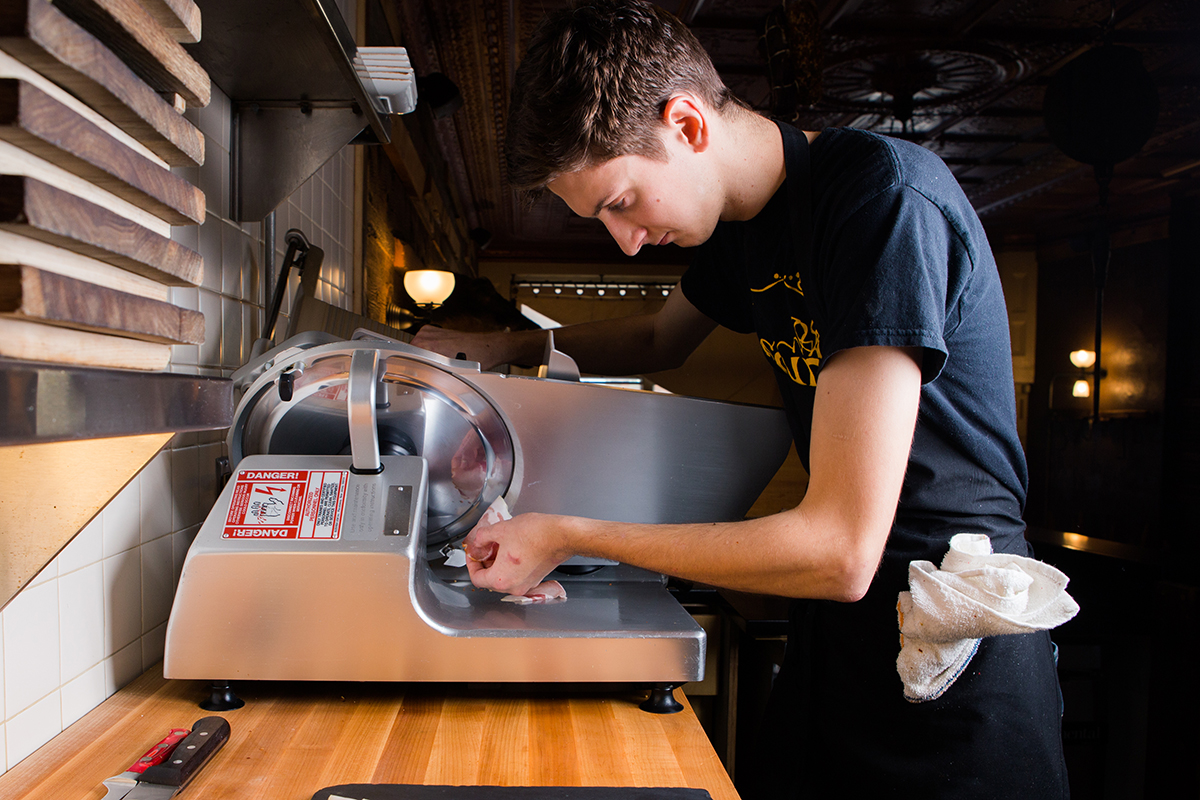 Many 22-year-old dudes are happy to spend much of their time chasing pretty pairs of legs. Not so for Nate Hobart, the unassuming wunderkind who is more interested in curing them. Hobart is the quiet backbone of Cure and the soon-to-open Morcilla restaurants in Lawrenceville.
In an era when chefs fresh out of culinary school tend to bounce from restaurant to restaurant or hope to find a quick path to stardom on TV, Hobart says he still believes in the adage that patience is a virtue.

“[Nate] has a level of maturity that I haven’t seen in anybody else his age. What he’s able to learn and retain is remarkable,” says Justin Severino, owner of Cure and Morcilla.

Hobart’s uncanny maturity was apparent to Severino from the day the two met: In July 2010, Severino was interviewing culinary students at the now-closed Le Cordon Bleu Institute of Culinary Arts for a position in his kitchen at Elements Contemporary Cuisine downtown. Hobart — just 17 at the time — got the job. Aside from a six-month externship at Eleven Contemporary Kitchen, he’s worked at Severino’s side ever since.

Now, Hobart is the day-to-day minder of Cure’s charcuterie program, and he runs the restaurant’s kitchen when Severino is away. When Morcilla opens this summer, he will move to Lower Lawrenceville to be the chef de cuisine. 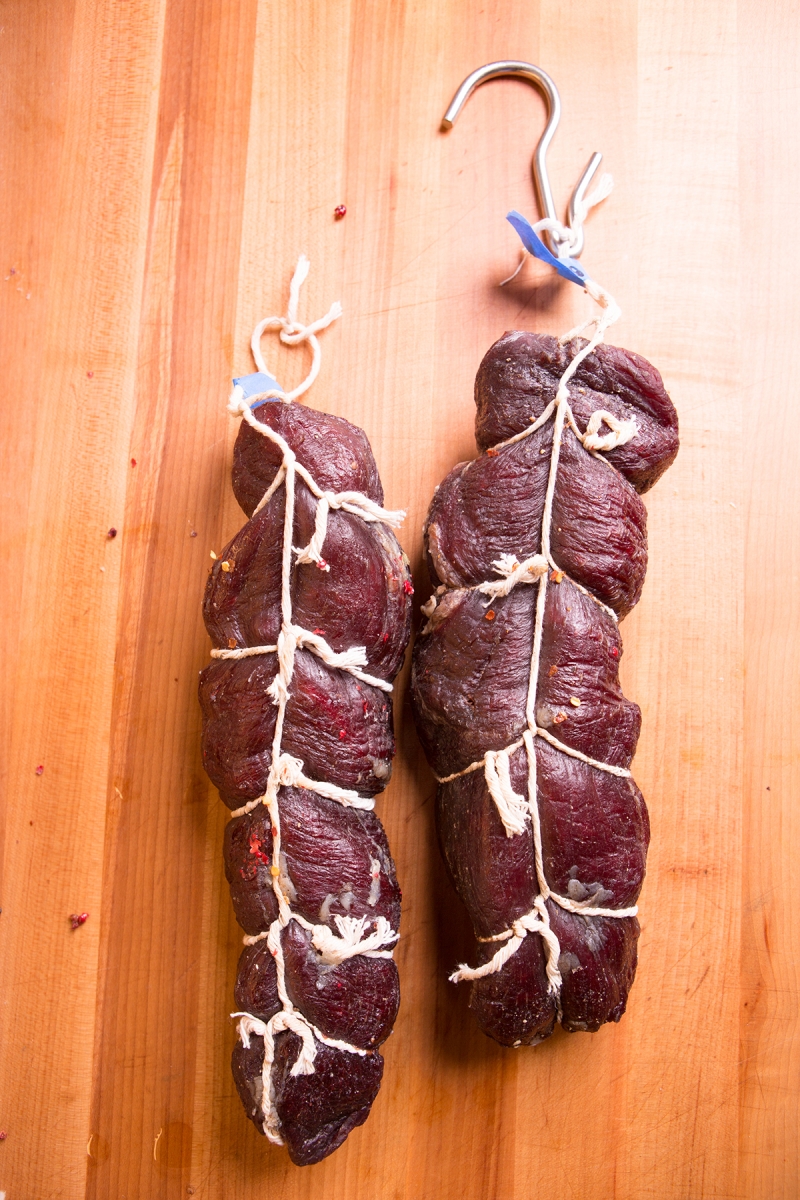 “I was the bottom of the totem pole when I started,” Hobart says, noting he climbed the ladder because, “I was here every day, and I wanted to learn, so I ended up taking on more and more responsibility.” The 6’4.5” chef credits Severino’s trust and leadership for fostering his continued growth.

“I’m challenged every day. I feel like I’m not going to find this opportunity anywhere else,” Hobart says. In fact, he’s so eager to grow that Severino sometimes tells him to take a day off and have fun. 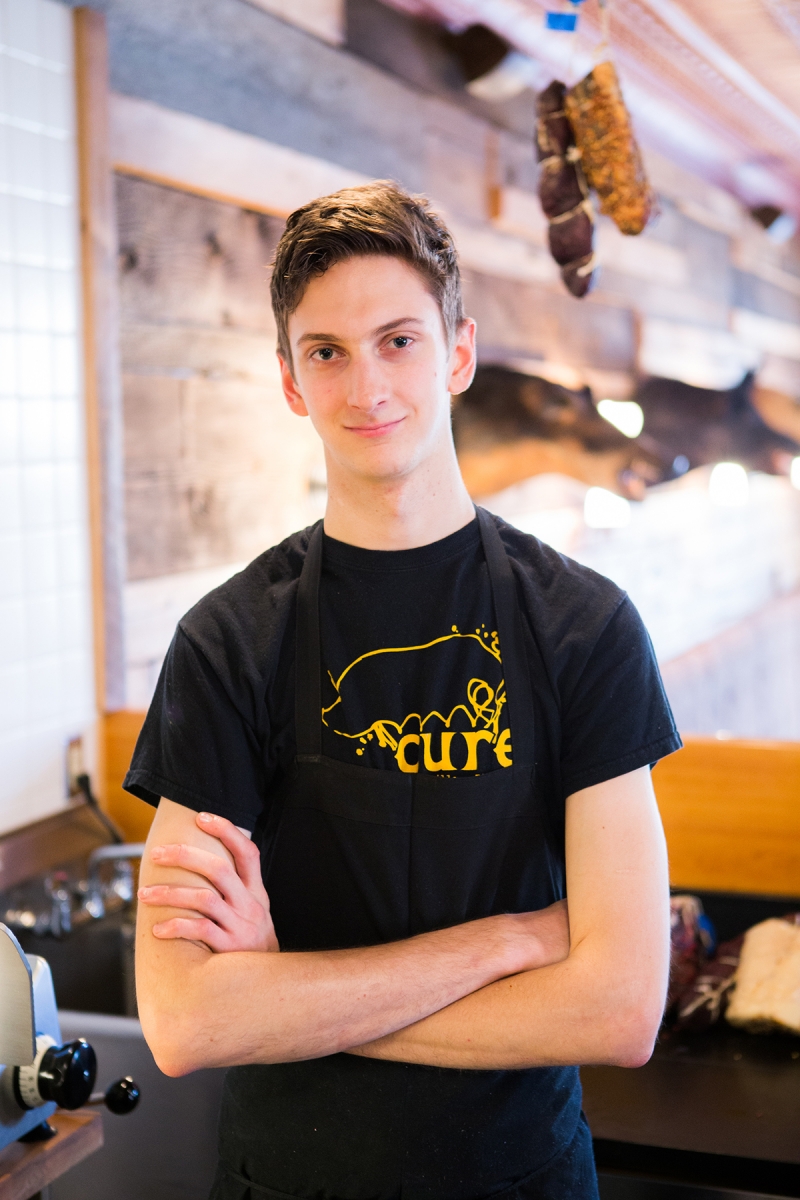 Hobart’s work ethic gives his boss the freedom to continue to innovate in his restaurant. “Everything we do here in the kitchen is better because of our partnership. I’m able to see past my cutting board because I know I can trust him to keep the same standards that I do,” Severino says.

Although Hobart had no experience curing meat before working at Cure, the art of charcuterie suits his personality particularly well. He’ll take on an expanded role of curing meat for both restaurants downstairs at Morcilla. “It’s super-detailed and demands a lot of exactitude and patience,” he says.

It’s sometimes hard to believe that Hobart is in the early stages of what looks to be a long career. If he keeps to the path on which he’s walking, Pittsburgh is going to taste some amazing food in the future.

“You should always want to get better,” he says.

(adapted from a recipe from Nate Hobart)