John Creasy and his team turn abandoned land in the East End into the home of the permaculture-focused Garfield Community Farm. 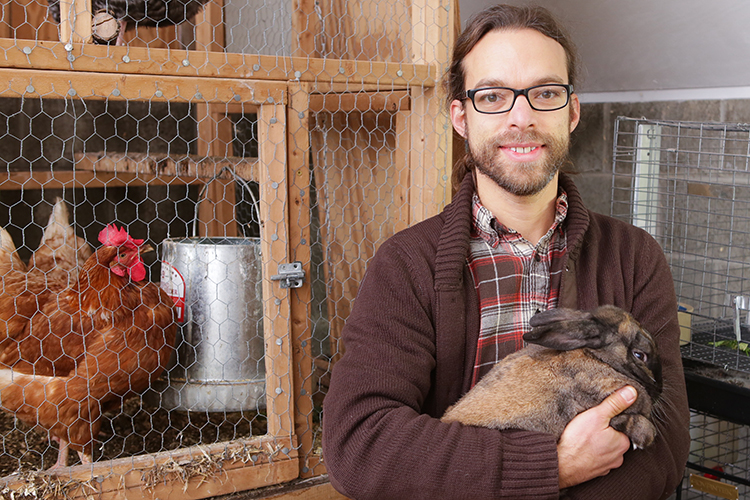 When John Creasy describes a visit to his farm, it’s easy to imagine you’re walking through a bucolic paradise.

“We don’t just have rows and rows of crops,” he says. “We have fruit trees and spaces that are wild that we get firewood from. We have places for neighborhood kids to feel safe and build their forts.”

Garfield Community Farm is located on 2.5 acres of previously blighted land on a hilltop in one of Pittsburgh’s once-neglected neighborhoods.

As winter turns into spring, the Garfield property begins its transformation into an edible wonderland. 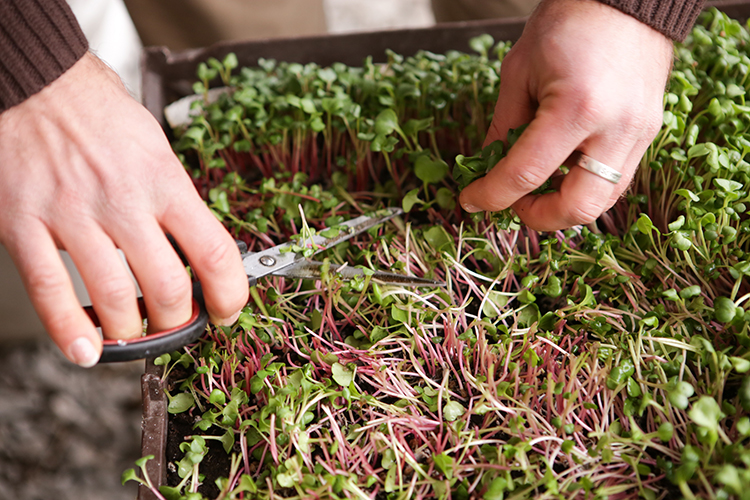 Creasy, 37, says his original intention for the location was to build a small community garden. That vision grew, however, “when we realized the scope of abandoned land in this neighborhood, especially at the top of the hill.”

Over the last few years, Creasy has moved steadily from growing annual crops such as tomatoes and peppers into planting perennial crops including tree fruits, berries and asparagus. Half of the farm’s production is perennial — and he expects that amount to grow.

“We are interested in stability. What we’re doing takes a lot of work to establish, but we’re getting there. In 10 years, we’ll have three annual plots among a mature food forest,” he says.

Creasy practices a method of farming called permaculture, shorthand for permanent culture or permanent agriculture. Though agriculture is critical to Garfield Community Farm’s mission and business, for Creasy, culture is key.

“That’s what I love about permaculture. There’s an equal emphasis on care for the Earth and care for people,” he says.

Creasy also is the associate pastor of The Open Door Presbyterian Church in Highland Park. He says faith drives his determination to be a steward to both land and people.

“As Christians, we believe that God has given us an ability to have a relationship with Him, and for me that only increases the amount of responsibility we have in caring for what He created,” he says. 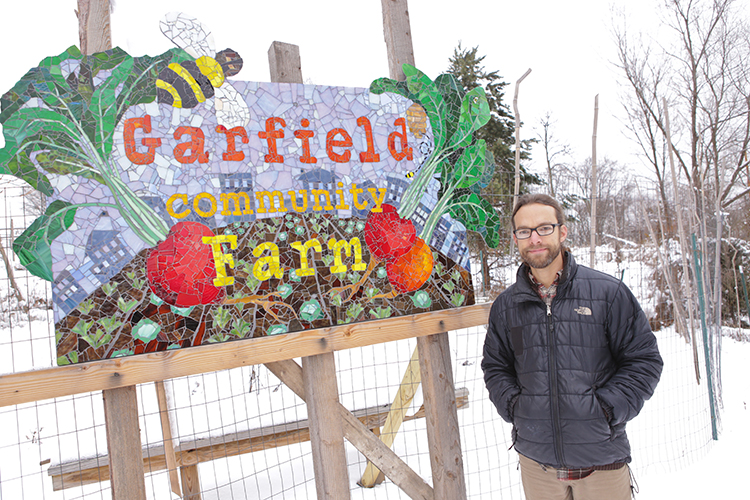 To that end, Garfield Community Farm focuses most of its efforts on its neighbors. During the growing season, it is a primary supplier of produce to high-end restaurant Salt of the Earth, located just down the hill. There’s a weekly farmstand, a working relationship with residents of a nearby public-housing complex and a commitment to empower neighborhood residents to learn to work on the farm.

Now, Creasy is adding another peg to the permaculture puzzle: teaching. “I love seeing people equipped to go out and do this. I really believe in this,” he says. “I believe in working in lower-income neighborhoods — in seeing something restorative and positive happen on abandoned land. This little farm here can help equip people to do amazing things.”