Reviews of "The Great Wall" and "Fist Fight," plus local movie news and notes. 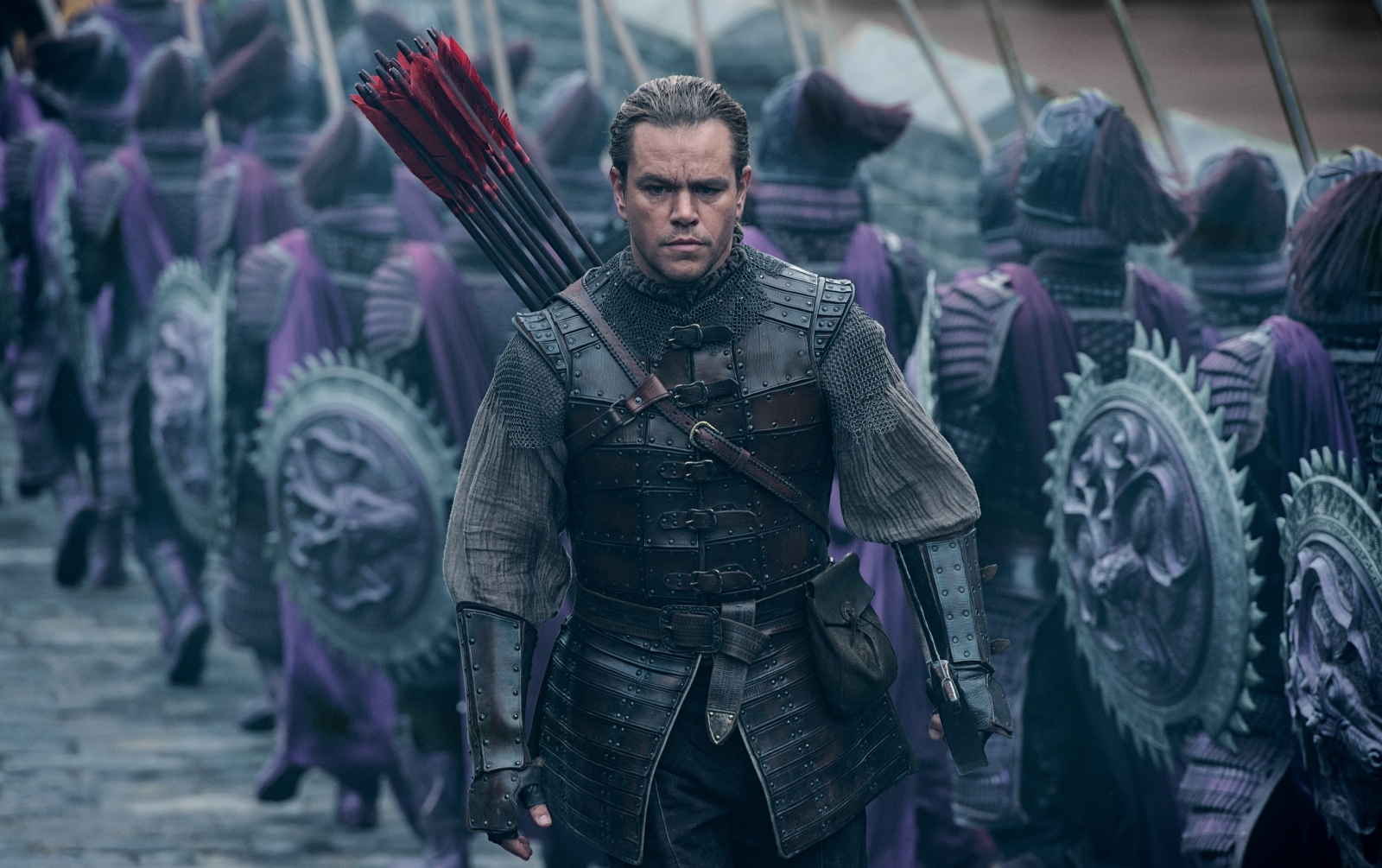 If you happen to buy a ticket to see “The Great Wall” this weekend, please know: It wasn’t really made with you in mind.

The folks at Universal Studios and Legendary Entertainment are certainly happy to take your money, of course, and genuinely hope that their action-adventure flick makes some money in North America. But make no mistake about it — This may be the first international production for whom the returns in China are immeasurably more vital than those Stateside.

The story blends Chinese history and myth — think of it as the Far East’s “Abraham Lincoln: Vampire Hunter,” if you want an overly reductive comparison — in a tale about defending the Great Wall during the 11th century. A group of western mercenaries show up in China in search of gunpowder; they happen upon the titular wall and discover its true purpose is to defend against some ridiculous monsters.

There’s some visual splendor here, to be sure, particularly in the fanciful defenses and attacks the Chinese army employs against the creatures (which, it must be said, look awful — outdated CGI beasts which recall the monstrosities from video games such as “Silent Hill” much more than any plausible fauna). Director Zhang Yimou, best known for beautiful period action films such as “Hero” and “House of Flying Daggers,” certainly knows how to compose captivating sequences.

That can't be said, however, about the utterly ho-hum script, which is soporific when not utterly riddled with cliché. Co-written by Carlo Bernard, Doug Miro (who is responsible for similarly snooze-baiting wannabe epics such as “The Sorcerer’s Apprentice” and “Prince of Persia: Sands of Time”) and Tony Gilroy — more on him in a moment — the story would seem simplistic in a picture book and the dialogue is stilted in its good moments.

But again: “The Great Wall” is seeing an incidental release and little more in the United States. Filmed mostly in English, it is the most expensive production ever filmed entirely in China; it was released there two months ago and has already grossed nearly $200 million (in U.S. dollars). It’s cast and crew is an international roster of talent whose appeal is greater in other markets than it is here.

The exception, of course, is Matt Damon — and, on the other hand, he’s not much of an exception at all. Damon is a top star in China thanks to the global appeal of the “Bourne” franchise; he’s even brought the top writer from that series, Gilroy, along with him for this one. That’s the point of “The Great Wall” — to combine a top American star with homegrown talent to make a movie that has done phenomenally well in China, well enough worldwide and okay in North America.

Is it very good? No, not really. But that’s not the point. And with more and more influence taken up by the growing markets in the Eastern Hemisphere — note that the company behind “The Great Wall,” Legendary Entertainment, was sold to Chinese firm Wanda Entertainment last year — there are more films like it on the way.

The weekend’s other wide release, “Fist Fight,” is bad in far less interesting ways. Charlie Day plays a spineless teacher and family man trying to keep his head down in a tough high school; Ice Cube is his opposite, a no-nonsense taskmaster trying to rule his classroom through fear. When things get out of hand on the last day of the year, the two educators butt heads and the latter challenges the former to an after-school brawl. Time is killed, eventually they fight, we all go home. “Fist Fight” is badly, badly underwritten, with writers Van Robichaux and Evan Susser seeming to think that the dichotomous characters of the leads will provide laughs all on their own; it’s a nice thought, but writing jokes is a better one. Some of the supporting cast adds an occasional chuckle — Jillian Bell and Kumail Nanjiani do well — while others, such as Christina Hendricks and Dean Norris, are woefully underutilized. If all you need to be entertained is swear words and slapstick, you might get through “Fist Fight” okay, but those looking for much more than that need not apply.

The Montage: The brand-new Tull Family Theater officially opens its doors today, with showings of Oscar hopefuls “La La Land” and “Fences,” as well as the acclaimed documentary “The Eagle Huntress.” Named for donor Thomas Tull (the former Legendary Entertainment head, Pittsburgh native and part-owner of the Steelers), the Sewickley non-profit theater plans to show acclaimed first-run films alongside repertory features and cultural programming; I’m hoping to visit soon. Click here for opening-weekend showtimes and tickets … It’s the moment my fellow Hufflepuffs and I have been waiting for (along with all the Gryffindors, Slytherins, Ravenclaws, Muggles, etc.) — the giant Harry Potter Film & Cultural Festival kicks off today at Row House Cinema. All eight films will appear over the course of the next two weeks alongside a bevy of special events and surprises; check out details on the Row House website, and don’t wait to buy tickets, as many events are already sold out.