A review of the Hank Williams biopic, plus news on the Banff Mountain Film Fest and other local movie happenings. 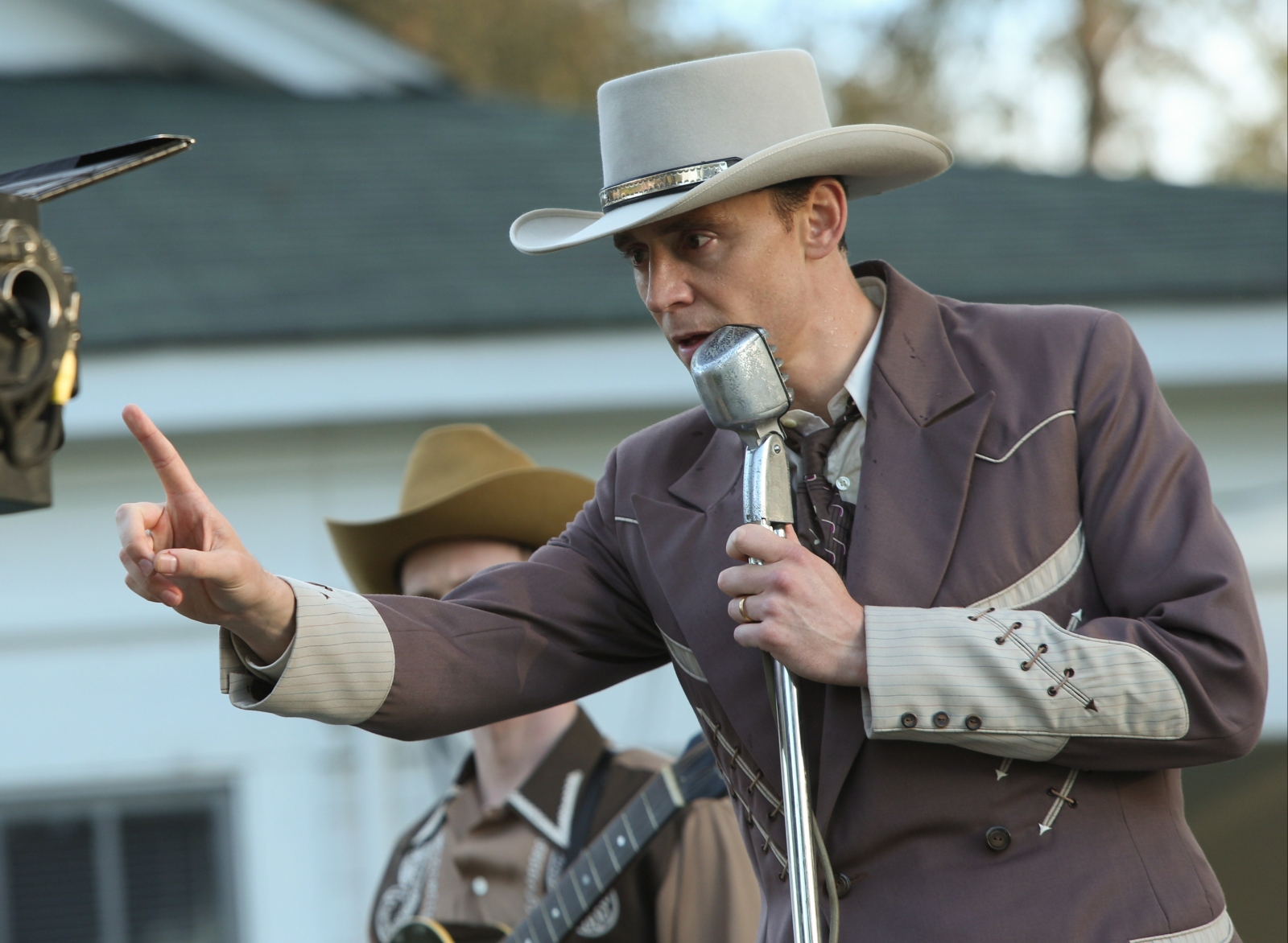 Tom Hiddleston’s portrayal of Hank Williams in “I Saw the Light” instantly ranks among the most pitch-perfect interpretations of a popular musician in cinema. Casting a British performer best known for his portrayal of a Norse god as the country icon may have seemed like an odd choice to some, but the results are on the screen: Hiddleston’s Williams recalls Sissy Spacek’s Loretta Lynn in “Coal Miner’s Daughter” or Chadwick Boseman’s criminally underrated James Brown in “Get On Up” for for its heartfelt honesty.

Unfortunately, the film isn’t quite worthy of such great actors. The storytelling is sound, skipping the obvious biographical details for the important ones; the photography, by Italian cinematographer Dante Spinotti, is lovely. Aside from some dull faux-documentary footage, there aren’t too many specific points I’d object to; it’s just a somewhat rudderless vessel.

This could be due to the relative inexperience — or, rather, the inappropriate experience — of Marc Abraham, the writer, director and producer of “I Saw the Light.” Abraham is a veteran producer, having worked on such films as “The Hurricane,” “Air Force One” and “Children of Men.” But “I Saw the Light” is only his second directorial effort, after 2007’s unremarkable “Flash of Genius.” At the risk of pegging a film’s flaws on one person’s shoulders — though it’s easier to do so when that one person is directing, writing and producing — Abraham directs like a producer, assembling all the appropriate elements but not really holding the vision to do much with them.

“I Saw the Light” is still a good movie. The performances alone are enough to make it memorable, and fans of Williams will certainly be satisfied by the film’s truthful look at the legend’s music and career.

One simply wonders how good the film might’ve been.

Here’s a brief word on a new streaming release that might have caught your attention. “Get a Job” is a post-collegiate comedy with a truly impressive cast; Miles Teller and Anna Kendrick star as fresh-faced grads in search of elusive employment. Bryan Cranston appears as Teller’s father, himself looking for a new gig; Marcia Gay Harden, Alison Brie and Jay Pharoah also appear among the supporting cast. All work hard and approach the script earnestly; unfortunately, the script is a poor one. The film sat on the shelf for four years before finally receiving a release to streaming platforms and a very limited number of theaters this month; I’d imagine much of that delay was spent trying to edit “Get a Job” into something tight and funny. The jokes don’t land, however, and the premise seems previously covered a number of times in better forums. The eminently likable cast prevents it from being completely unwatchable, but “Get a Job” is not worth the cost of an evening.

The Banff Mountain Film Festival is a touring collection of short films that depict adventure, nature and any physical activity that typically occurs outdoors. Appropriately, Venture Outdoors is the fest’s local presenter; they’ll bring the event to the Carnegie Library of Homestead Music Hall this Saturday and Sunday. You’ll see climbers in Patagonia, snowboarders in Alaska, river monsters under the surface of American streams and much more — and if you spring for the $40 VIP ticket on night one, you’ll also earn admission into a Venture Outdoors afterparty at the Karma Lounge at Dorothy 6. Get all the information and pre-purchase tickets (thus saving yourself a few bucks) right here.

The Montage: There’s a dreary drizzle pelting Pittsburgh as I write this, making it the perfect environment for “April Showers” week at Row House Cinema. They’ll screen four films with iconic rain scenes throughout the week: “Jurassic Park,” “The Truman Show,” “Say Anything” and the uncanny 1932 horror classic “Freaks.” And before you ask: Yes, there’s a “May Flowers” week on tap for next month. Tickets and showtimes here … I must admit that I’m not a “Dr. Who” fan, so I have no context on the event being held tonight at the Hollywood Theater. But I’m sure it’s pretty awesome. As part of their second annual Dr. Who Party, they’ll screen the big-screen Dr. Who flick “Daleks – Invasion Earth: 2150 A.D.,” which celebrates its 50th birthday this year. Of course, you’re encouraged to wear a costume. Tickets and info here … Ready for baseball, but not for sitting at PNC Park in cold weather? “Field of Dreams” is this week’s throwback pick at AMC Waterfront. See the Kevin Costner diamond drama on the big screen this Wednesday night; details and tickets here … The Danish battlefield drama “A War,” one of this year’s nominees for the Best Foreign Language Picture Oscar, opens today at Regent Square Theater. Showtimes and info here.