Mapping Batman's journey through Pittsburgh - from the filming contract to the release of 'Dark Knight.' 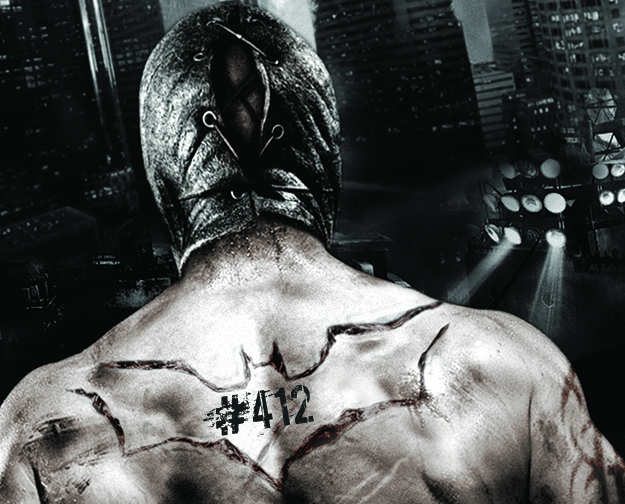 There’s a lot more to making a movie than pointing a camera at whatever’s exploding. The Caped Crusader’s journey through Pittsburgh began two years ago. We recently chatted with Pittsburgh Film Office Director Dawn Keezer for a look at Batman’s ’Burgh history, just in time for the release of The Dark Knight Rises. 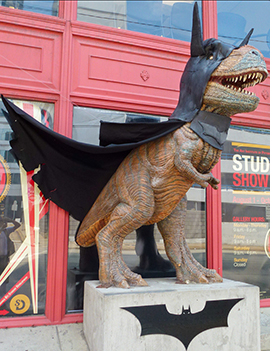 Dec 3, 2010
The Dark Knight Rises producers contact the Pittsburgh Film Office for the first time, to ask about the possibility of shutting down a bridge for filming. “We shut a bridge for 30 days for Inspector Gadget,” Keezer explains. “And there’s no other city in the country that can shut a bridge for that length of time.”

Apr 5, 2011
The Pittsburgh Film Office formally announces that Pittsburgh will be a key filming site for The Dark Knight Rises. Pre-production begins immediately. “They were working for six months before they rolled any film, and that was crucial,” Keezer says. 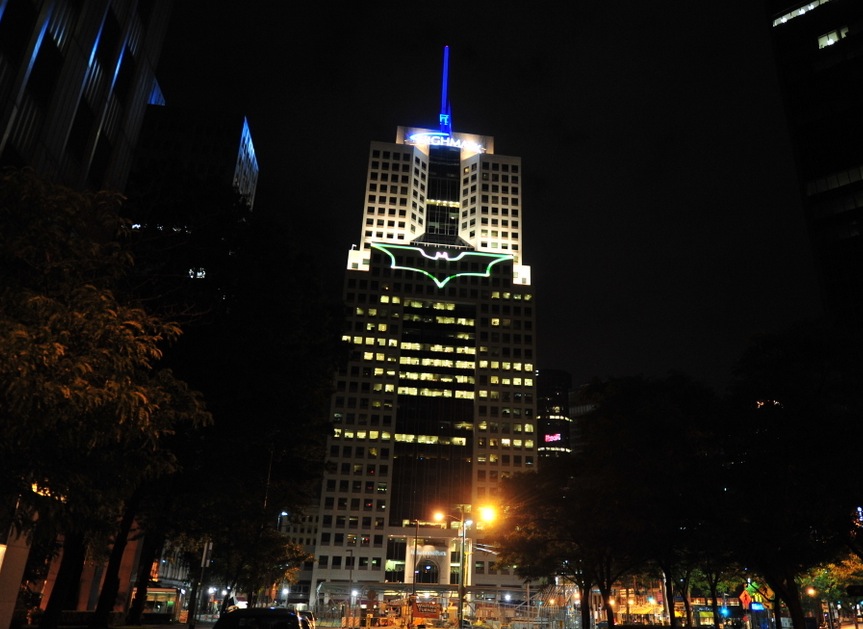 Jul 29, 2011
Crews begin filming. Keezer is quick to point out that, due to the number of extras employed by the production, “unemploy-ment in Pittsburgh dropped one full percentage point” for the month of August. 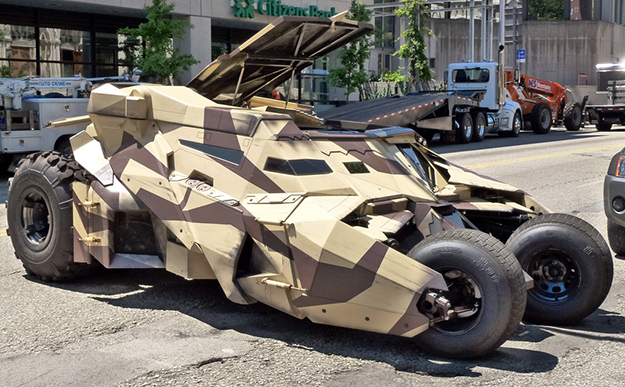 Aug 6-7, 2011
Filming takes place at Heinz Field. Despite the high temperatures, thousands of extras bundle up, as events in the film occur during winter. 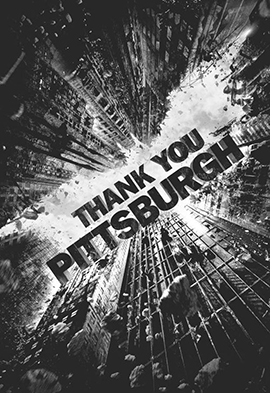 Aug 21, 2011
The last day of shooting in Pittsburgh, along Seventh Avenue near William Penn Place downtown.

Apr 2012
As part of the film’s viral marketing campaign, scrawled Batman logos pop up around the world; a handful turn up in Pittsburgh. Bats are spotted at Heinz Field, The Andy Warhol Museum, the Pittsburgh Film Office’s downtown home and elsewhere.

This article appears in the July 2012 issue of Pittsburgh Magazine.
Categories: Arts & Entertainment