Help the Wholey clan figure out where to place the iconic fish. 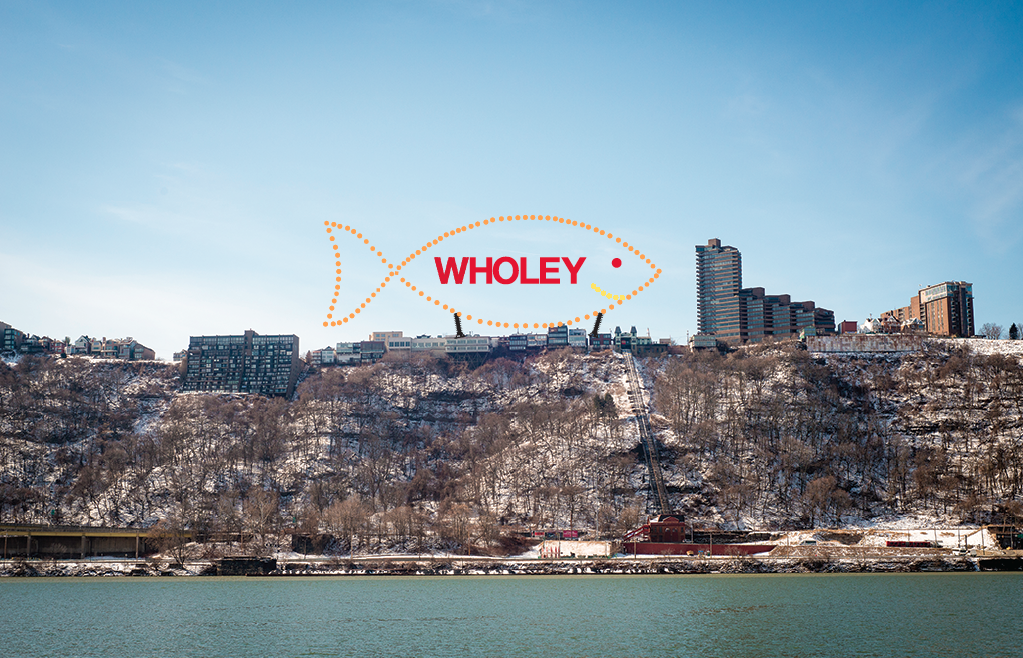 “Hey, what’s that giant fish doing on Mount Washington? And why is it smiling?”

Robert Wholey and Co.’s signature neon fish needs a new spot to drop anchor. Its current home, a warehouse near the popular Strip District fish market, is slated for renovation, so the Wholeys asked Pittsburghers to choose a new address. The nearby Sen. John Heinz History Center won the popular vote in a recent contest, but officials there expressed reservations.

Here’s how it would look in some of the other spots suggested by ’Burgh voters. Still want to weigh in? Send an email to smilingfishsign@gmail.com or visit the Penn Avenue store. “We’re still listening” for suggestions that pass muster with owners and zoning regulations, says company President Jim Wholey. 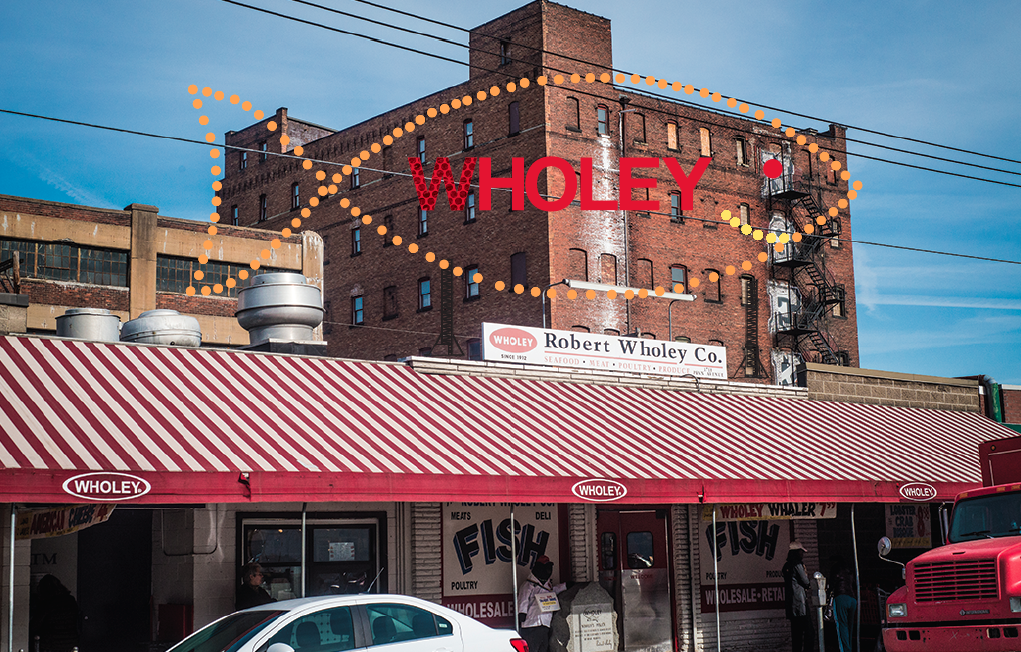 Above the Wholey’s fish market at 1711 Penn Ave. in the Strip. 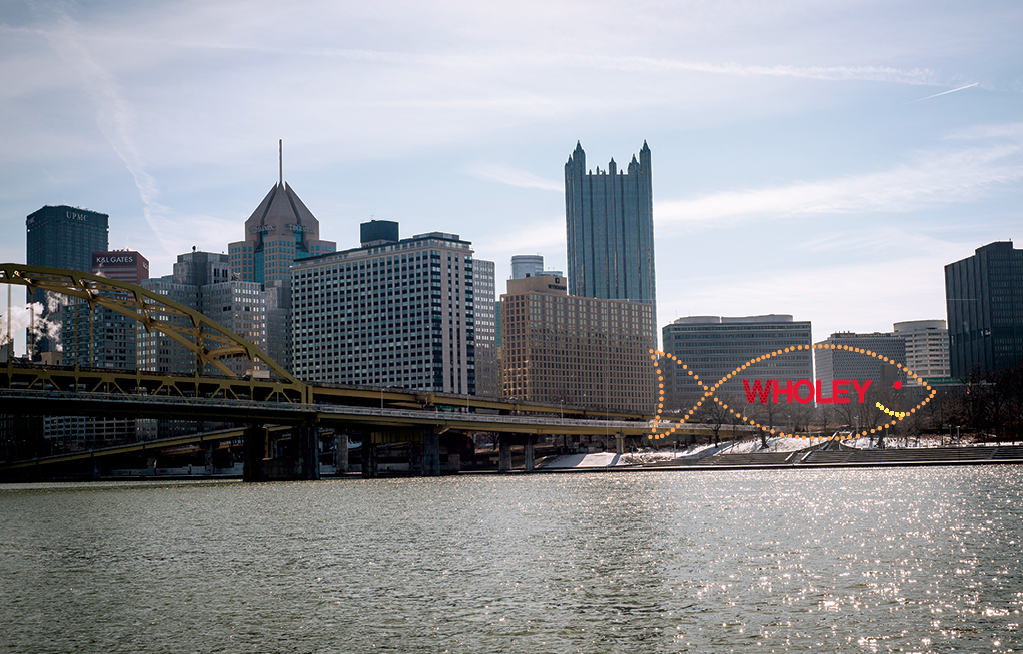 In Point State Park, moving into the spot vacated last year by “The Rubber Duck Project.” 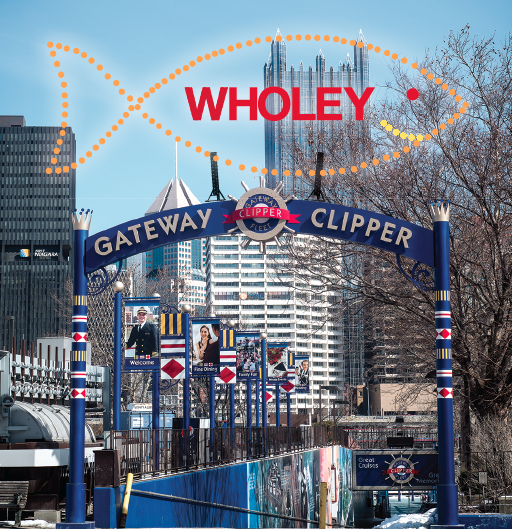 On the Monongahela River, near the Gateway Clipper Fleet.

“A fish is associated with the water, [and] thousands of visitors to the Pittsburgh area would see the smiling fish as they leave for their trip up and down the three rivers for tours and sporting events,”says one voter. 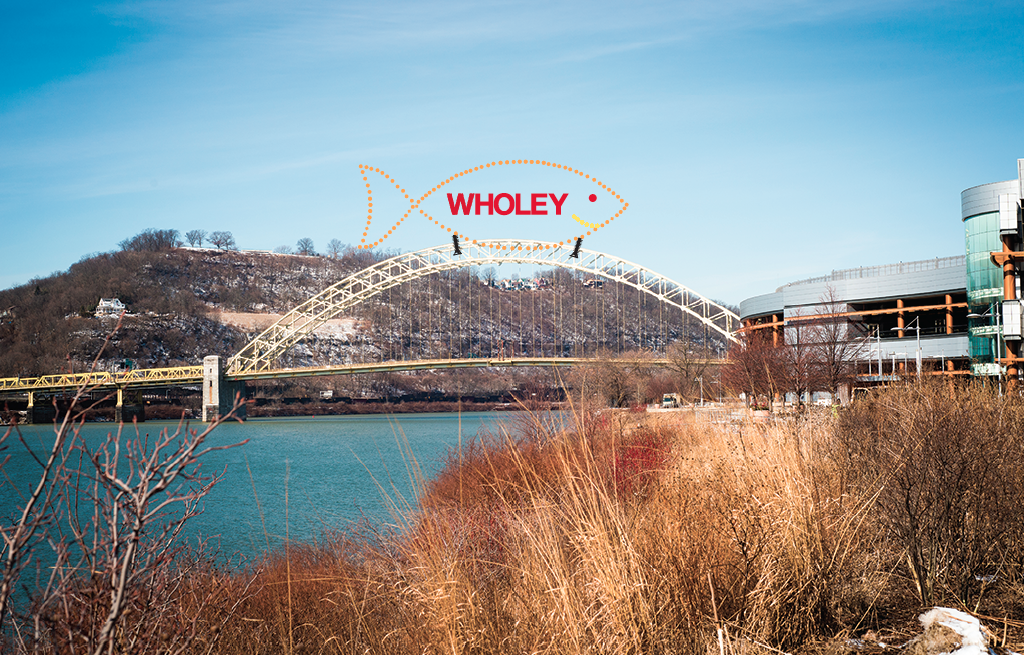 On the West End Bridge.

Mounted on the west side of the bridge, the fish would welcome visitors to the city by boat, train, auto or plane . . . Perched on the east side of the bridge it would be visible from Rivers Casino, Station Square, downtown, Mount Washington, Heinz Field, the Carnegie Science Center and to visitors/tourists emerging from the Fort Pitt Tunnel, another voter notes. 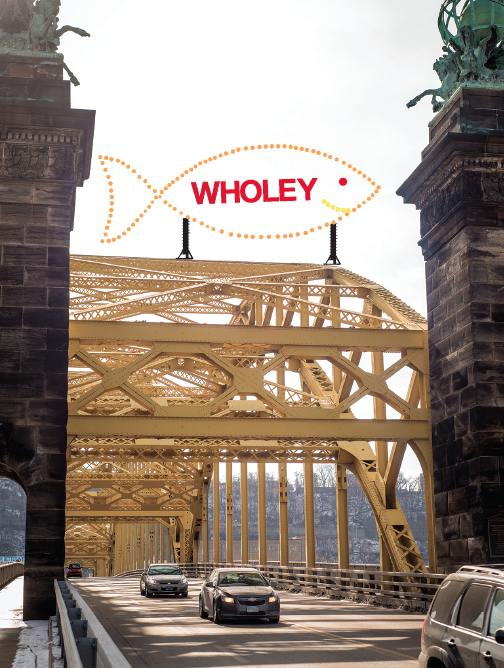 On an arch or on the existing 16th Street/David McCullough Bridge to welcome visitors to the Strip District.

Atop the ToonSeum at 945 Liberty Ave. “A cartoon fish would make a fine mascot and landmark addition to Pittsburgh’s museum of comic and cartoon art,” says one voter.

Under the Allegheny River or at an entrance to the “T” tunnel.  In a recurring theme, “Fish do like water,” this voter asserts.

On or outside the PPG Aquarium at the Pittsburgh Zoo.

This article appears in the April 2014 issue of Pittsburgh Magazine.
Categories: Community Feature, From the Magazine, Hot Reads