Giving Up Airline Seat is the Least of Villanueva's Good Deeds

Watch a video which demonstrates just how classy Pittsburgh Steeler Alejandro Villanueva is both inside and outside football. 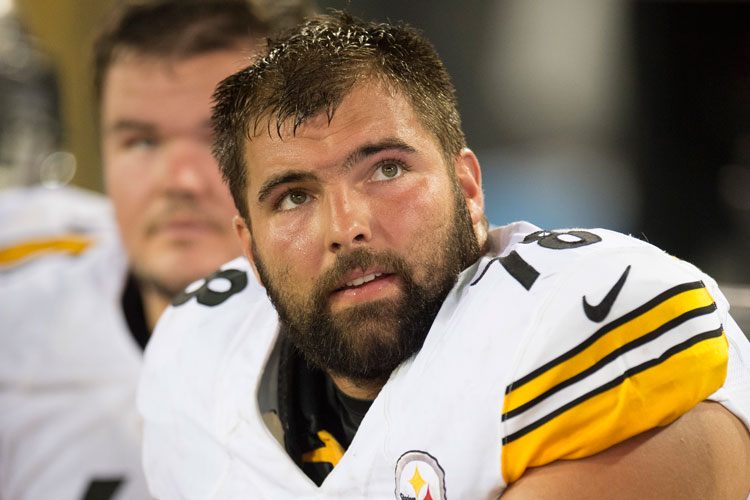 Flying these days can be far from a visit to the friendly skies. Just ask the United Airlines passenger who was recently dragged off (literally) of an overbooked flight in Chicago.

Earlier this month, a group of students from Pine Richland High School faced a similar situation while passengers on a connecting flight from Boston to Spain for a school trip. The flight was overbooked, and someone in Pine Richland’s group faced the very real possibility of being separated from everyone else.

Luckily, Pittsburgh Steelers offensive tackle Alejandro Villanueva also was on the flight headed for a visit to his parents’ homeland.

Realizing the high school students’ situation, Villanueva stepped up and gave up his seat on the plane so the Pine-Richland party could continue their trip.

Ronald Hudak, whose daughter was on the flight, told KDKA they were “very appreciative.”

Villanueva’s actions come as no surprise to anyone who has been around him.

A West Point graduate, he served as an Army Ranger for three tours in Afghanistan. Villanueva still works with veterans charities and remains involved with the U.S. military despite his demanding career as a pro football player.

Villanueva hasn’t spoken publicly about the incident, in which he reportedly denied compensation from the airline for giving up his seat.

To see more of Villanueva’s journey from officer to offensive tackle, check out this ESPN  feature which chronicles of one of the classiest acts in the NFL: