Since the couple chose a winter-theme for their big day, Gina carried a fur muff as she made her way down the aisle. The attendants’ bouquets were made of white-glittered Million Star baby’s breath with platinum and rhinestone accents. 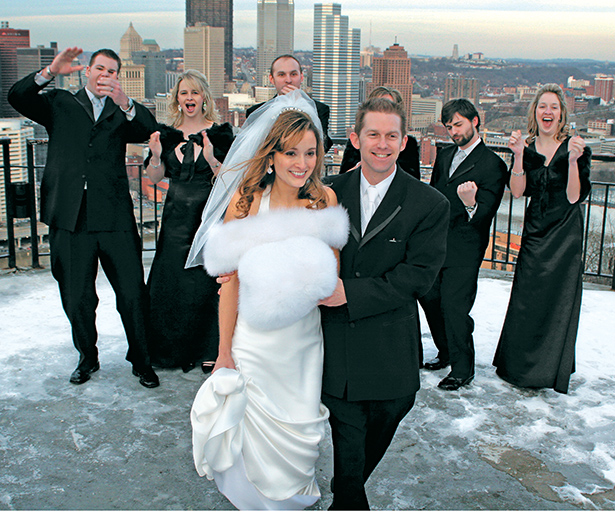 The cocktail hour and reception were held at LeMont immediately following the ceremony in the downstairs banquet room. In keeping with the sophisticated, wintry feel, the bride chose Million Star baby’s breath and silver tree branches draped in crystals for decorations and white-glittered Million Star baby’s breath in silver pots, accented by white votive candles as centerpieces. 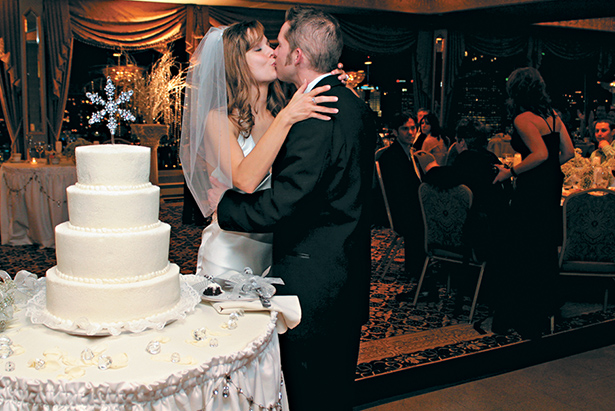 Fenoglietto’s Wedding Cakes (2955 Leechburg Road, Lower Burrell; 724/335-5359, ultimateweddingcakes.com), official baker of LeMont, designed the chocolate cake with raspberry marmalade filling, which was served with fresh berries and topped with a jeweled snowflake. The buttercream icing was sprinkled with crystal sugar to create the look of fresh-fallen snow.

Performing during the ceremony were harpist Debbie Vallin (booked through Steven Vance Strolling Violins; 724/444-8400), soloist Heather Hines Semke and flutist Jennifer Davis, friends of the couple. The DJ for the reception was Andy Booth (ajbooth.com, ajbooth@adelphia.net).