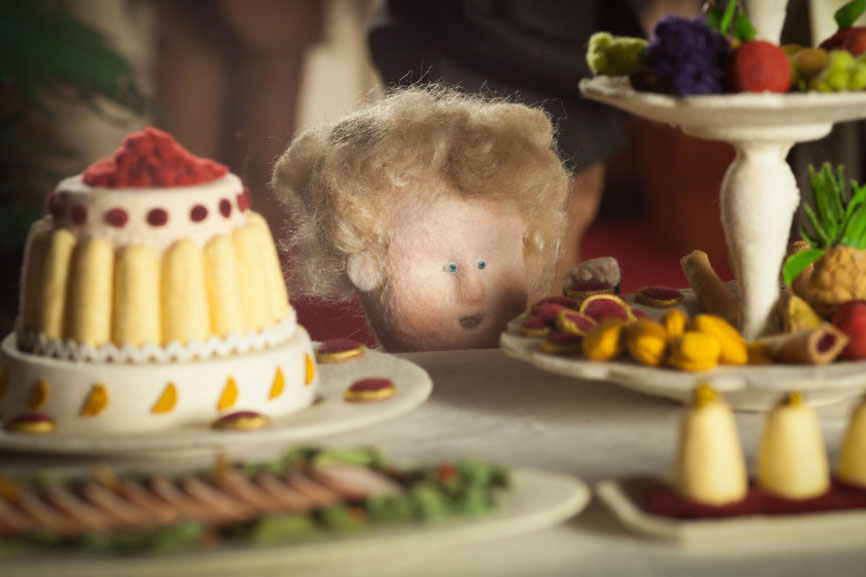 On an early-winter night in 2015, I sat at my desk and selected a DVD, more or less at random, from a rapidly expanding pile of screener copies. Ten minutes later, I was transfixed; after half an hour, I was already declaring it the best movie of the year.

That movie was “Anomalisa,” a challenging, magical-realism film by Charlie Kaufman and Duke Johnson. It is a work of stop-motion animation; its characters are tiny plastic figurines. I was amazed; in a difficult medium, the filmmakers had managed to challenge my very perceptions of myself.

Few other people got around to seeing it.

“Anomalisa,” which will be revived this week as part of Row House Cinema’s celebration of stop-motion animation, wasn’t a hit at the box office, though it was critically praised — I stuck to my guns and called it the year’s best picture — and nominated for an Oscar. The idea of a piece of stop-motion animation, a format that can’t help but reside in the uncanny valley, taking on topics such as isolation, infidelity and depression, seemed to be a hard sell. There is, admittedly, something weird about it.

That’s the case with stop-motion animation in general, though; it looks odd, and the best creators can exploit that to great effect. Such is the case with “Anomalisa,” as well as two other features receiving runs this week at Row House: “My Life as a Zucchini,” a French cartoon about a fleet of plucky orphans; and “Isle of Dogs,” Wes Anderson’s dark comedy about outcast canines in near-future Japan. (I wasn’t the biggest fan of the latter film, but plenty of people disagreed with me on that point.) Both “Isle of Dogs” and “My Life as a Zucchini” also received Oscar nominations.

The newest film in the lineup may also be the weirdest — quite an achievement with “Anomalisa” around. “This Magnificent Cake!” is a French-language anthology of troubling, interconnected short stories in 19th-century Africa. A French, Belgian and Dutch co-production, the 44-minute film — it’s paired with several shorts from the excellent animation distributor GKIDS — is a surreal, Lynchian exploration of the harrowing period when European nations took over swaths of Africa with little regard for its inhabitants.

Don’t mistake it for a bleak history lesson, though; this is grounded madness, like “Eraserhead” rendered in felt. A failed businessman discovers a vast cavern and befriends an ill-fated snail with a human face; a sad-sack clarinetist inadvertently wreaks havoc with his instrument; a rampaging brat causes unfathomable suffering without noticing it.

“This Magnificent Cake!” will put some viewers off, to be sure, but that’s what the best works of stop-motion animation do: They lean into the bizarre look of the style to create something unusual, arresting and often alarming, but they do so with humor and artistry. If you go to Row House this week (and you should), you’ll leave in a bizarre mood — but have the compulsion to go back for a repeat viewing.