Get to Know a Mobile Vendor: Salud PGH

Love empanadas? This vendor crafts ones that are — dare we say — on the healthy side. 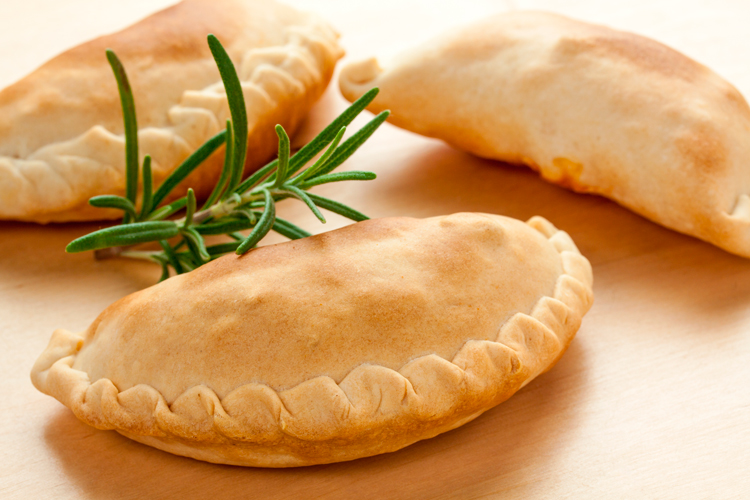 SALUD PGH CRAFTS PAN-LATIN CLASSICS
Puerto Rican cuisine is known for several of its fried staples — chicken, fish, fruits. Sha-King Cehum wants to change others' perceptions of the food by making recipes in healthier preparations. He established Salud PGH earlier this year as a pop-up business offering pan-Latin vegetarian fare. Find Salud PGH at Bloomfield's Saturday market and 720 Music, Cafe & Clothing's monthly brunch. The market menu focus is on (baked) empanadas because they're a no-fuss street food; he stuffs them with such fillings as guava-cream cheese and curried sweet potato. For brunch, he whips up Latin-inspired soups, salads and entrees, including the kale soup caldo verde. In the future, Cehum hopes to expand to a food cart.

COMMONPLACE VOLUTO COMBINES CAFFEINE AND FIZZ
Craving a drink that'll quench your thirst and provide a pick-me-up? Commonplace Voluto crafts such a beverage. Baristas mix a cold-drip brew with housemade soda water and drop in a few cubes of ice. The resulting drink has a bold, smooth flavor with just the right amount of fizz. It costs less than four bucks, so go on and spring for a gluten-free macaroon as well.

BLACKBERRY MEADOWS TO HOST DINNER ON THE FARM
Farmers, purveyors and brewers will converge Sunday afternoon at Blackberry Meadows Farm. Part of Dinner on the Farm's traveling series, the event includes a farm tour, grand meal, live music, games and good brews. Brooklyn Brewery again will make the trip to Pittsburgh to talk about its beer. Local chef Justin Severino will work with brewery chef Andrew Gerson and Vinegar Hill House chef Mike Poiarkoff to prepare the feast, which will feature goods from Wild Purveyors.