Get to Know a Mobile Vendor: Leona's

Craving real-deal ice-cream sandwiches? Leona's has got just the thing. 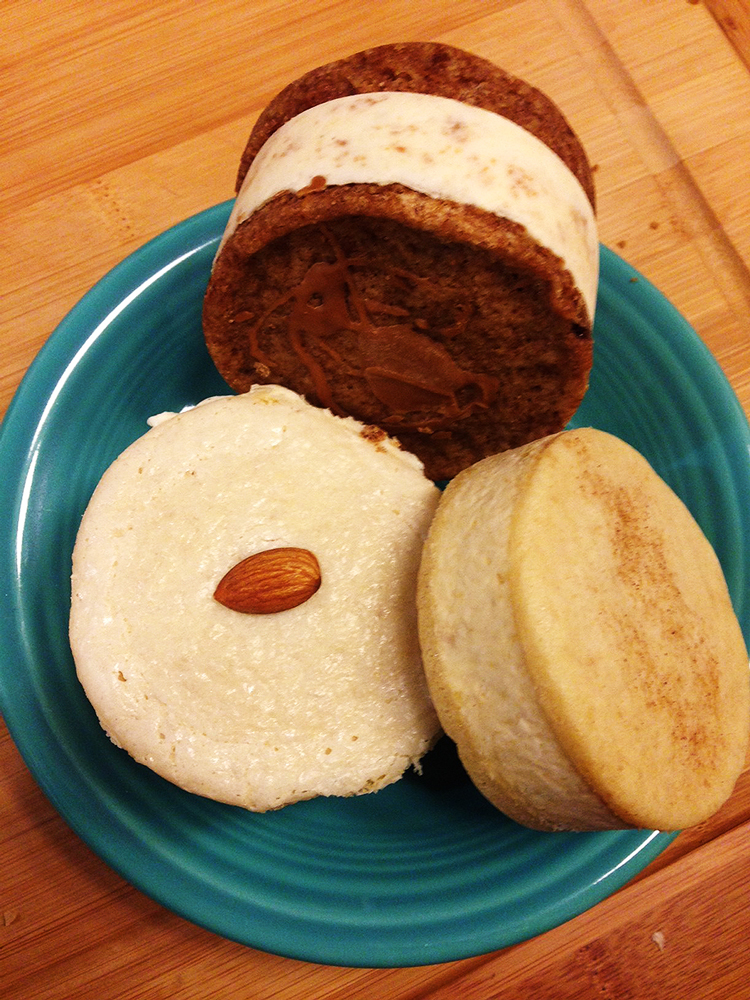 LEONA'S OFFERS HOUSEMADE ICE CREAM SANDWICHES
Katie Heldstab, who is lactose-intolerant, says she became "bored with the alternative" ice creams and decided she wanted to make her own. She advanced her culinary skills by taking courses at the Art Institute of Pittsburgh and enrolling in Penn State Creamery's annual introductory session on ice cream-making. After returning from that weekend trip to Happy Valley, Heldstab put together business plans with the help of her wife, Christa Puskarich. The pair this winter launched Leona's LLC, which produces ice cream that's 85 percent lactose-free. Heldstab rotates the offerings on her list of classic and newfangled ice-cream sandwich concoctions. Her "favorite accident" is the blackberry-tangerine shortbread variety, containing Olive and Marlowe's blackberry balsamic vinegar-tangerine ice cream, blackberry compote and cardamom sugar-topped shortbreads. Leona's stocks products at select local markets and vends at farmers markets and special events.

@LeonasLLC will be out and about this weekend. Follow @PGHmagEAT to keep informed.

EAT'N PARK CELEBRATES PIE MILESTONE
Locals view Eat'n Park as an essential part of the city. The same could be said for the restaurant's strawberry pie. The treat originated in Scott Township, where pie creator Claire Moore, daughter of the company founder, began experimenting in her kitchen and accepting feedback from friends. Going strong for 60 years, Eat'n Park bakers whip up the pie daily, using 2 pounds of berries in each. If you're taking one to a party, come armed with whipped cream.

TASTE OF ART ROLLS OUT FRENCH MENU
The Art Institute of Pittsburgh’s restaurant and dining lab, A Taste of Art, is serving French cuisine through June 21. Reserve a seat for lunch and enjoy delectable yet affordable savory dishes, such as oyster soup and cornish hen, and desserts. From classic to experimental, the menu of $4 sweets lists everything from puffed pastries to balsamic ice cream. You’ll probably need a refreshment or two to wash down the rich delicacies.

This article appears in the May 2014 issue of Eat Street.
Categories: PGHeats