Get Creative at Notion 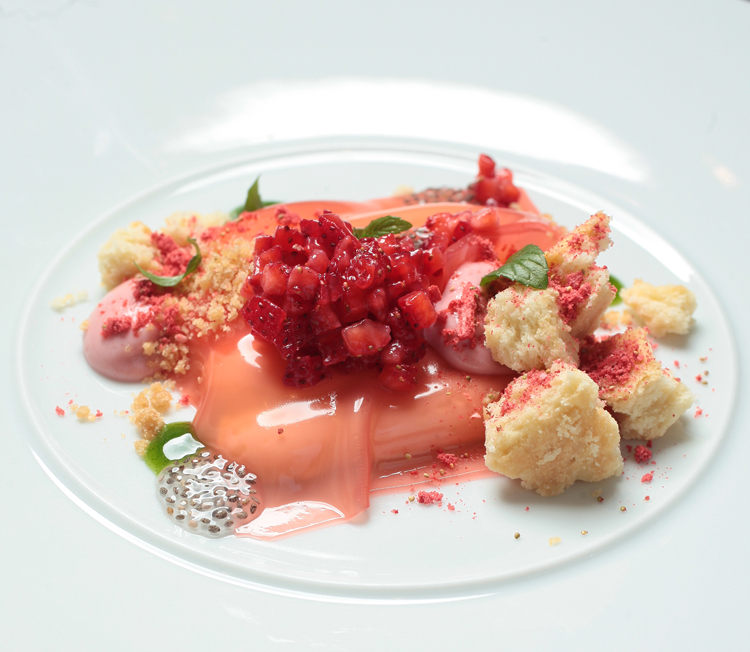 NOTION COMBINES FOOD & ART
Dave Racicot, chef/proprietor of notion, has teamed up with Paint Nite to provide an artsy Tuesday-night experience. A fan of molecular gastronomy, the chef’s creations typically resemble works of art, so the match is an appropriate one. For the occasions, Racicot offers items from his chef’s tasting lineup along with specials, including beet chips and his version of potato skins. The next Paint Nite has sold out, but there’s time to get in on the following event.
(128 S. Highland Ave., East Liberty; advance registration required; Tuesday nights, 7 p.m.; notionrestaurant.com)

HUNDRED WOOD TO SERVE MIX OF AMERICAN FARE
Denny Scott, a “punk rock do-it-yourself guy” with years of kitchen experience, will be adding another downtown dining option early next month. He co-owns his forthcoming restaurant, Hundred Wood, with his wife Melody, and he intends to source locally and make most everything from scratch. The menu will list sandwiches, salads, shareable plates and more. The bar program will encompass draft brews and wines plus cocktails using Maggie’s Farm Rum, Boyd & Blair vodka and Wigle Whiskey — though Scott is quick to point out that food is the focus, so don’t visit with the intent of getting an elaborate craft cocktail. Dish pricing will be student-friendly, to attract students from nearby Point Park University. Get a sneak peek of what’s to come: Staffers grill quick, casual food — chicken sandwiches, hot dogs, burgers — outside weekdays from 11 a.m.- 3 p.m.

STUMP’S PRECISION PAYS OFF
After graduating from college, Andrew Stump worked with local chef Dave Racicot at Nemacolin Woodlands Resort’s Lautrec restaurant. Some time passed before they again collaborated — this time at Racicot’s restaurant notion. Stump has struck out on his own to run Bonne Bouche, with help from his fiancée. The pop-up bakery, based at Marty’s Market, is known for macarons and pâte à choux.

Cabinet must-have?
Salt — I don’t think people use enough. When seasoned appropriately, [everything] tastes so much better.

Top kitchen equipment?
My scale — if I don’t have a scale, things go wrong. Everything is to the gram.

Best culinary mistake?
We make a caramel cream. To the eye, it almost looks burnt . . . If we’d wait another 30 seconds, it’d almost be unacceptable.

This article appears in the July 2014 issue of Eat Street.
Categories: PGHeats