George Clooney, Jane Austen, Nicholas Sparks and Some Zombies Walk Into a Multiplex

Our reviews of "Hail, Caesar!," "Pride and Prejudice and Zombies" and "The Choice." 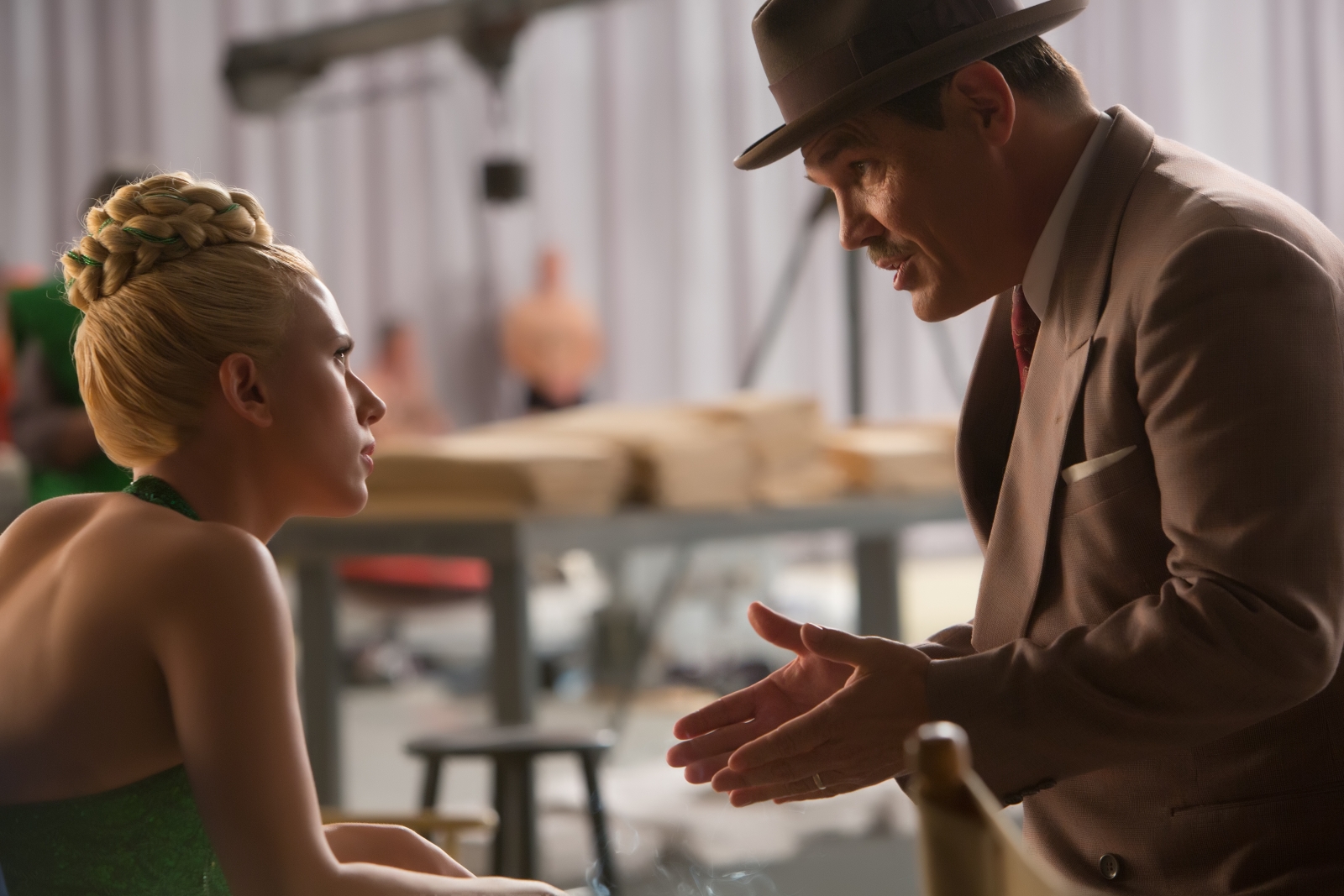 One should forgive even the most reliable of filmmakers for the occasional misstep. There are bad films by Alfred Hitchcock, sleepy performances by Marlon Brando and (at least a couple dozen) dull scripts by Woody Allen. It happens. No one bats 1.000, right?

Yet the recent work of writers Joel and Ethan Coen has been so remarkably good that any new project from the duo carries with it the expectation of quality. Since 2007, they have co-written and co-directed the simply unforgettable “No Country for Old Men,” the genuinely hilarious “Burn After Reading,” the brilliant “A Serious Man,” the beautiful “True Grit” and the vastly underrated “Inside Llewyn Davis.” In that time, they also contributed the scripts to two other very fine films, Angelina Jolie's “Unbroken” and Steven Spielberg’s “Bridge of Spies.”

So it's bewildering that their first true comedy since “Burn After Reading,” the old-Hollywood farce “Hail, Caesar!,” misses the mark as widely as it does. To be clear, it is by no means a bad film. But it is not nearly as clever or as funny as the Coens want it to be (or, in all likelihood, believe that it is).

The film follows fictional studio bigwig Eddie Mannix (Josh Brolin) as he deals with a series of on- and off-set dilemmas. The largest concerns the sudden disappearance — is it a bender or a kidnapping? — of star Baird Whitlock (George Clooney), who’s nearly done with a sword-and-sandals epic. While the (real) film’s marketing would have you believe that’s the sole storyline, it’s not; Mannix also contends with an inconveniently pregnant starlet, an uncoachable Western star, a pair of gossip columnists and more — including the military-industrial executive that wants to give him a job that’ll whisk him away from Hollywood nonsense.

The list of talent — also including Channing Tatum, Scarlett Johansson, Tilda Swinton, Ralph Fiennes, Frances McDormand, Jonah Hill and many more — easily prevent “Hail, Caesar!” from becoming dull or trying. But the humor rarely hits, and the film’s insistent focus on Mannix, easily the least compelling of the major characters (particularly after a head-scratching early scene involving his rough treatment of a young actress), also prevent it from succeeding. It may not be the worst film in the Coens’ catalog, and I wouldn’t even go so far as to say it’s not worth seeing. But “Hail, Caesar!” must be considered a significant disappointment.

In brief — because I can’t believe I’ve already wasted 111 minutes of my life on this utter failure of a motion picture — do all you can to avoid “The Choice,” the latest adaptation of a romance novel by “The Notebook” author Nicholas Sparks. While lead actress Teresa Palmer is occasionally likable as med student Gabby Holland, ho-hum leading man Benjamin Parker is a non-entity as veterinarian Travis Parker. If “The Choice” is notable for anything, it’s for one of the most bizarre, ill-advised story structures I’ve ever encountered: A full, three-act movie takes place. Then, after everything works out, the story lurches forward seven years to get to the film's actual subject matter, which is dealt with in about 25 minutes. It’s a movie that only seems to arrive at a point as an afterthought. “The Choice” won’t just make you hate love stories, it may make you reject love altogether.

The press screening of “Hail, Caesar!” occurred at the same time as the preview of “Pride and Prejudice and Zombies,” also out today. Lauren Davidson, my fellow PM associate editor, attended the latter film in my stead; her thoughts follow. — SC

Although I enjoy both “Pride and Prejudice” and zombies quite a bit as separate entities, I can’t understand why someone thought the two were in want of one another. The book version of “Pride and Prejudice and Zombies” is a straight retelling of Jane Austen’s original story with the undead popping up at rather inconvenient times; in the movie, thankfully, the plot veers off halfway through, providing an entertaining and unexpected second act. The film version stars Lily James, worthy of the role of Elizabeth Bennett, and Sam Riley, who gives a steely portrayal of Mr. Darcy. It opens by explaining a plague has struck England — and the dead have decided to rise. Therefore, well-bred young ladies must have a thorough knowledge of drawing, singing and the arts of combat. The “unmentionables,” as they’re often called in the book, are fast, vicious and everywhere. They’re overtaking London, and it’s there their story intertwines with the Bennetts. One delightful part of the first half involves the Bennetts’ cousin, Mr. Collins, who visits the home with the intention of taking one of the sisters as a bride — Matt Smith beautifully overplays the bumbling character. While the concept still confounds me a bit, the movie entertained. — LD

The Montage
In honor of the late David Bowie, Row House Cinema is showing the ’80s fantasy hit “Labyrinth,” in which Bowie starred as Jareth the Goblin King, as part of its “Tight Pants Week.” A Bowie costume contest and karaoke session set for Saturday is sold out, but they’ll repeat the costume contest at a 7 p.m. Wednesday show. The rest of the tight pants lineup showing at the Lawrenceville theater includes “Road House,” “Purple Rain” and “Saturday Night Fever” … As part of the Sen. John Heinz History Center’s “From Slavery to Freedom” Film Series, the documentary “The Black Press: Soldiers Without Swords” will be shown at 5:30 p.m. Wednesday at the Homewood branch of the Carnegie Library of Pittsburgh. Steel Cinema has the details here … Show the kids how you amused yourself on the weekend before iPads (or even video games) were an option at 10 a.m. this Saturday morning at the The Oaks Theater. They’ll show a collection of Saturday Morning Cartoons; breakfast, courtesy of Panera Bread, is included. Details here. — SC