Fumbling Through a Bet at Rivers Sportsbook 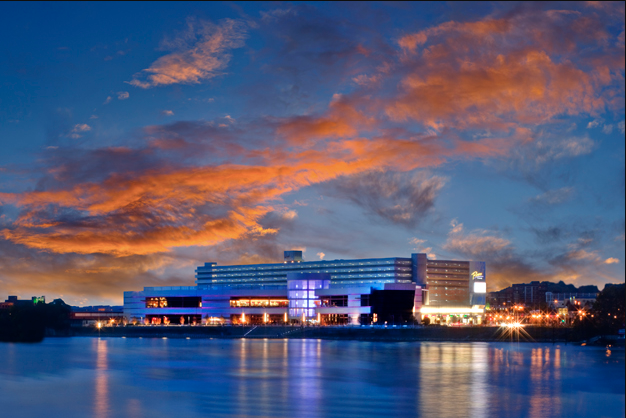 You may have heard this before: People enjoy betting on sports.

Since the opening of Rivers Casino in 2009, the North Shore destination has gradually added more varieties of wagering to its slate. These expansions are not really at their own pace; every now and then, the state government sees fit to legalize an additional sort of gambling, and Rivers responds quickly.

In October 2017, Harrisburg decided that betting on sports would not erode our collective moral fabric (or whatever reason it was illegal in the first place). Thirteen months later, after a larger challenge was cleared up in the U.S. Supreme Court, Rivers opened its Sportsbook.

As always, a word of caution: Don’t let this new convenience give you permission to develop a nasty habit. Keep your bets reasonable and sporadic. Gambling on sports has drained a lot of bank accounts. If you can keep that in mind, though, let’s proceed.

I know next-to-nothing about sports betting. I know what the spread is, in a general sort of sense, and I can define the over/under if the person standing next to me is even more confused than I am. That’s about it.

Naturally, I immediately set out to place a bet.

My curiosity revolved around a question of accessibility. Would the Rivers Sportsbook be a place friendly to people, like me, who had no idea what they were doing and wanted to casually bet $20 on a random game? Could you wander up to the counter, place a single bet and spend the next few hours happily cheering on your team? Or was this more an amenity for those seasoned at the hobby?

I resolved to bet on an NBA game (to further ensure that my bet was utterly arbitrary) and watch the whole of the contest from the casino. I picked a contest — Houston vs. Miami — and stared at the information long enough to identify the underdog. (Miami, by 3.)

After arriving at the casino, I made my way to the Sportsbook window — it’s to the left of the high-limit slots area — and tentatively approached. I know that speaking in plain English, rather than bettor’s parlance, would reveal me to be a rube, so that’s exactly what I did.

I’m pleased to report that the friendly woman behind the counter walked me through the process, asking if I’d prefer to bet on the moneyline or the spread, pointing out how much my meager bet would return on a win and having me verify my bet before printing my ticket. I pocketed the slip and claimed a comfortable chair to watch the action.

Naturally, Houston took an 11-2 lead in less than two minutes.

Fortunately, the experience is amenable no matter how your team is doing. Out of the gate, Rivers is doing a lot of things right. There’s plenty of space to commandeer and watch a number of games on the massive wall of screens; if your chosen contest (usually reserved for local teams and marquee matches) is occupying the crisp, gargantuan center of the wall, you’ll be staring at one of the best public screens in town. There are a good number of nearby food and drink options, including the casual Flipt cafeteria and several of the casino’s bars, and plenty of room for your beverage or meal (the seating is divided into two rows of comfortable armchairs and a smattering of tables).

The setup is not, however, without its early kinks. There is drink service inside the Sportsbook, as well as a limited food menu (mostly basic sandwiches and snacks), but servers appear sporadically at best; I sat for more than an hour before I had the chance to order anything. You’re better off finding something elsewhere in the casino and carrying it over. And while the casino has the ability to show nearly every major-league game, flagging someone down to ensure that they’ll change the channel to the game you’re betting on can be a challenge.

Overall, though, the Sportsbook is a pleasant place to hang out and plunk down a couple of bucks on a game. It’s a fine way to pass the time — I can now report that sporting events do, in fact, become more interesting when you have a financial stake in them. (I’ve certainly never cared about basketball more, even when physically playing basketball.) Rivers’ greatest strength has always been as a place to extend an evening on the North Shore; if you have a few hours between activities, you could do much worse than wandering in with friends and picking opposing sides of whatever game happens to be starting the soonest.

Oh, and Miami came back to win, netting me a profit in excess of $13. Accordingly, Miami are now my favorite basketball team. You know, Dwyane Wade and all the other … Heats? Heatmen? How do you refer to the players on the Heat in the plural? Eh, screw it, I’m just betting on the Cavs next time.

This article appears in the December 2018 issue of After Dark.
Categories: After Dark