Exclusive recipes, shared only with Pittsburgh Magazine, from some of Pittsburgh's Best Restaurants and chefs. This classic seafood dish comes from the kitchen of Joseph Tambellini Restaurant in Highland Park. 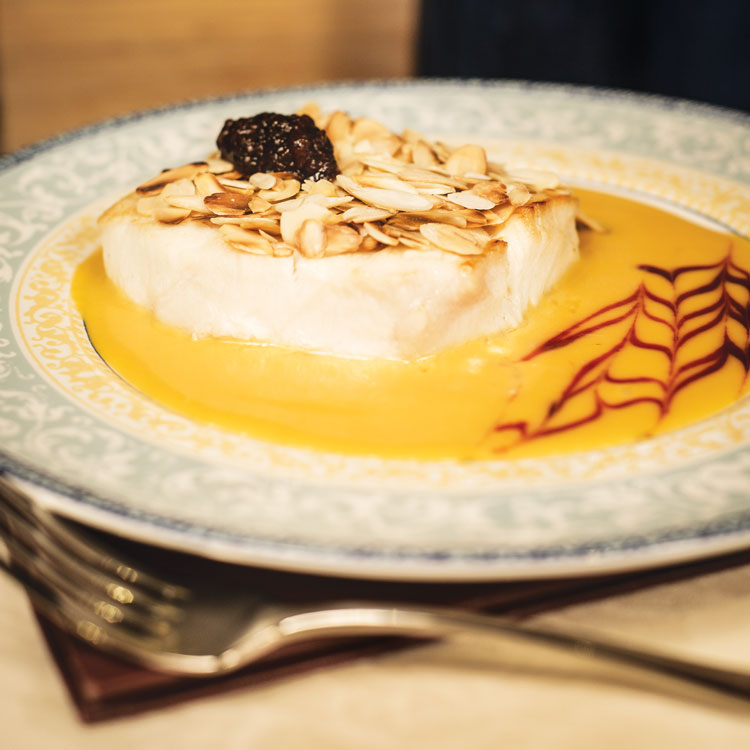 Drain the mandarin oranges, reserving the syrup. You should have about 1 cup (8 ounces) syrup.

For the beurre blanc: In a saucepan, combine the syrup and orange juice. Bring to a simmer and reduce to ½ cup. Add the whipping cream and reduce, stirring frequently, until the mixture is a mustard color and coats the back of a spoon.

Meanwhile, prepare the wildberry marmalade: Reserve six whole mandarin orange segments for the garnish. Place some or all of the remaining whole orange segments into a small skillet and combine them with 1 cup fruit sauce. Bring to a gentle simmer and cook until reduced to a jam-like consistency. The fruit will caramelize — watch closely, stirring occasionally, to avoid burning.

Preheat the oven to 400 degrees. Salt and pepper the filets, to taste. Place the filets into a small baking dish just big enough to hold the fish in one layer. Pour in a little water and cook in the hot oven for 10 minutes per inch of thickness at the thickest point. Halfway through cooking, add a little more water to keep the fish from drying out. Three to five minutes from the end of cooking, sprinkle the fish with the toasted almonds. The fish is done when the flesh flakes when touched with a fork.

Pour a pool of the beurre blanc onto 2 dinner plates. Gently lift each piece of fish off the baking dish — a flexible fish spatula works best for this — and place them onto one side of the dishes. Place three mandarin orange segments on the dishes opposite the fish. Dot the top of the fish with some of the marmalade. Drizzle some of the remaining fruit sauce around the fish and mandarin oranges, and, if desired, run a knife through the sauce to make a decorative pattern.