Nina Sainato and Freddie Nelson passed over the bouquet toss and the wedding cake for gothic candelabras and a “Hocus Pocus” soundtrack. 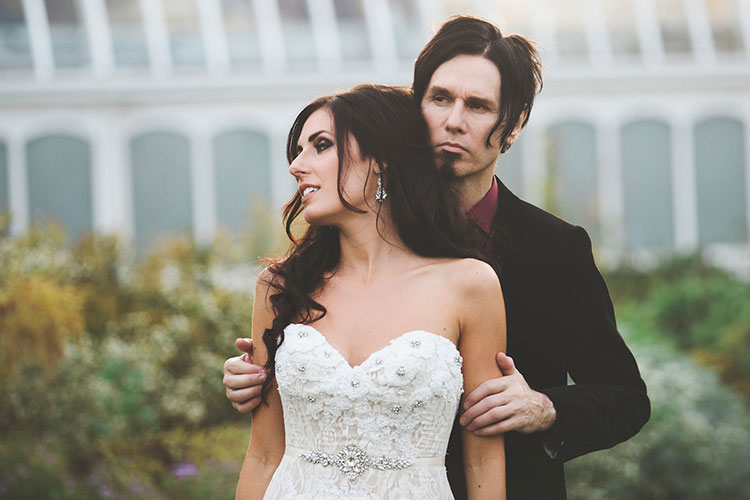 Nina says she’s loved Tim Burton since she was a child, asking her parents for the “Edward Scissorhands” score when she was 8 so she could play it on the piano. She decided she would incorporate elements from that film, as well as “Corpse Bride” and “The Nightmare Before Christmas” into her October wedding. 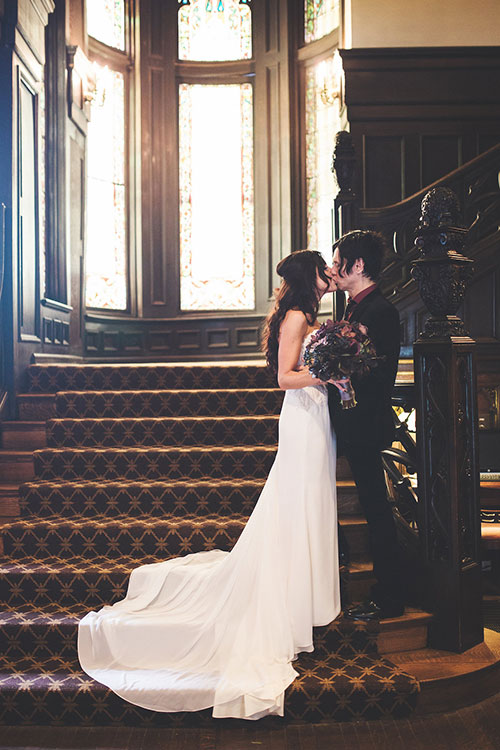 Though not a Halloween wedding per se (the wedding was initially set to occur in September but Nina’s singer husband-to-be was asked to perform in Tokyo that month) she loved that the proximity to the holiday allowed her to play up the theme at her wedding on Oct. 16 to Freddie Nelson.

Freddie and Nina met in 2012. Nina happened to be attending one of his benefit shows and knew she had to meet him after she was astounded by the way he sounded like Freddie Mercury while covering a Queen song.

Nina’s friends introduced her to Freddie after the show, and the pair immediately fell for one another.

“It was instant. It was like, OK, that’s it. We started messaging each other and going to each others’ shows, and we’ve been together four years now,” Nina says. 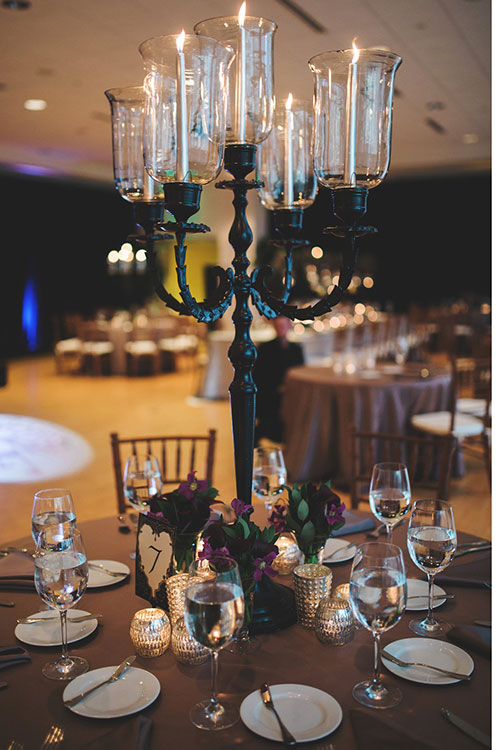 When the doors opened to the reception space in Phipps Conservatory and Botanical Gardens, guests saw dark candelabra centerpieces with globes and candles floating above tables. The flower arrangements by Hens & Chicks were dark and desaturated with hues of eggplant and sage as Nina had requested. The theme to “Edward Scissorhands” was playing, and it repeated for Nina and Freddie’s first dance.

Nina’s cousin and maid of honor Adrienne Rozzi of Poison Apple Printshop hand-drew all of Nina and Freddie’s invitations and stationery, which helped them expand on their theme.

Nina sang “I Put A Spell On You” from “Hocus Pocus,” and the dessert table by Bella Christie & Lil’ Z’s Sweet Boutique though absent a cake, featured a “Corpse Bride”-inspired display Nina created. Guests were encouraged to hashtag their photos from throughout the night #NightmareBeforeNelson.

But the wedding had deeply sentimental moments also.

When the couple began dating, Nina had already lost her father to cancer and Freddie’s mother was sick with multiple ailments. By 2015, the couple was living together and saw no rush to get married. It was something they knew would happen, but they “hadn’t gotten around to it.” Then Freddie’s mom passed away in October 2015. Nina suggested they think about marriage so they could have her mother and his father at the wedding.

Then Freddie’s father died unexpectedly three weeks later. That set Nina and Freddie into motion. They went to a Marlene Harris Jewelry in Blawnox to pick out an antique ring together, and Freddie got ready to propose in December 2015. He asked her to marry him on their way to a show in the same venue where they first met. 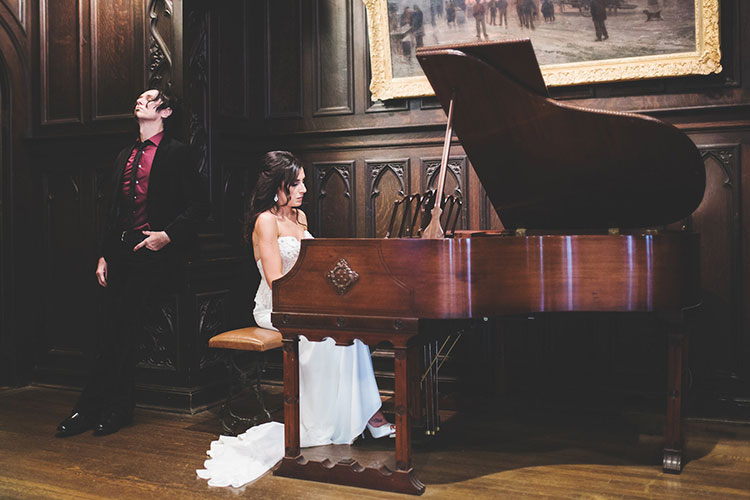 To commemorate their parents, Nina and Freddie sang a medley of songs dedicated to them at the wedding, leaving “not a dry eye in the house,” she says.

The couple had a small ceremony in Phipps’ Broderie Room with only immediate family, a maid of honor and a best man.

Prior to the ceremony, the couple took “first look” pictures at The Mansions on Fifth in Shadyside, where they returned after the reception with their guests to spend the night. They took pictures on an elegant staircase and at a grand piano, which Nina says was perfect because the looming mansion “felt haunted.”

Throughout the evening, a massive supermoon hung in the sky. It was of course not Nina’s planning, but it fit her theme perfectly. 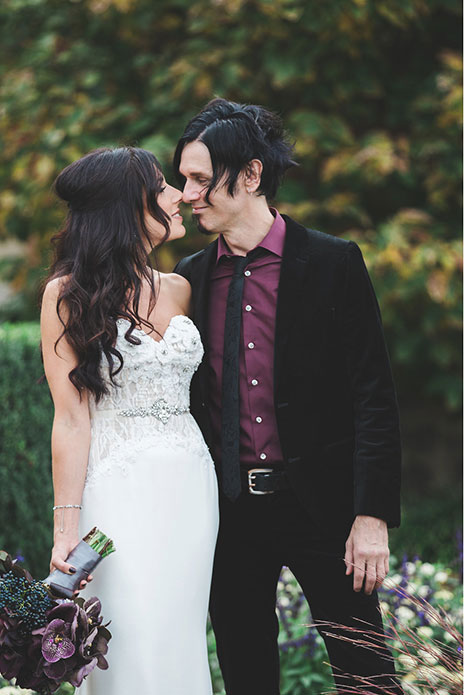 As the fall is a busy show season for both Nina and Freddie — Freddie is releasing a solo album soon and both are performing at numerous local and charity shows — they have postponed their honeymoon to Aruba until January.

For now, they are reflecting on the wedding and letting themselves soak in the experience. Nina still fields calls from friends who ask her, “How did you do that? Why am I still thinking about this wedding?”

“What really makes a wedding special is taking all of these elements of your own life and incorporating them into that day,” Nina says. “I made lists for the DJs of what to play, who to dedicate it to. I dedicated throwbacks to my cousins, rock songs to Freddie’s friends. I walked down the aisle to pieces I played when I was young. Things like that really tied that day together — not just for me but for everyone involved.” 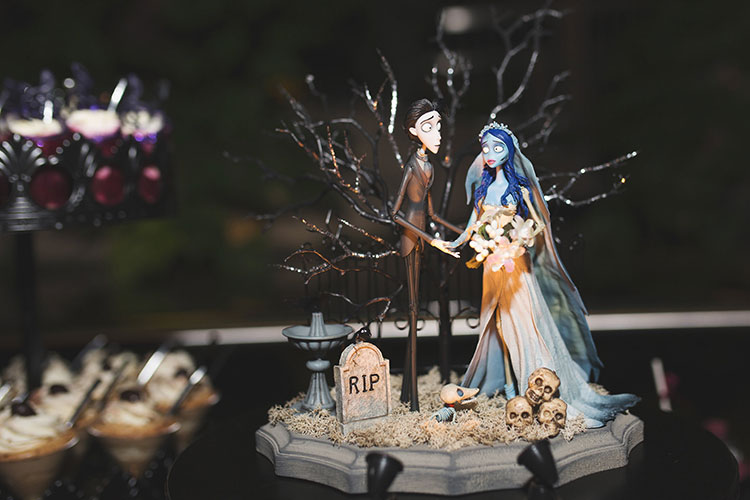