This is what happens when you mess with Paul Bissonnette. 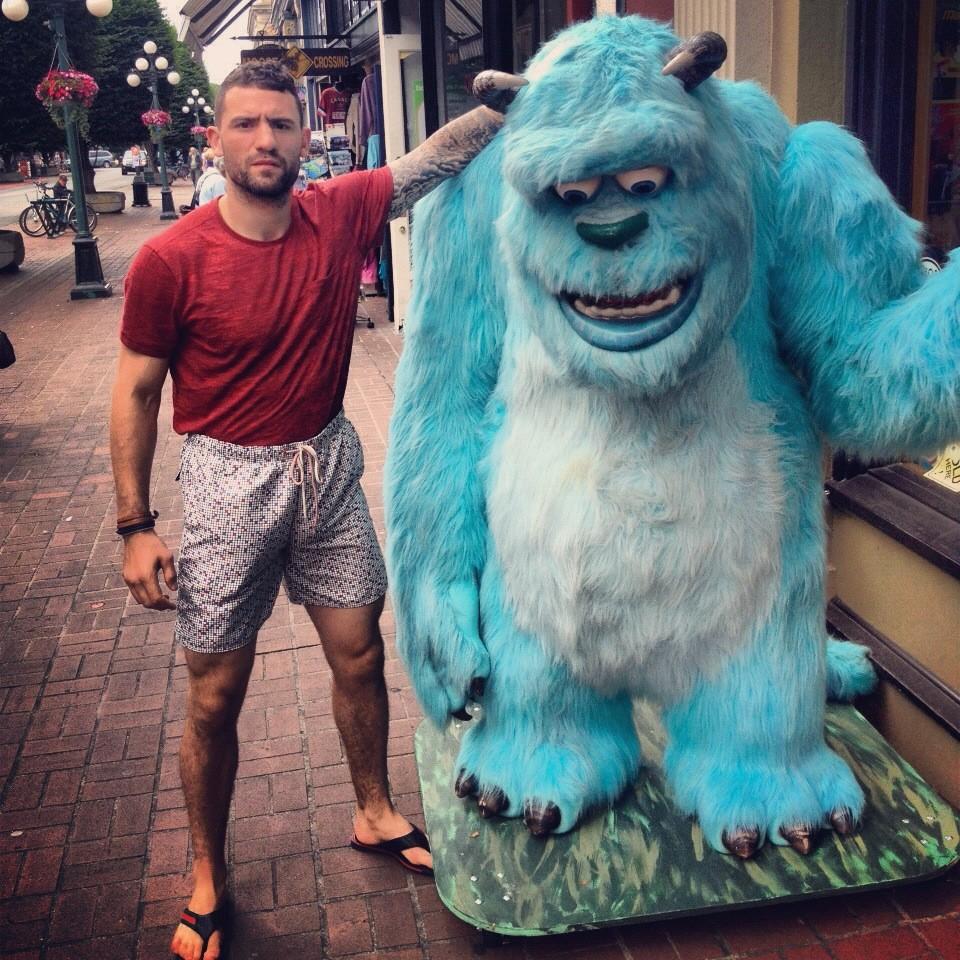 There’s a lot to love about former Pittsburgh Penguins enforcer Paul Bissonnette. He beats people up for a living and still maintains a great sense of humor. He sports a luxurious mustache during the season. And for the past year, he’s carried on a hilarious back-and-forth razzing with pal Evgeni Malkin on Twitter.

For the past few weeks, Pittsburgher Matt Hogue has been tweeting Bissonnette lewd, juvenile and completely unfunny messages — sixth-grade lunch table stuff. He called Bissonnette scum. He insulted his mother.

Still, Hogue continued to insult him. So Bissonnette Googled his name to find out a little more about him.

Turns out Hogue’s nefarious hijinx are not limited to social media. He’s a real-life troll, too — a former Pittsburgh City Council staffer with a long arrest record.

Bissonnette made this information known to his 500,000 Twitter followers. 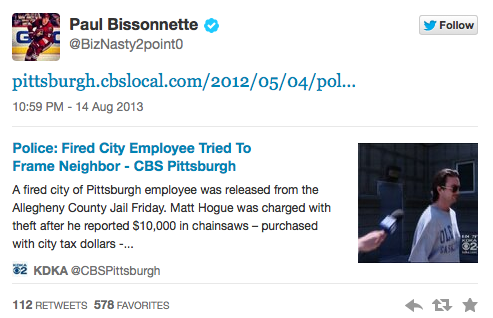 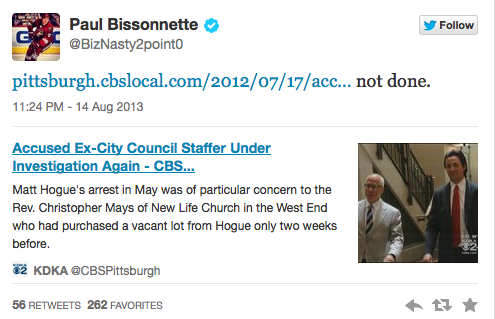 Hogue deleted his Twitter account shortly after. The lesson: Don’t drop the gloves with Bissonnette. Even from behind a laptop screen.