Brandon Baltzley and his team of local and traveling chefs will collaborate for two nights of pop-up meals, both homage to classic “red sauce” Italian dishes. 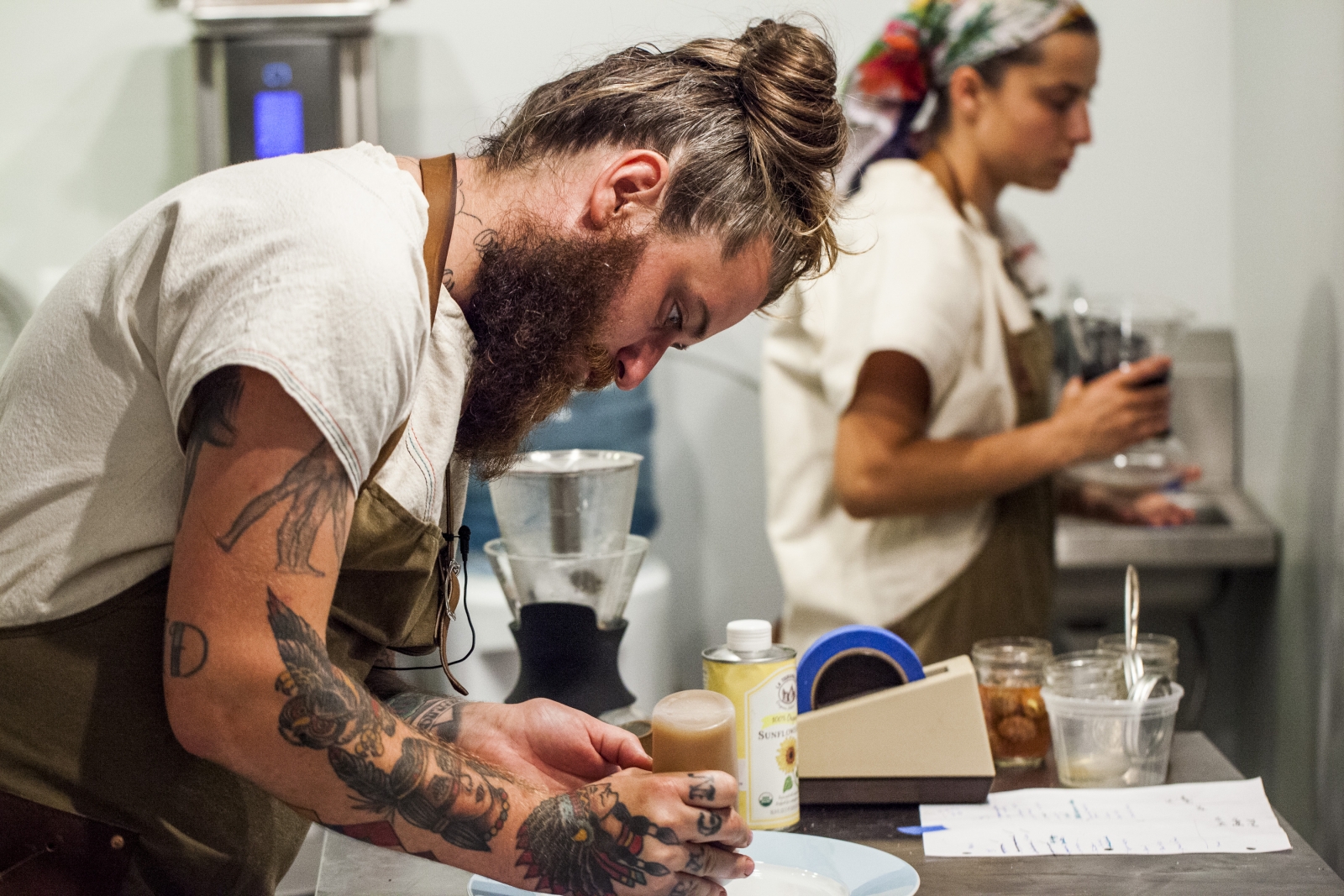 “Pittsburgh is a place that’s never going to completely get rid of me. I love Pittsburgh,” says Brandon Baltzley, the enigmatic chef who cooked in several Pittsburgh kitchens from 2012-13 — most notably as the executive chef of Bar Marco. He and a traveling band of chefs are returning to the city for two-nights of pop-ups at Bar Marco next week.

“I’m excited to see all these people I know and to meet some new people, too,” he says.

The pop-ups are part of Baltzley’s 4-city CRUX: Winter in the Rustbelt Tour, which also will take him to Indianapolis, Chicago and Winnipeg. “I stopped doing it (CRUX) when the book [Nine Lives: A Chef’s Journey from Chaos to Control] came out and I was trying to open TMIP [his now-closed restaurant in Indiana]. CRUX is supposed to be a collaborative affair, and I couldn’t do that then. I have some time before we open this next restaurant and I figured why not do this again,” he says.

Baltzley and his team of local and traveling chefs will collaborate on two meals, both homage to classic “red sauce” Italian dishes. On Tuesday, January 19th they will serve an a la carte menu, and on Wednesday the 20th there will be a seated, 5-course meal capped by traditional veal parmigiana and accompaniments.

After the tour, Baltzley will return to Massachusetts, where he’s set to open The 41-70 in Woods Hole this spring. The Cape Cod restaurant will focus on technique-driven execution of New England summertime classics like lobster rolls and baked cod, plus, once the kitchen gets rolling, an experimental menu geared towards Baltzley’s creative side.