These two best friends finally found their way down the aisle. 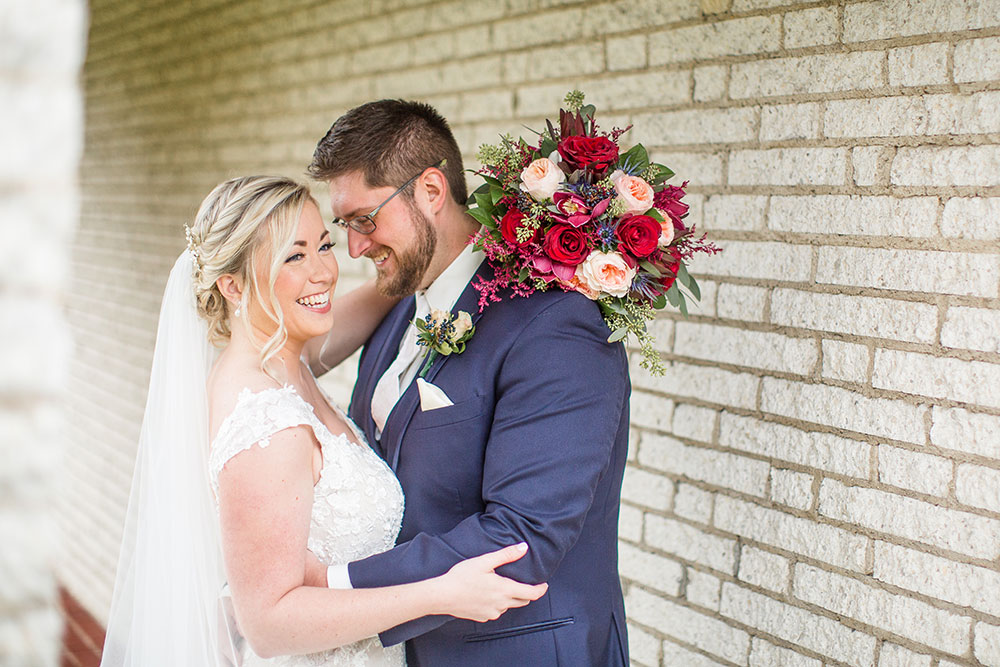 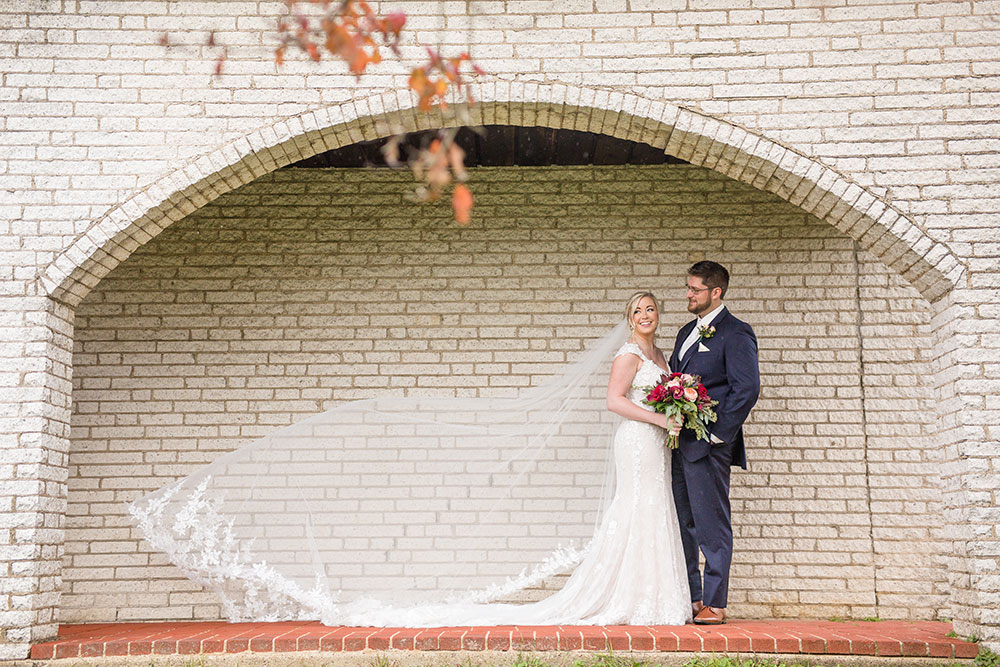 When Katie Met Shane.
In 2010, Katie Pallone was visiting her older sister, Meighan, for a tour of Westminster College in Lawrence County. She was introduced to one of her sister’s good friends, Shane Swigart, at a Halloween party, and when Katie started college the following year, she became part of their friend group. Although there was an obvious attraction, Katie and Shane remained just friends.

Over the next six years, Shane became a beloved friend of the Pallone family. He would see the sisters during holiday breaks and never missed helping out during a move-in day. Even after he moved to Texas for work, he visited the Pallones whenever he came home.

“He’s the most generous person that I’ve ever met, and he’s also the most patient,” Katie says. “This goes even before we dated.”

In November 2016, they admitted their attractions, and after Katie visited him in Texas later that year, Shane decided to move back home so that they could be together. 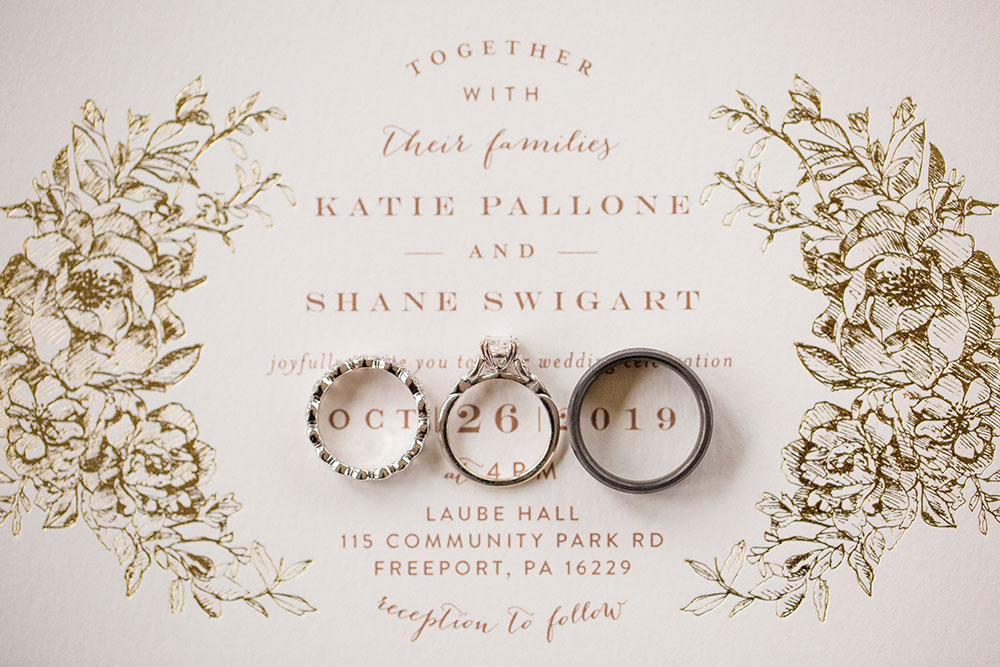 She Said Yes.
When Shane planned a trip for them to New York City in January 2018, Katie’s friends speculated he would propose.

As an art major, Katie was excited to visit the Metropolitan Museum of Art, plus, the front steps happen to be a signature location for “Gossip Girl,” which Katie is a fan of. As she climbed the steps, Shane tried to stall because the photographer he hired to capture the moment was delayed because of the 2018 Women’s March. When Katie tired of waiting and forged ahead, Shane quickly got down on one knee. 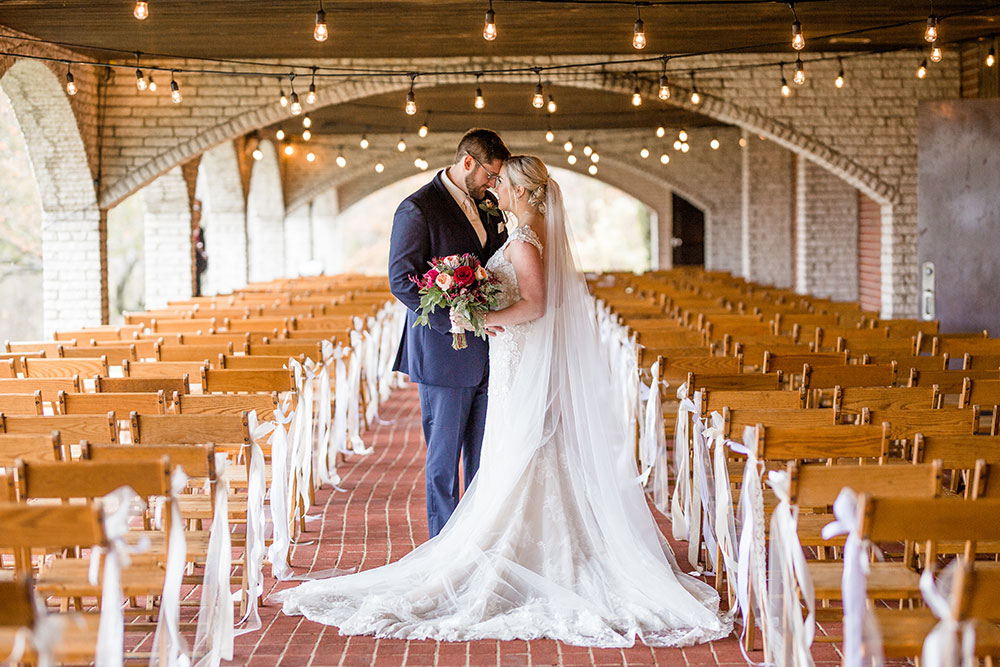 The Big Day.
Although it drizzled the entire day of Oct. 26, 2019, it didn’t stop Katie and Shane from soaking in the presence of the people they hold dearest to them.

“We both have very large families,” Katie says. “We picked [Laube Hall] for our guest size, as well as it’s kind of a blank slate.”

The brick patio at Laube Hall, which their families decorated in romantic string lights and an archway made by Shane’s mother, sheltered their 345 guests from the rain. Katie’s baby nephew wore a newsboy outfit as ring bearer, and her father, a judge, performed a meaningful ceremony.

“It was so quiet when we were saying our vows,” Katie reflects about the rainy day. “It was like a movie.” 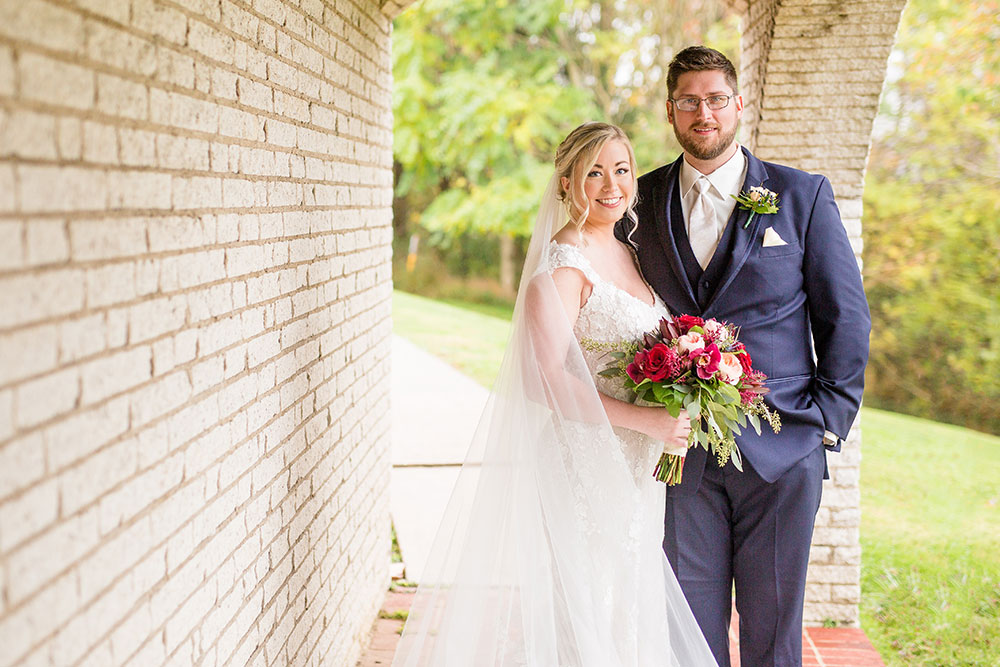 Happily Ever After.
The New Kensington couple plans to celebrate their one-year anniversary with a photoshoot and include their dog, Zoe, who couldn’t be a part of the wedding. Katie, 27, is a sales support representative for U.S. Steel, and Shane, 30, is a territory sales manager for Mauser Packaging Solutions. 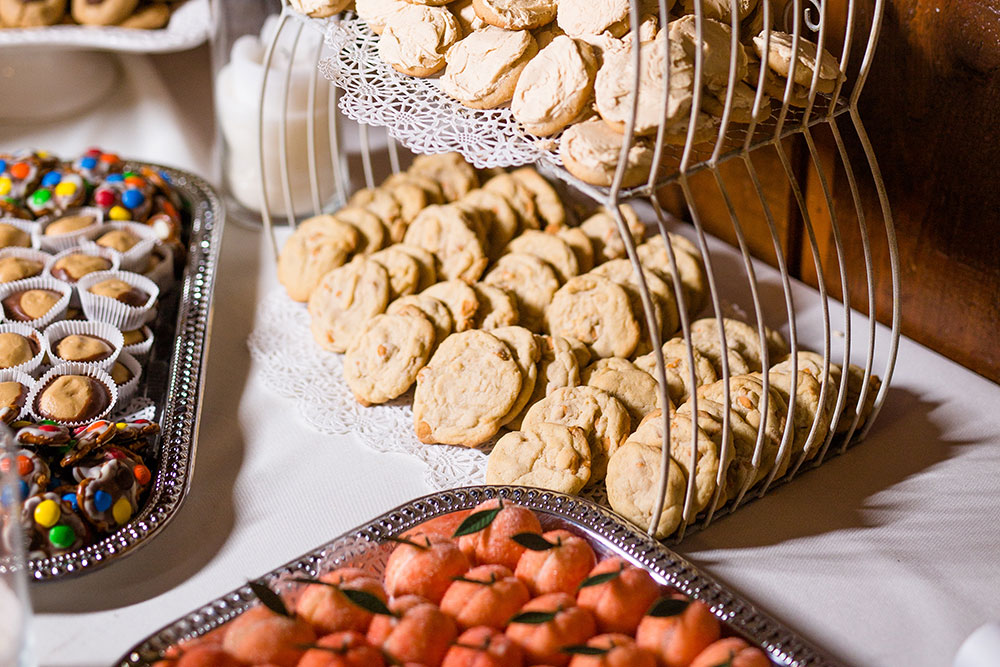 This article appears in the September 2020 issue of Pittsburgh Magazine.
Categories: Weddings