For Pirates' Jameson Taillon: Pressure is a Privilege

As Pittsburgh Pirates pitcher Jameson Taillon enters his first full season with the big leagues, the weight of anticipation has given way to a need to deliver. 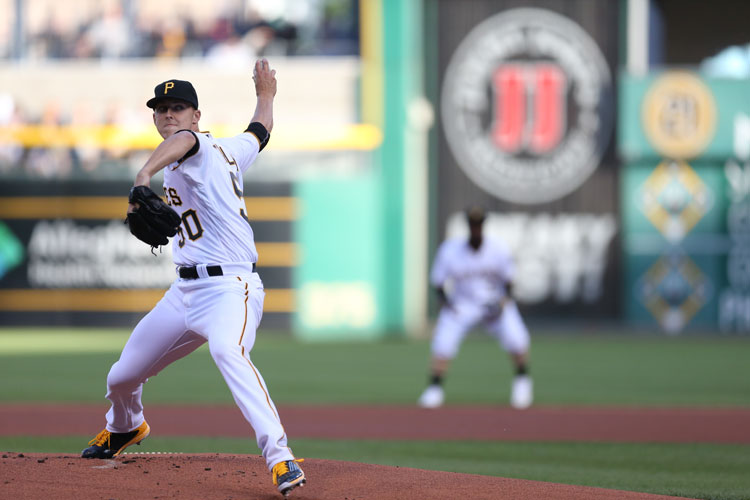 photos courtesy of the Pittsburgh Pirates

With the Florida sun beaming down on the fields of the Pittsburgh Pirates’ spring-training complex in Bradenton, Fla., pitcher Jameson Taillon sits on a bench outside the clubhouse having yet another conversation about expectations for the upcoming season.

He’s been here before — literally and figuratively.

2016 was Taillon’s first “healthy” season in nearly two years, after being sidelined in 2015 with a sports hernia and in 2014 with elbow damage (which required Tommy John surgery).

As the 2017 season dawns, Taillon, 25, reflects on the differences between last year — when he wasn’t yet expected to be a difference-maker in the major leagues — and this year, when the Pirates are relying on him to perform. 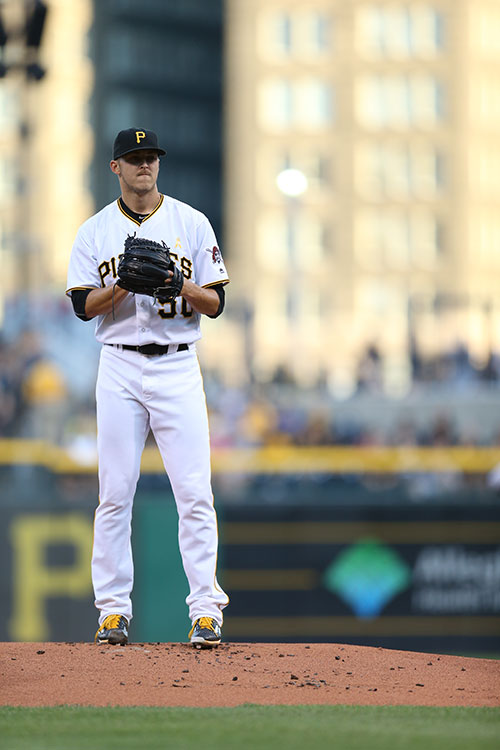 “There were a lot of uncertainties,” he says of entering spring training last year. “I was confident … but I hadn’t pitched against someone in a different-colored jersey in two years. So, I was just as curious as everyone else — how am I gonna pitch? Am I still going to be good?”

Before the injuries, Taillon wasn’t merely good. The second overall pick in the 2010 entry draft was so good that the Pirates plucked him away from Rice University, where Taillon already had signed a letter of intent, with a $6.5 million signing bonus — the sixth-highest ever, according to Baseball America.

​Taillon started the season with the Pirates’ AAA club in Indianapolis, where he went 4-2 in 10 starts with a 2.04 ERA. He received his first major league call-up June 8 against the New York Mets; it was a spot start, but an injury to Gerrit Cole midway through the month led to Taillon’s return to Pittsburgh and addition to the rotation.

He remained there for the duration of the season.

He made a decent showing with the Pirates for a rookie, going 5-4 in 18 starts with a 3.38 ERA. But he fell short of being the savior for which die-hard fans were hoping. With starting pitching still providing the biggest questions for the Bucs — who had a disappointing 2016 campaign — there is no shortage of pressure on the guy nicknamed “Jamo” to put up better numbers this year.

As the 2017 season begins, however, the doubts and uncertainties in his own head have been silenced. Taillon says he is excited to shed labels such as “prospect” and “injured player looking for redemption” for the chance to write a new storyline for himself as a major-league starter.

“I’ve come to spring training in the past being the guy who wants to prove I’m worthy of being in major-league camp,” says the Florida-born, Texas-raised right-hander. “This year all that’s out the door and I get to prove that I’m a major league starter. I get to prove that what I did last year wasn’t a fluke … It feels good. I’m excited to go to work with these guys.”

​Taillon enters the 2017 season as one of few players “set in stone” on the Pirates’ roster. It’s quite a burden on a guy entering his first full year as a major leaguer — but that’s nothing new.

“I’ve had pressure on me, high expectations, pretty much my whole life, so I’m pretty used to it,” says the 6’5”, self-described “big goal-setter.” “I think people are going to expect more out of me. But as far as I go, I’m a pretty chill guy. I’m just going to do my own thing, keep my head down and knock out starts.” 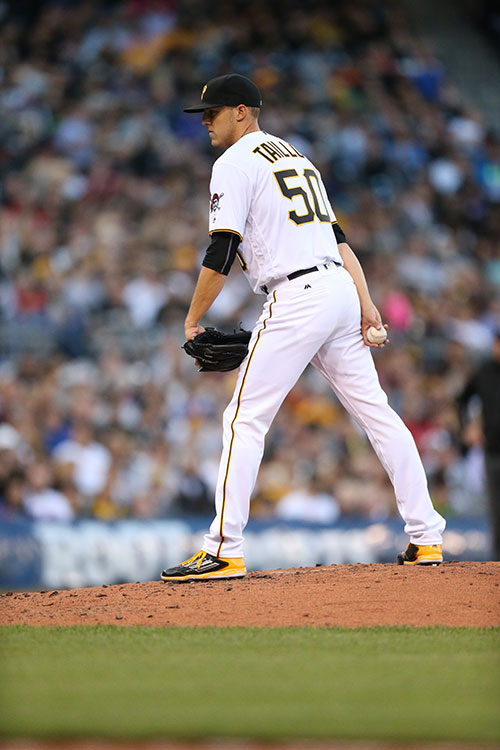 “It’s all about leading when it’s time to lead,” he says. Hurdle, who bristles when asked about his expectations of his players, explains that with Taillon, he’s more concerned with “how he’s going to approach his four days without the ball” than the numbers he puts up when he pitches.

To that end, Taillon’s routine between starts is front-loaded with physical activity — lifting, running, stretching and throwing. It ends on a cerebral note — shifting into “compete mode,” studying scouting reports and applying his game plan for the next start.

“He’s not a rah-rah guy — he’s a doer,” Hurdle says. “He listens so well, he’s an intense competitor … there’s a lot of good fabric to work with.”

​Taillon credits his father with instilling that work ethic, which has seen him through some difficult times.

“I don’t talk much, I’m not cocky, I’m not announcing to the world what I’m going to do — I just stay quiet and do it,” he says.

It’s the kind of attitude that will serve him well as he finally gets his chance to step onto an MLB mound and deliver for his team — ideally, from April through October.

This article appears in the April 2017 issue of Pittsburgh Magazine.
Categories: From the Magazine, Hot Reads, Pirates