Fond Goodbye: Salt of the Earth

The restaurant, a project of original Executive Chef Kevin Sousa and owners Doug and Liza Cruze, marked a turning point in Pittsburgh dining when it opened in September 2010. 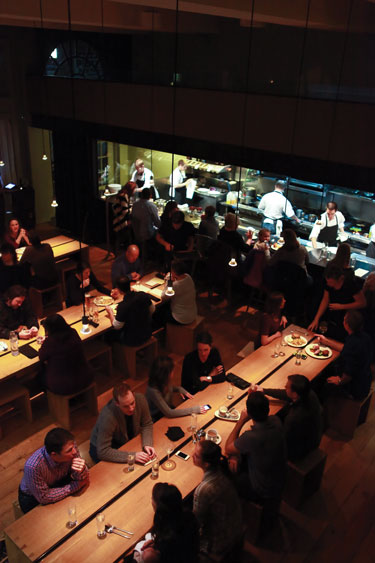 As Pittsburgh Magazine’s restaurant critic and food editor, I wanted to pay homage to what I felt was the most significant local restaurant closing of 2015.

Salt of the Earth in Garfield shuttered on July 30 after a five-year run. The restaurant, a project of original Executive Chef Kevin Sousa and owners Doug and Liza Cruze, marked a turning point in Pittsburgh dining when it opened in September 2010.

Sousa’s forward-thinking, modernist menus at the time were groundbreaking for Pittsburgh. His restaurant was at the vanguard of a new style of destination-dining, contemporary restaurants that focused more on sourcing and creativity than on pleasing a white-tablecloth crowd. Service, while still crisp and efficient, became more relaxed.

When Sousa moved on to other projects, Salt kept the avant-garde spirit but also loosened up to include a wild late-night menu that spurred the creation of the much-missed Salt burger and the first previews of what would become Chad Townsend’s Millie’s Homemade Ice Cream (Townsend was Sousa’s chef de cuisine and later followed him as the restaurant’s executive chef). I revisited Salt of the Earth for my first review for Pittsburgh Magazine in January 2015, and what I found was a restaurant that still was a strong force in Pittsburgh, even if some of the early energy had faded. In the end, Salt closed not because it was falling behind any new openings but because sometimes restaurants simply run their course.

Salt’s legacy lingers in Pittsburgh: Townsend’s ice cream parlor in Shadyside has lines around the block, closing chef Brandon Fisher is running the kitchen at the Rolling Rock Club in Ligonier and former bar manager Maggie Meskey created the bar program at tako and now is the general manager of Pork and Beans. Sousa has said he plans to open another restaurant, Superior Motors, in Braddock. The opening date has not been announced.