Flexibility Key in Success of This Pittsburgh Couple’s Wedding

Rachael Wonderlin and David Kwiatkowski managed to pull off their original wedding plan, despite the pandemic. 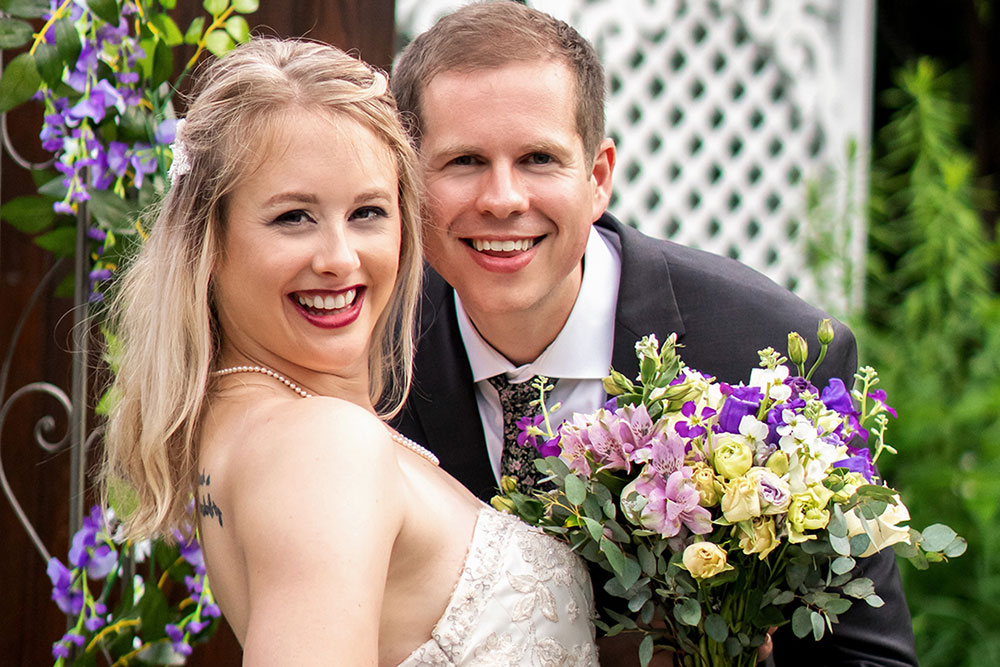 Rachael Wonderlin and David Kwiatkowski love a good laugh — they met during a class at Steel City Improv Theater. When Kwiatkowski proposed there in February 2020, they both agreed April Fool’s Day would be a memorable way to celebrate their connection.

“We move fast,” Wonderlin says. “We always, always talked about having a really small wedding.”

Self-uniting during a morning hike would be the perfect laid-back ceremony, followed by brunch and an Airbnb getaway. Kwiatkowski’s family planned on hosting a belated engagement party for them in early May, while Wonderlin’s family would throw a backyard reception in her hometown in New Jersey in June. 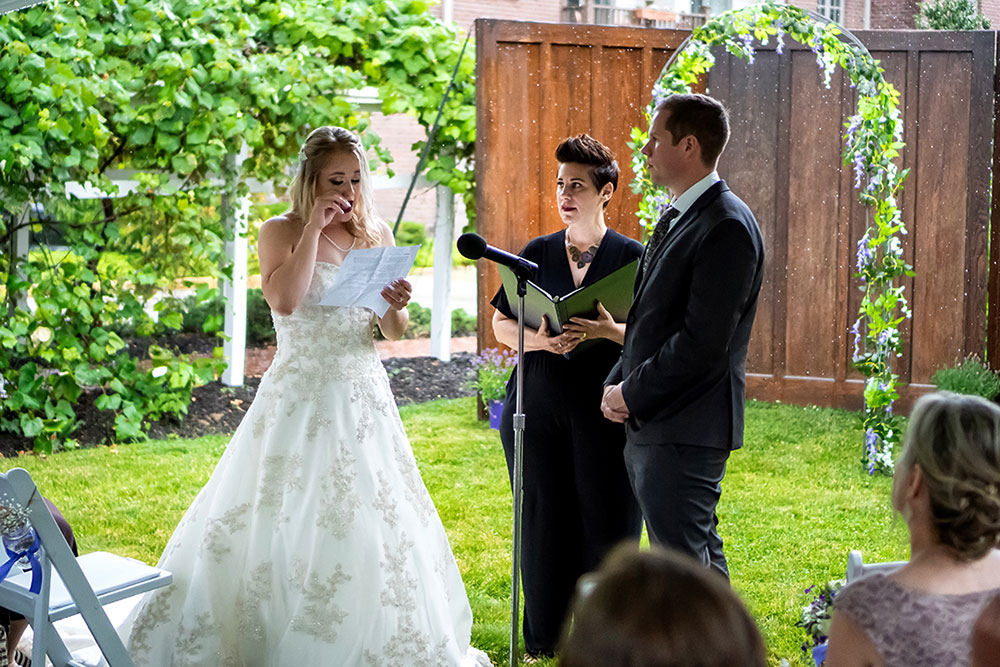 “We’re kind of making up our own rules as we go,” Wonderlin explains about their out-of-order engagement shower.

The easy-going plans seemed foolproof until COVID-19 beat them to the punchline. With spring events canceled, they postponed their engagement shower until July. They hoped summer would bring better luck, so they stuck with their reception date.

Embracing family would have to wait, but their outdoor ceremony went ahead since it wouldn’t break social distancing recommendations. With national parks and restaurants closed, the couple went off-script, winging it along the way.

“We were like, ‘We don’t know when this is going to get crazy,’” Wonderlin says. “‘Let’s just do this while we can.’” 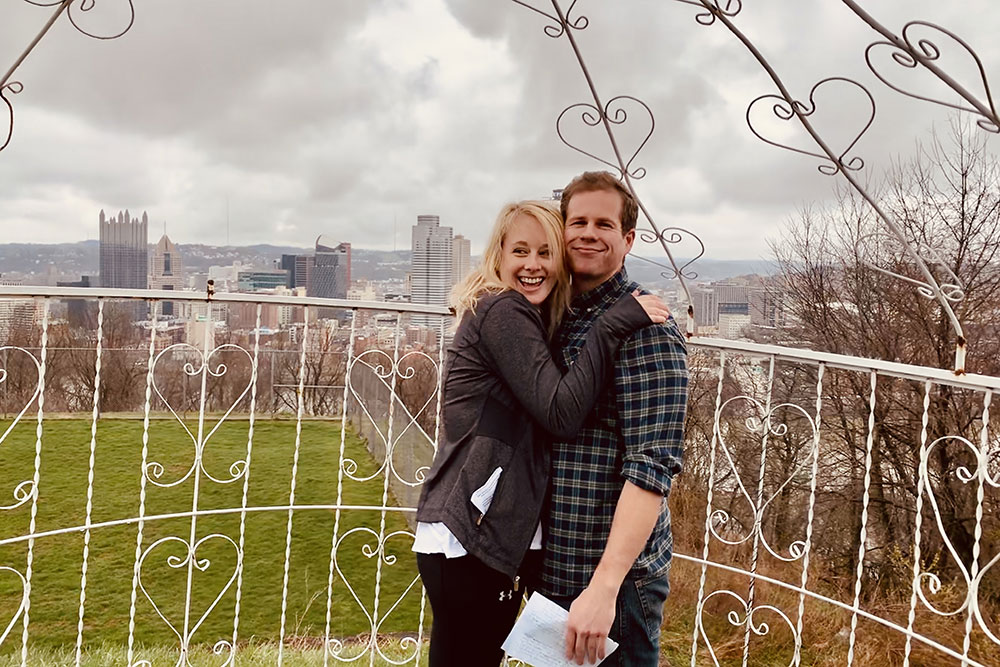 On April Fool’s Day, the couple and their witnesses took a socially-distant hike in Mount Washington Park. After roaming around in the crisp, spring air, they found a gazebo — a perfect spot to read their hand-written vows. As they signed the dotted line, their witnesses showered them with rice.

“It was just kind of a nice break from everything to be able to do it,” recalls Wonderlin. “And, you know, a good story for later.”

“And then the next day, I jumped on his health insurance,” says the amateur comedian with a laugh. 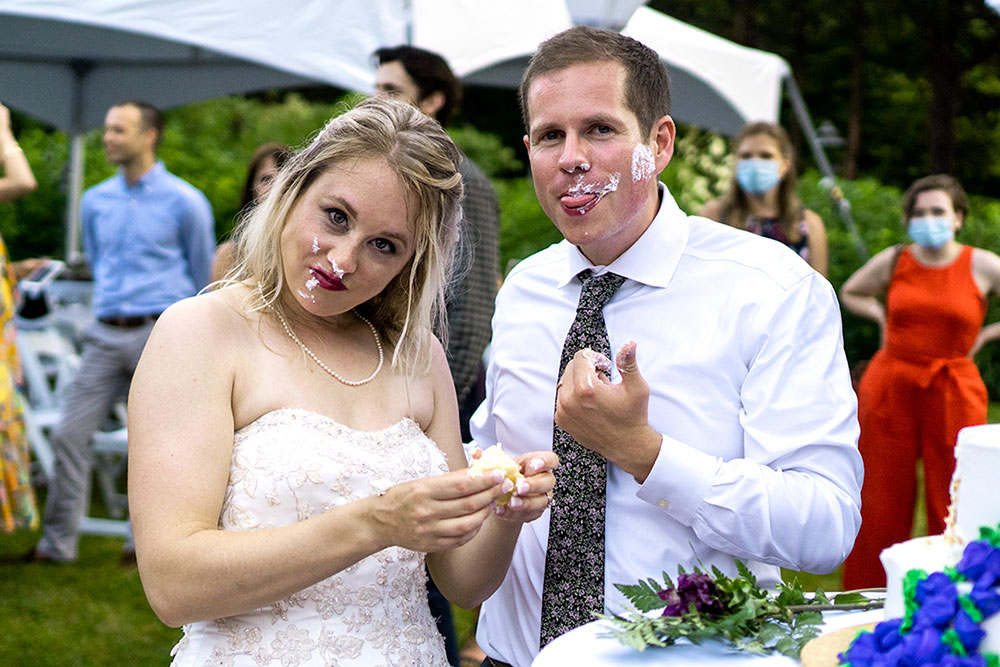 Despite vendor cancelations and bad weather, they still had their cake and ate it too.

“Coronavirus threw some really, really interesting monkey wrenches into our plans,” the bride says. “However, we have not really had to change too much.”

The self-uniting ceremony took the pressure off. But, rereading their vows in front of their loved ones felt more complete. With rain pouring and thunder roaring, the atmosphere crescendoed into an emotional ceremony. 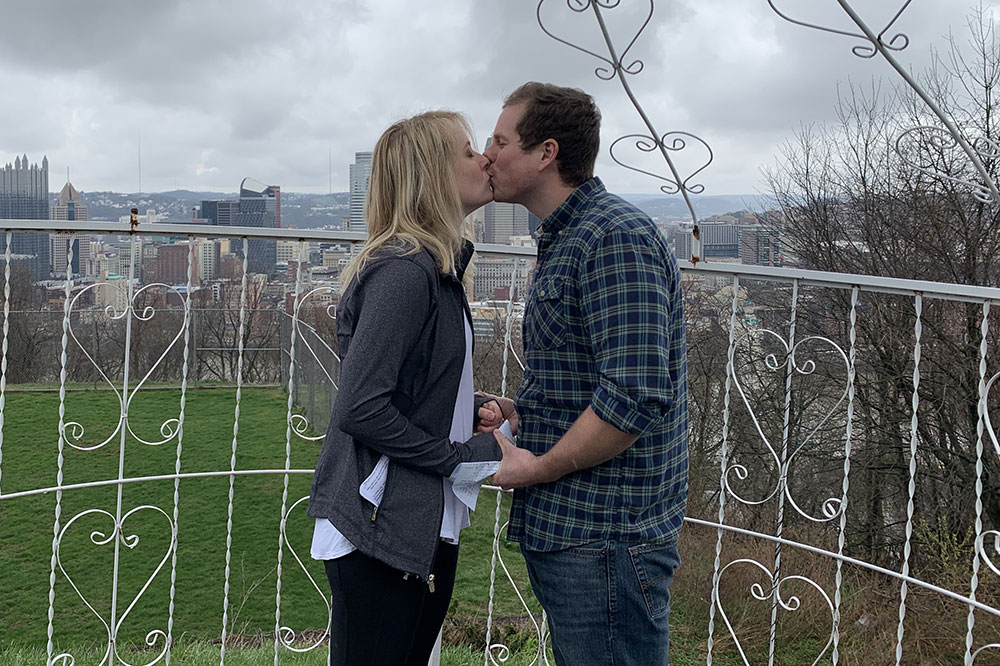 “The thunder was rolling in the background,” Wonderlin describes. “It was a pretty cool setup.”

As the sky cleared, the 35-person party danced the night away to an electronic violinist playing the couple’s favorite rock songs. They celebrated further, parading around the neighborhood, and picked up well-wishers along the way.

The newlyweds are thrilled about pulling off an untraditional, yet love-filled wedding, despite a global pandemic. They just got to celebrate their love a little longer.