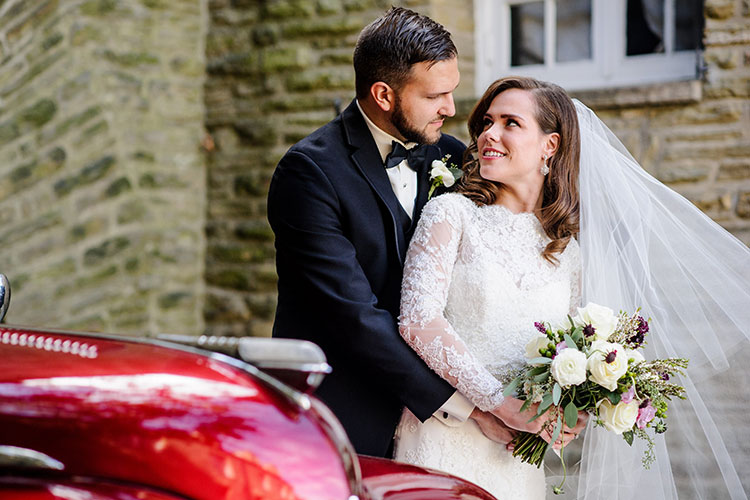 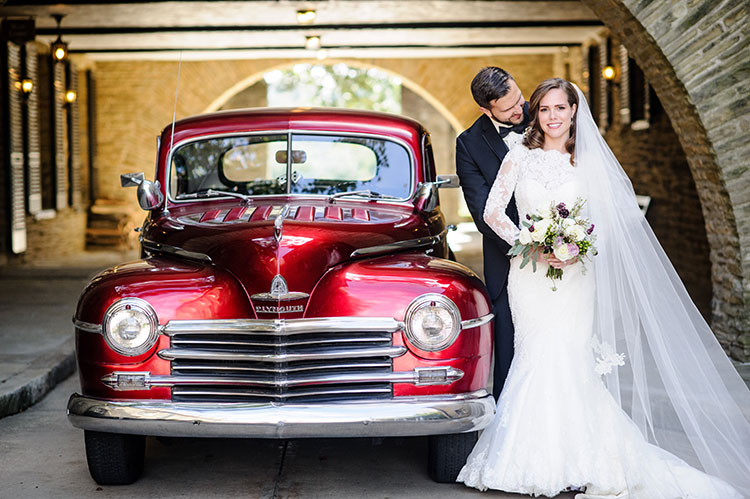 When Andrew Met Ashleen.
Neither Andrew Starr nor Ashleen McCracken was expecting to leave their summer jobs at Home Depot in 2009 with anything more than a bit of extra money in their pockets.

Co-workers sensed a potential match, and the store manager fixed up their first meeting by “coincidentally” asking Andrew to walk Ashleen from her register. From that moment on, the two quickly discovered what their co-workers already had figured out: they were perfect for each other.

From their first date at Fun Fore All in Cranberry Township, they were amazed to discover how many times their paths had almost crossed: Ashleen was a gymnast for several years, attending many of the same meets at which Andrew’s sister also competed. Both ran track in high school, and each was heading to Penn State University in the fall. 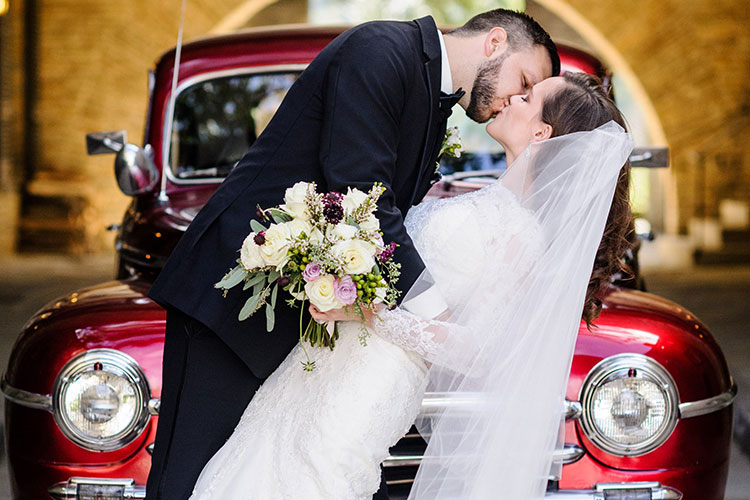 She Said Yes.
Through semesters abroad, graduations, internships and first jobs, the couple became closer over the next few years. On a particularly cold and rainy day in March 2014, they were visiting the Arboretum at Penn State, recalling past conversations about how beautiful a wedding would be in the pavilion. As they reminisced, Andrew dropped to one knee and pulled a ring from his pocket. That inclement weather was quickly forgotten when Ashleen said, “Yes.” 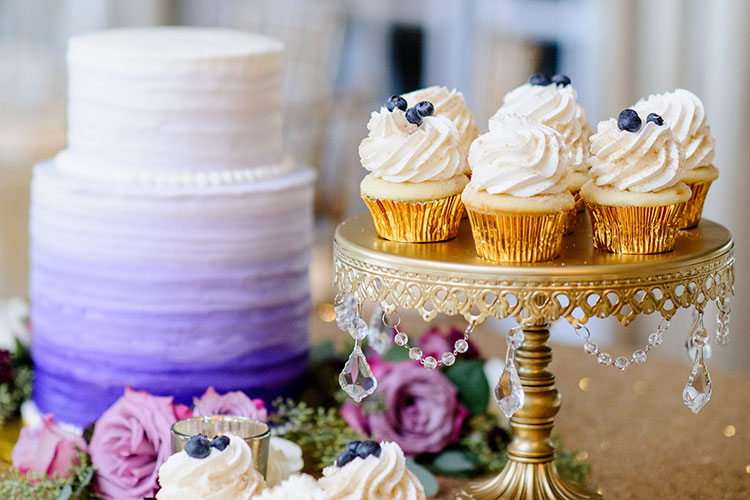 The Big Day.
The couple wanted their wedding to have a vintage feel, highlighted by Ashleen’s late grandfather’s antique car that served as the centerpiece for some of the bride and groom’s favorite photos. In lieu of favors, Ashleen and Andrew donated to Pittsburgh Parks Conservancy’s Daffodil Project, providing guests with embossed cards indicating daffodils would be planted in parks all over Pittsburgh in their honor. “It was a perfect day: perfect weather and everything went off without a hitch,” Ashleen says. 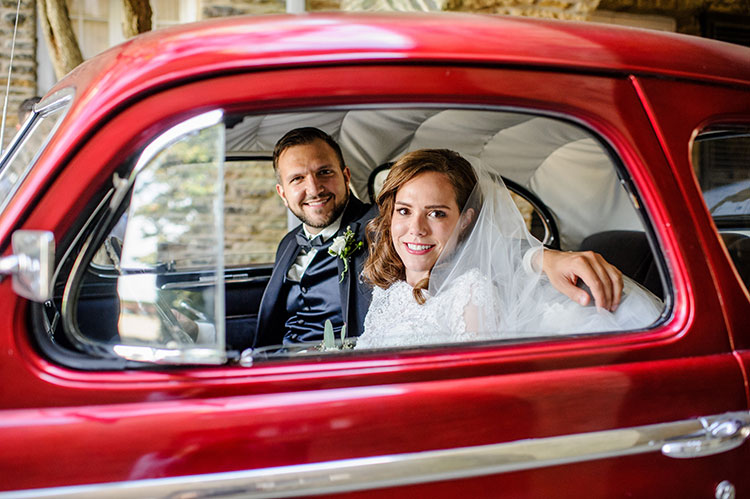 Happily Ever After.
The couple, both 26, honeymooned in Cancun. Ashleen, a landscape architect for Populous, and Andrew, a mechanical engineer for Bechtel Plant Machinery, Inc., have their sights set on buying a home in Wexford next summer. They live in the North Park area with their cat, Mia.