Five Ways to Find Your Movie-Theater Match in Pittsburgh

It’s never a bad idea to wrap your night around a trip to the movies. Unless you know your theaters, however, you’ll be in the dark about how to make the most of the evening. If you’re looking to stretch out your moviegoing experience, we recommend these five local spots. 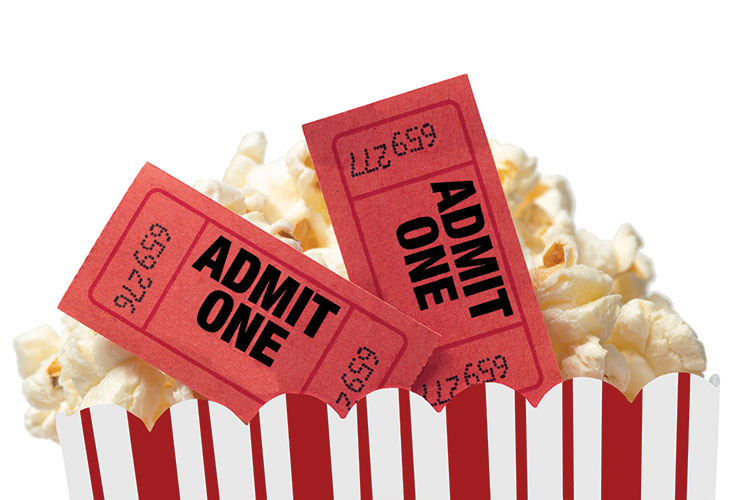 1. Have a Drink at the Cinema.
Blessedly, theaters with bars aren’t the rarity they once were; even some suburban multiplexes can send you to your seats with a beer in hand. If you’re angling for a pre- or post-show beer or cocktail, the Century Square Luxury Cinemas in West Mifflin are a fine choice; they maintain a list of 15-plus bottled brews and six rotating taps, plus liquor and wine. Despite some solid contenders, Century Square also lays claim to the most comfortable seats in town.

2. Grab a Bite at the Cinema.
Pittsburgh is still lacking for a proper dine-in cinema — the flash-in-a-pan presence of that single-screen theater at Latitude 360 notwithstanding — but if you’d like something outside of the nachos-and-popcorn lineup, your best bet is at Squirrel Hill’s Manor Theatre. Don’t let the small size of the concession stand fool you; in addition to the expected fare, it offers zucchini fries, hummus, pierogies, pork potstickers and more. The cocktails aren’t bad, either.

3. Hang Out near the Cinema.
We had it right in the ’90s — movie theaters inside malls are great. There are still a few places to shop and watch in the region, but I prefer Cinemark Monroeville Mall and XD. Before or after the show, walk around the mall and grab a bite in the food court. That’s what we did every week when we were young. It worked for us, it’ll work for you.

4. See a Movie in the Open Air.
If you prefer your nightlife al fresco, the reigning champion of outdoor cinema is still Dependable Drive-In in Moon Township. The longstanding, four-screen drive-in is not only the best of its kind in the area, but it’s also the best movie deal, period, as adults get a double-feature for $8. (And don’t think you’ll only see older features at that rate; recent blockbusters such as “Ready Player One” and “Black Panther” opened at Dependable on the same day they premiered elsewhere.) Prefer a more urban setting for your open-air flicks? Keep an eye out for the city’s annual Cinema in the Park schedule.

5. Go to a Movie at Bedtime.
If 11:30 p.m. leaves you wondering, “What’s next?” rather than, “How soon can I be asleep?” Row House Cinema should be your go-to, having emerged as the best spot in town for midnight movies. A series of weekend horror, camp and oddities has taken shape at the Lawrenceville theater over the past year, including periodic showings of “The Room” — with flying spoons and all — and, for the first time last month, a shadowcast-accompanied screening of “The Rocky Horror Picture Show,” which also can be seen periodically at Dormont’s Hollywood Theater.

This article appears in the May 2018 issue of Pittsburgh Magazine.
Categories: Things To Do