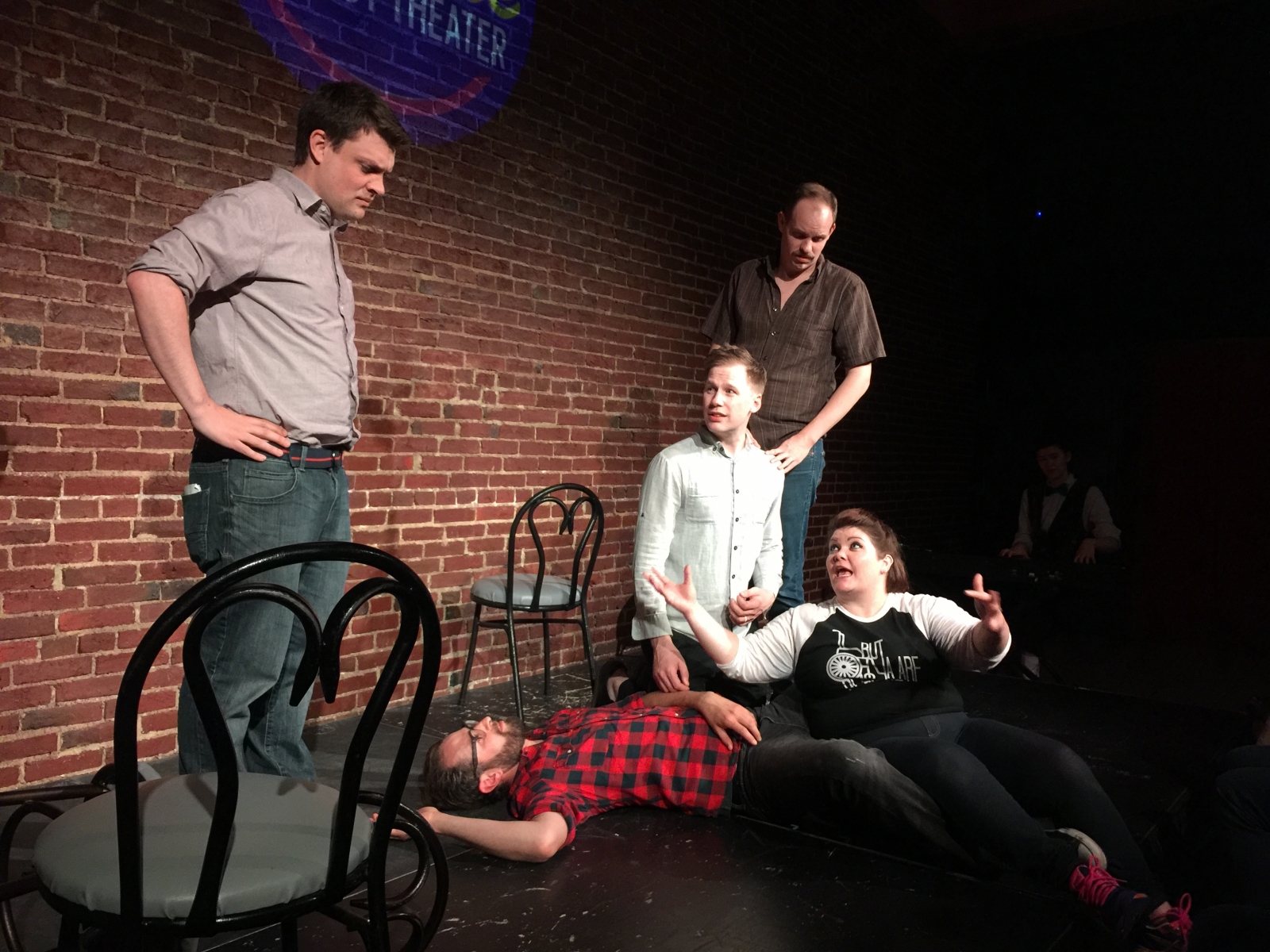 You likely have any number of beloved seasonal traditions on tap between now and New Year’s. For that reason, I set out to pick can’t-miss December events that are decidedly not related to holiday hoopla.

The first three items on this list are not holiday experiences. I made it that far. But then the lure of my favorite Christmas movie and the opportunity to engage in a warm-weather activity while basking in the seasonal glow was just too great.

Here are five great events to get you out of the house and into the … relatively mild weather this December.

Justin & Jerome Experience
Arcade Comedy Theater, Dec. 1
For a sense of how much I personally enjoy the Justin & Jerome Experience (pictured above): I haven’t missed a monthly show since May 2016. Even when I’ve felt like staying in, I end up rolling down to Liberty because I’m afraid I’ll miss something bizarre and wonderful. The two-man sketch and improv team consisting of Justin Vetter and Jerome Fitzgerald (and, frequently, special guests announced, unannounced or unplanned) conjures an absurdist, late-night collection of bizarre humor on the first Friday of each month at Arcade Comedy Theater. This installment is their debut at Arcade’s new home at 943 Liberty Ave.; it also serves as a winter coat drive benefiting Shepherd's Heart Fellowship and Veteran's Home, so you’ll get in free if you drop off a coat.

PigPen Theatre Co. in Concert
Club Cafe, Dec. 4
The CMU-bred PigPen Theatre Co. is wrapping up a run of their delightful play, “The Old Man and the Old Moon,” at City Theatre (as we profiled in our November issue). The group will mark the end of their homecoming not on the theater’s stage, though, but rather by skipping down the street a bit for a concert performance at Club Cafe. The seven-piece collective incorporates musical performances into their plays but also functions as a band, having toured nationally, released albums and performed alongside the likes of Mumford and Sons. Expect furious strumming, earworm melodies and excellent hipster-chic clothing.

Pittsburgh Penguins Star Wars Night
PPG Paints Arena, Dec. 7
All the major (non-football) sports have begun dabbling with the concept of theme nights, once strictly the purview of minor league baseball. Fans are encouraged to attend in costume, the in-game hoopla will be adjusted accordingly and there will likely be some wacky mishap involving one or more mascots. The Penguins’ theme nights are usually fairly straightforward — there was a Halloween game in October, and ’90s night (finally a chance to dust off my Martin Straka jersey) is forthcoming — but the big one is next week: Star Wars night. Wear your rebel best and see if Sidney Crosby has learned to score goals using the force. It’s also a fine way to gear up for the release of “Star Wars Episode VIII: The Last Jedi” a week later.

“National Lampoon’s Christmas Vacation” with Holiday Beer Tasting
The Oaks Theater, Dec. 7
The historic Oaks Theater, a neighborhood-defining landmark in Oakmont since 1938, has diversified its offerings following a renovation; music, comedy and events take up most of the theater’s calendar. Fundamentally, though, it’s a movie theater first and foremost; as one of the exemplars of the mostly extinct neighborhood cinema, it remains one of Pittsburgh’s best places to catch a flick. On Dec. 7, catch the greatest (adult) holiday movie of them all, “National Lampoon’s Christmas Vacation,” with complimentary samples of seasonal beers. (Want to see Clark Griswold’s mishaps on the big screen, but can’t make it that night? The film will also appear at AMC Waterfront 22 on Dec. 21 and throughout Row House Cinema’s Christmas week from Dec. 15-25.)

Holiday Lights Mini Golf
Fun Fore All, through Jan. 2
The After Dark seasonal fun committee (still just me) has never been in favor of confining most activities to certain times of year. For that reason, we heartily endorse the new Holiday Lights Mini Golf offering at Fun Fore All, the family activity park in Cranberry Township. Their two mini-golf courses have been turned into a walk-through (in fact, play-through) holiday light display, essentially combining any other holiday-lights setup you’ve seen with the fun of, y’know, actually doing something. They’ve also got a number of holiday events on the schedule — Santa visits, giveaways, live reindeer — so bundle up and get out there.