A review of the PUFF opening-night film "Ovarian Psycos," plus reviews of "Detroit," "The Dark Tower" and more. 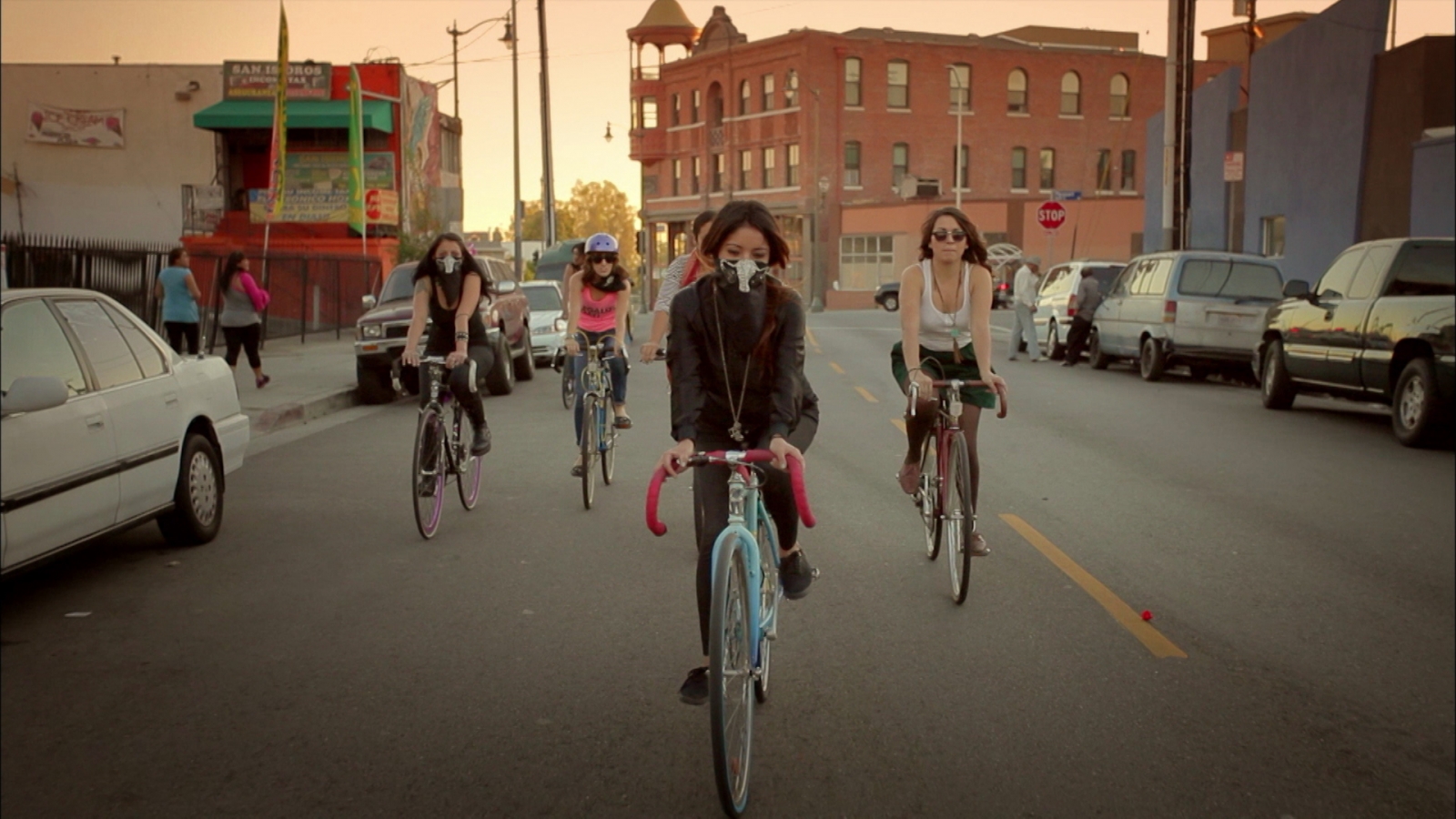 The documentary “Ovarian Psycos” encapsulates the ethos of — and the need for — the Pittsburgh Underground Film Festival.

The new event, presented by ReelQ, includes three days of feature-length screenings, short-film programs (including, for the first time, showcases of works by Pittsburgh-based LGBTQ filmmakers) and lectures. The focus — although the diversity of the films included indicates that’s perhaps not the right word — is on filmmaking and filmmakers who would be left behind even by the festival circuit.

“We started reaching out to filmmakers that we knew were doing really great work — and who were showing more of the political side of what younger LGBTQ people are going through,” says Kevin Lovelace, ReelQ’s Executive Director.

“Ovarian Psycos,” directed by Joanna Sokolowski and Kate Trumbull-LaValle, spotlights the Ovarian Psycos Cycle Brigade, a bicycle collective in Los Angeles exclusively for women of color. The film simply and compellingly demonstrates the need for an organizing group among a segment of L.A.’s urban population consistently faced with violence and frequently silenced, even within their own communities; through profiles of several members of the organization, the film illustrates the world inhabited by these women more effectively than written media possibly could (as demonstrated by an off-base newspaper article featured in the film).

The film is not an ode; it is clear about the ways in which a grassroots collective cannot help, from showing members continuing to deal with past trauma to others simply finding ways to pay household bills. But it is an amplification for voices that are utterly absent from the media at large and cinema more specifically; while documentary film is reaching wider audiences thanks to streaming services, the stories of modern women of color remain hard to find (at best).

“Ovarian Psycos,” aside from being a very fine documentary, is then a perfect opening-night film for the first edition of PUFF — a showcase for filmmaking that would otherwise receive no local showcase, elevating voices absent from local screens.

“The goal of the screening and the discussion afterwards is how people can form community groups to become more active in their community,” Lovelace says. “That’s the goal of the whole festival, but especially that screening.”

“Ovarian Psycos” will screen tonight at the Melwood Screening Room, with speakers (including some featured in the film) to follow. The festival continues through Sunday.

Kathryn Bigelow’s “Detroit,” a grand-scale story of police brutality amid that city’s 1967 riot, is a shocking and troubling document: a real-time dramatization of how lives are unnecessarily lost in conflicts between police and civilians. Like Ryan Coogler’s “Fruitvale Station,” it makes as loud an argument as it possibly can. The only question, of course, is whether it can do more than preach to the choir.

The film’s structure is interesting, starting and finishing with a wide look at the city from the inception to the aftermath of the rioting. In its meaty middle act, though, it zooms into one infamous incident, a series of shootings at the Algiers Motel. That middle section is achingly tense, beautifully acted and skillfully composed — “Detroit” features the rare effective use of a shaky, uncertain camera — and serves as a comment on the more broad segments of the film that precede and follow it.

No viewer will be without sympathy; the most wrong-minded critic of the Black Lives Matter movement could not deny “Detroit.” As with many films tackling issues of social justice, though, it remains a question whether or not films such as this reach audiences beyond those who are already convinced. It is to be praised as a document and a memorial (and, of course, as a film). I suspect that Bigelow set out to change minds, however and I’m not sure that mainstream cinema can do that in 2017.

“The Dark Tower” is finally on the big screen, as the mammoth Stephen King series receives its first cinematic treatment in the form of a relatively short film from the Danish filmmaker Nikolaj Arcel. King's opus has reached a page count topping 4,000, so any adaptation was bound to be limited in scope; the attempt here, in a script from a quartet of filmmakers that spent more than a decade in development hell, is to provide a follow-up to all that written copy. Yes: With more than a million words of source material across several media, the first attempt at a "Dark Tower" movie is a new tale. Perhaps what results will bear some relevance to devoted fans of the series, but if you're walking in cold (as I did), it is bewildering at its best moments and drab at its worst. All involved seem to labor under the illusion that King's world is so rich that it will translate to a vivid film experience with no need for explanation or even basic creativity; rather, the film squanders its few original moments, falling into a humdrum morass almost instantly. It's not precisely bad, but it is never interesting to the uninitiated viewer, save for a few choice images and well-spoken words from leads Idris Elba and Matthew McConaughey. To me, it's a curious disappointment; I can only imagine that for devoted fans, of which there are many, this will be a devastating blow.

The Montage: The period drama “Lady Macbeth” debuts locally this weekend. This is no fresh take on Shakespeare’s play, however; it’s a tale of a woman confined to a 19th-century British manor, driven to increasingly shocking acts in a bid for some semblance of self-control. What starts as a candlelit romance slowly creeps into something of a horror film; it’s very difficult, but quite good … If you’re still looking for a reason to visit the lovely Tull Family Theater in Sewickley, “Jaws” is the theater’s next Classic Tuesday selection. The indelible summer hit deserves to be seen and heard in the theater, and the Tull’s sound and picture is first-rate … It’s Work Week at Row House Cinema, featuring “9 to 5,” “The Hudsucker Proxy,” “Office Space” and “Fight Club.” They’ll also be smashing printers before an “Office Space” screening on Thursday, because, as you may have heard, it feels good to be a gangsta.