Ring in the New Year with “Pittsburgh Today Live” hosts and other First Night favorites. 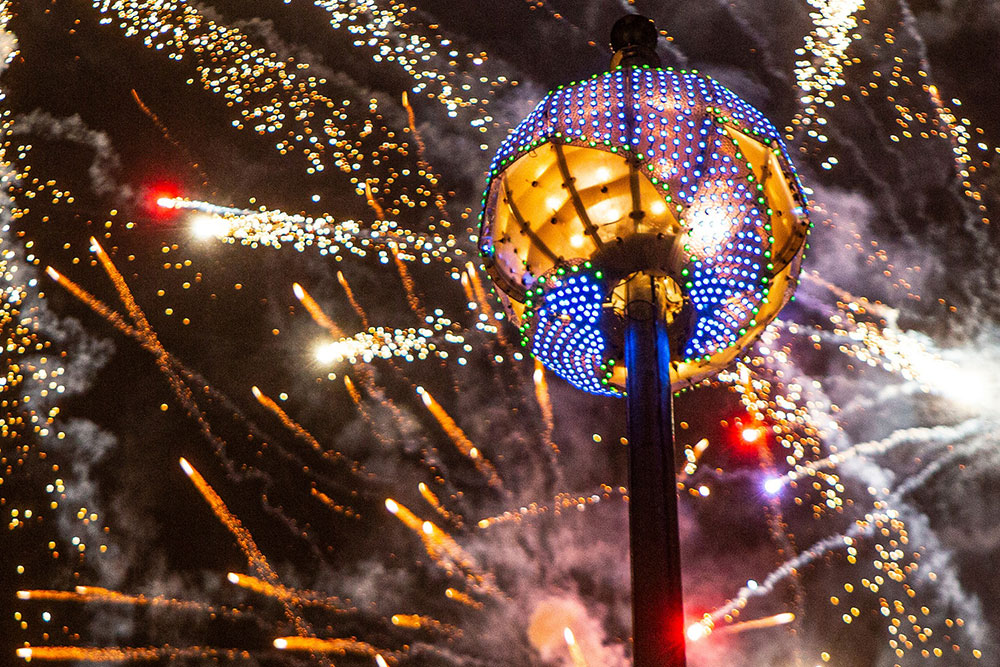 Highmark First Night Pittsburgh, an art-filled New Year’s Eve tradition in the city, is moving to your home on Dec. 31. The celebration will be a one hour TV special starting at 11 p.m. on KDKA-TV hosted by “Pittsburgh Today Live” hosts David Highfield and Heather Abraham.

While the night will look a little different this year due to the gathering restrictions caused by the pandemic, The Pittsburgh Cultural Trust promises that signature First Night Pittsburgh events will still be included. The night will feature the Williams Sing-Off Competition judged by Broadway star Eva Noblezada, Fire and Ice, the countdown to midnight, fireworks, and the raising of the Future of Pittsburgh Ball.

“After the challenging year we’ve all seen in 2020, we thought it was more important than ever to celebrate a new year,” says Sarah Aziz, director of Highmark First Night Pittsburgh for the Cultural Trust. “While nothing can replace the joy of coming together for superior arts experiences in our Cultural District, we are thrilled to make this year’s festival completely free and accessible to the entire community, right from their living rooms as they tune into KDKA.”

The lineup for the night will include performances by hip hop artist FRZY, acting/singing duo Mariand Torres and Nick Duckart, magicians The Evasons, and Steel Town Fire. These performances will lead up to the countdown to midnight and the raising of the Future of Pittsburgh Ball, which has marked the arrival of the new year in Pittsburgh since 2007.