Finding The Steelers’ Next Quarterback Could Not Be More Entertaining

There are candidates aplenty but the options are beginning to dwindle and that has Steeler Nation obsessing and holding its breath. 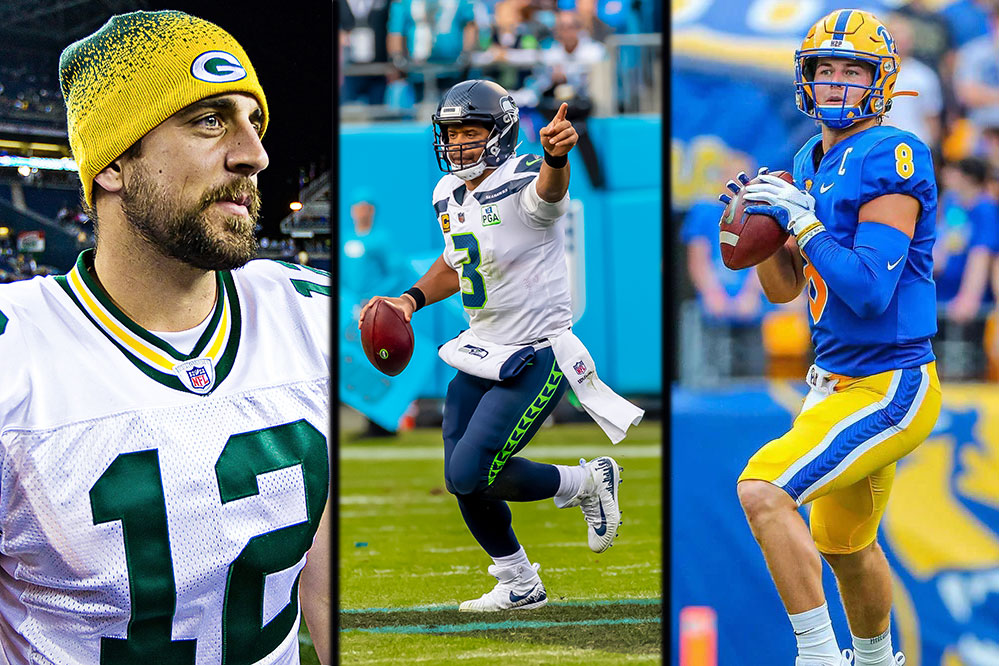 QB or not QB: That is the question.

The dominoes have begun to fall and the initial unfolding of the eventual answer has been fascinating.

The best part is we’re just getting started.

The Steelers know their quarterback will no longer be Ben Roethlisberger. It’s sad to see a franchise icon depart, but Roethlisberger stayed a little too long to the party. He’ll be missed but it was time to transition.

But because of who he was and what he was (perhaps the third-most impactful player in franchise history behind Joe Greene and Franco Harris) identifying the next man up has become nothing less than an obsession across Steeler Nation.

It’s actually a much bigger deal than that.

Aaron Rodgers was seemingly in play momentarily, but truth be told the Packers never had a deal in place with any other team in the event Rodgers decided he wanted out of Green Bay (he doesn’t, as it turns out). They never even had any communications with another team about possibly moving Rodgers.

That didn’t stop the dreamers from contemplating the possibilities.

Russell Wilson was another perceived option, but as it turns out Pittsburgh would have had to surrender the Heinz plant, a basketball team’s worth of draft picks, Najee Harris and one of the three rivers to pry Wilson from the Seahawks.

Carson Wentz? He wound up getting traded, not cut (the Steelers caught a break there because had Wentz gotten cut, as it was rumored he might, the Steelers might have considered signing him and – gasp – actually done it). Bullet dodged.

All of that has kept the idea of drafting a quarterback front and center, even in a draft that’s considered to be relatively lacking in terms of what’s available under center.

Kenny Pickett may or may not make it to the Steelers and the 20th overall selection in Round One, even with his small hands. Believe it or not, small hands are a big deal to enough NFL types that Pickett’s will ultimately limit his NFL options but not prevent him from entering the NFL as the rookie quarterback who is most ready to play right now.

Malik Willis isn’t that guy, but he’s the one with the strongest arm, the most athleticism, the highest upside.

But can the Steelers afford to wait on Willis while they apply the necessary polish?

And will they even get the chance considering Willis’ arm strength and ability and potential are so intoxicating?

Finding a second-tier veteran in free agency is also an option (a guy who has played before but not nearly for as long or nowhere near as well as Rodgers and Wilson have).

The most intriguing of those is Mitch Trubisky, who was once drafted ahead of Patrick Mahomes and Deshaun Watson but most recently served as the backup to Josh Allen.

Trubisky threw eight passes last season, none of which resulted in a touchdown (he completed six for 43 yards, one was intercepted) and there’s about to be a bidding war for his services (as coaches love to tell us, the most important ability in the NFL is availability).

Trubisky appeared on ESPN’s Adam Schefter’s podcast this week and said some things that probably will have Steeler Nation losing its collective senses, if it hasn’t already:

“A legendary franchise. You think of the Black & Gold. You think of Coach Mike Tomlin, Ben Roethlisberger slingin’ it around. Black & Gold, legendary colors, a great historical franchise for the NFL. Hard-nosed football in the AFC North so I got a lot of respect for Coach Tomlin and that great defense they got up there.”

That means it’s gotta be a done deal, right?

Except Trubisky also said wonderful things about the New York Football Giants and Washington (the podcast was posted prior to Wentz getting traded there) and New Orleans and Indianapolis, all of which were/are considered potential landing spots for Trubisky along with Pittsburgh.

Keep that in mind before you photoshop a picture of Trubisky in those legendary Black & Gold colors and post it on Twitter.

The situation is desperate enough that Steeler Nation is apparently even willing to forgive Trubisky for being born in Cleveland (Mentor, Ohio, actually; close enough).

QB or not QB: That is the question.

Anybody but Mason Rudolph seems to be the answer for starters.